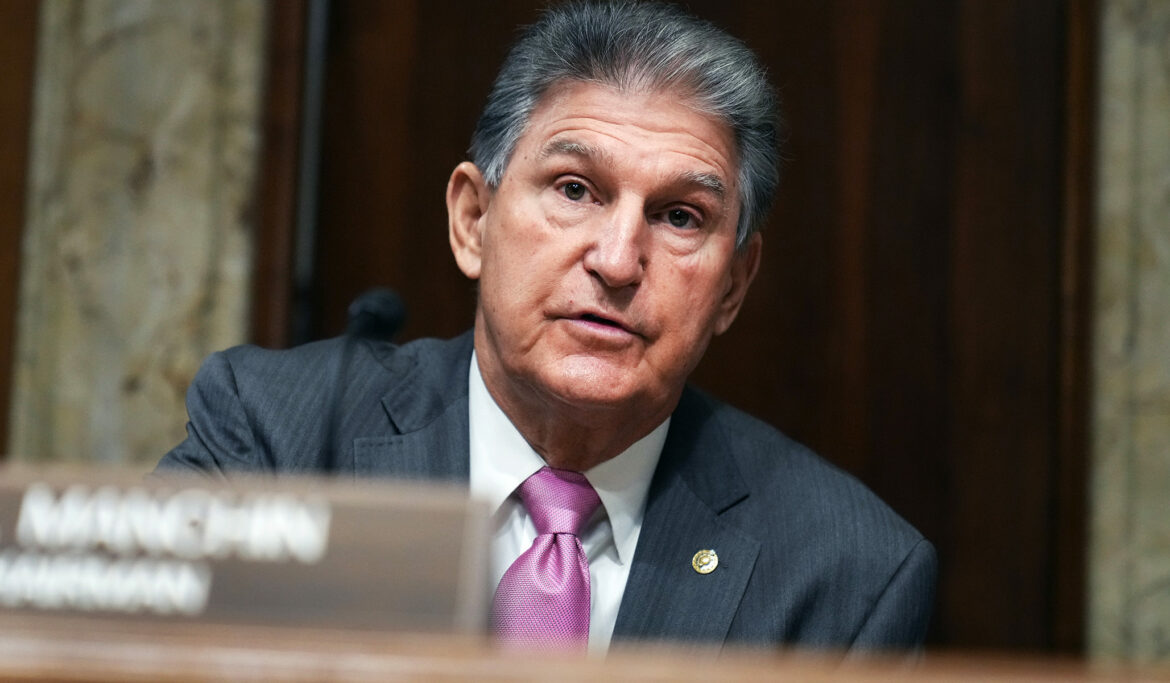 Senator Joe Manchin declared on Sunday that he is a “no” on President Biden’s Build Back Better bill. Good. The radical legislation that sought to spend trillions of dollars to transform America at a time of historic debt was a bad idea that should never even have made it this far.

After months of back-and-forth negotiations, Manchin said, “I cannot vote to continue with this piece of legislation. I just can’t. I’ve tried everything humanly possible. I can’t get there.” The fact that he made the pronouncement on Fox News Sunday no doubt made it sting all the more for progressives, who entertained the fantasy that they had a mandate to enact New Deal–magnitude changes with among the narrowest congressional majorities in history.

In response to the news, Jen Psaki, the White House press secretary, issued a lengthy statement that read more like a temper tantrum than an earnest attempt to restart talks. The statement accused Manchin of lying to Biden and flip-flopping on his stated private support for the “framework” of the legislation. “Just as Senator Manchin reversed his position on Build Back Better this morning, we will continue to press him to see if he will reverse his position yet again, to honor his prior commitments and be true to his word,” the statement read.

While we cannot speak to any private assurances Psaki claims Manchin made to Biden, the West Virginia senator has publicly made his position clear for months, and, as we explained last week, the bill in question violated many of the red lines he had drawn. It was more expensive, was not fully paid for, included accounting “gimmicks” he opposed, allowed for taxpayer funding of abortion, disguised the long-term cost by trillions of dollars by funding many projects for only a few years in hopes they would become permanent, created new programs when the government cannot pay for existing ones, and added to government outlays at a time when inflation is on the rise. Contrary to what Psaki said, the actual flip-flop would have been Manchin’s deciding to vote for Build Back Better. In doing so, he would have broken public commitments he made to West Virginians, nearly three-quarters of whom said they wanted him to oppose the bill.

In the wake of Manchin’s announcement, progressives held out hope that he was merely drawing a hard line at the bargaining table. After all, he indicated opposition to “this piece of legislation” and openness to a bill in which Democrats would focus on a narrower set of priorities and fully fund them for a decade. This is certainly a possibility, and one that should prevent conservatives from fully celebrating. On the other hand, an additional statement by Manchin signaled that he had given it his all and was at the end of his rope.

“For five and a half months, I have worked as diligently as possible meeting with President Biden, Majority Leader Schumer, Speaker Pelosi, and my colleagues on every end of the political spectrum to determine the best path forward despite my serious reservations,” he said. “I have made my concerns clear through public statements, op-eds, and private conversations. My concerns have only increased as the pandemic surges on, inflation rises, and geopolitical uncertainty increases around the world.”

That does not exactly sound like an invitation to entertain a counteroffer. If West Virginia voters can take Manchin at his word of honor, an omnibus Build Back Better bill is dead.

Even if something does emerge from the ashes of Build Back Better, it is going to be much less revolutionary than Democrats had hoped. Remember, this was a bill that they initially hoped would finance subsidized child care, government preschool, paid leave, an expansion of Obamacare, a souped-up Medicare, ongoing monthly payments to families, portions of the Green New Deal, and even amnesty for illegal immigrants.

With Republicans poised to take back at least the House next year, Manchin’s statement likely forecloses the opportunity for any sort of mega-bill to pass in the rest of Biden’s presidential term. That gives conservatives something to celebrate going into the new year.