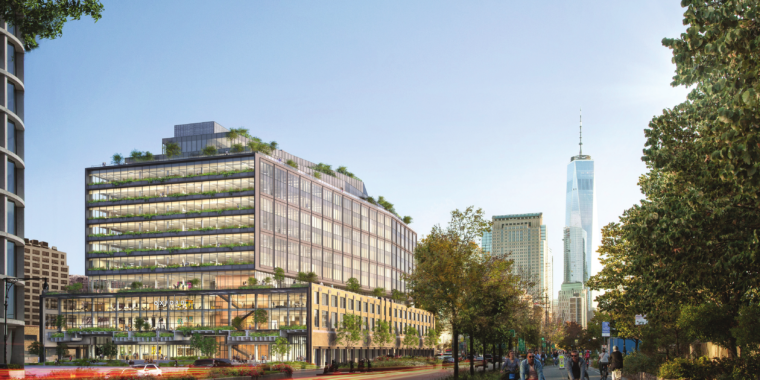 Google is once again snapping up more real estate in New York City. Tuesday the company announced it was buying one of the buildings it currently leases: Google is buying Manhattan’s St. John’s Terminal at 550 Washington Street for $2.1 billion.

New York City is Google’s second-biggest campus after its headquarters in Mountain View, and this building will be part of the 1.7 million-square-foot “Hudson Square campus,” which has expanded several times now. The Hudson Square campus includes the Chelsea Market, which Google bought for $2.4 billion, and the first-ever Google retail store, which opened earlier this year.

St. John’s Terminal was a freight train facility back in the 1930s, and the building transitioned to a warehouse in the ’60s and office space in the ’80s. This latest revamp is still under construction, and like many other Google buildings, Google plans to turn it into a big glass obelisk with lots of plants and outdoor spaces. Google plans to open the building by mid-2023.

This is one of the biggest office space deals since the pandemic started. That’s an understandable record, since COVID-19 is driving more and more people toward remote work, and many aren’t interested in going back to the office. Google gives a nod to this trend in its blog post on the move, saying, “As Google moves toward a more flexible hybrid approach to work, coming together in person to collaborate and build community will remain an important part of our future. It is why we continue investing in our offices around the world.” One of the many industries the pandemic has disrupted is real estate, so Google is buying low.