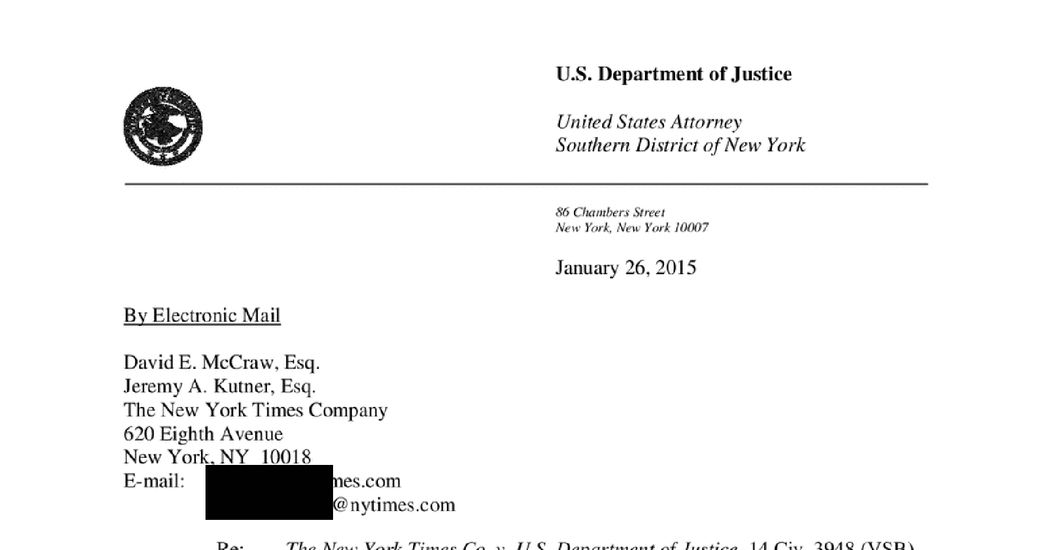 All withheld information exempt under (b)(1) and (b)(3) except as otherwise noted.

However, I am not able to grant the government the precise relief that its motion requests. The motion proposes that a facility should be eligible for this “later-identified” authority if it had not been the subject of a FISA application or emergency authorization prior to May 24, 2007, or tasked for collection under the authority granted in Docket No. or under the Terrorist Surveillance Program as of December 31, 2006. Motion at 4-5. These by their terms, would not preclude the strategic withholding from pre-surveillance judicial review of facilities that were already intended to be subjected to the FISA surveillance at the time the application was submitted. There is no reason to believe that the government has engaged, or would engage, in this practice. However, I conclude that the statute does not permit such an unlimited grant of authority that would, by its terms, allow the initiation of surveillance in those circumstances. The motion is GRANTED only to the extent set out herein.

Accordingly, it is hereby ORDERED that, for purposes of the authority granted pursuant to 50 U.S.C. § 1805(0)(1)(B) and § 1805(c)(3) on pages 11 and 12 of the May 31 Order, NSA shall be deemed to obtain knowledge of the nature and location of a facility when NSA first is able to determine that there is probable cause to believe that the facility is being used or about to be used by a targeted foreign power. Such determination may be made on the basis, in whole or in part, of analysis of information acquired by NSA on or before May 24, 2007, so long as the analysis that first results in such probable cause assessment was completed after May 24, 2007.

In his order in this docket entered on July 27, 2007, Judge Nathaniel M. Gorton noted the pendency of this motion as a reason for not requiring supplementation of the report filed by the government on July 18, 2007, regarding compliance with this requirement. Accordingly, it is hereby ORDERED that, by August 10, 2007, the government shall supplement that report by providing a statement whether, for each of the reported facilities, NSA was first able to determine that there was probable cause to believe that the facility was being used or about to be used by a targeted foreign power based on an analytical assessment NSA completed subsequent to May 24, 2007. In my view, an affirmative statement in this form should generally suffice to show that this requirement was satisfied. Similar supplementation may be sufficient with respect to the reports required by Judges Kazen, Bates, Benson, Scullin, and Kollar-Kotelly, see footnote 1 above, but I do not decide those issues now,