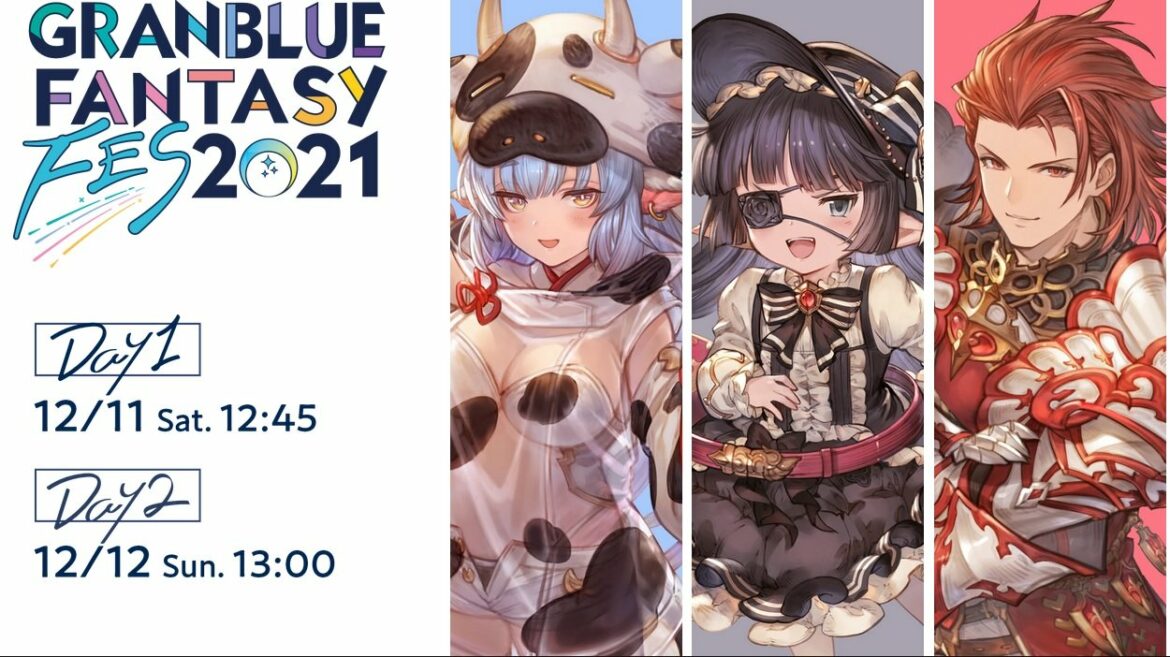 Cygames is holding this weekend of December 11-12, 2021, the usual yearly Granblue FES (festival) event, which will most notably reveal news and development updates on Granblue Fantasy Relink and Versus.

Cygames is already a huge part of the mobile market with Granblue Fantasy, but this year was particularly amazing for the company thanks to the launch of Uma Musume. Mixing idol and horse racing elements. Proposing cute & interesting characters. And delivering a raising simulator that’s so much fun it feels like you’re on the PSP. All of this in 2021 when the genre has mostly disappeared, so many in Japan regardless of age or gender were craving for it, bringing Uma Musume to the top spot of mobile games in Japan ahead of FGO, Genshin, or Granblue.

The first day of Granblue FES 2021 will start at 10:45 PM EST / 7:45 PM PST / 03:45 AM GMT. Click here for other time zones and a countdown. This day will focus on looking back on Granblue so far, with numerous seiyuu as guests and various corners.

As usual, Kato Emiri will most notably be on stream all event so it’s a must watch if you’re also a fan of her thanks to her performance voicing Ayase Naru, one of the protagonists of Pretty Rhythm and Pretty Series, the best anime series of the last decade.

Granblue FES 2021 day 2 will start at 11:00 PM EST / 8:00 PM PST / 04:00 AM GMT. The first corner of day 2 will feature several seiyuu, including Nakamura Yuuichi and Kato Emiri. In other words, two of the three legendary FFXI otaku seiyuu trio will be on stream. With only the great Asakawa Yuu missing. It’ll still be a sight to behold.

Anyway, the reason why most of you clicked on this article is how FES Day 2 will also feature a corner for Granblue Fantasy Relink and Versus news. This will be starting at midnight PST, 3 AM EST, and 8 AM GMT. Click here for a table with other time zones and a countdown.

The full schedule is on the Granblue FES official site.