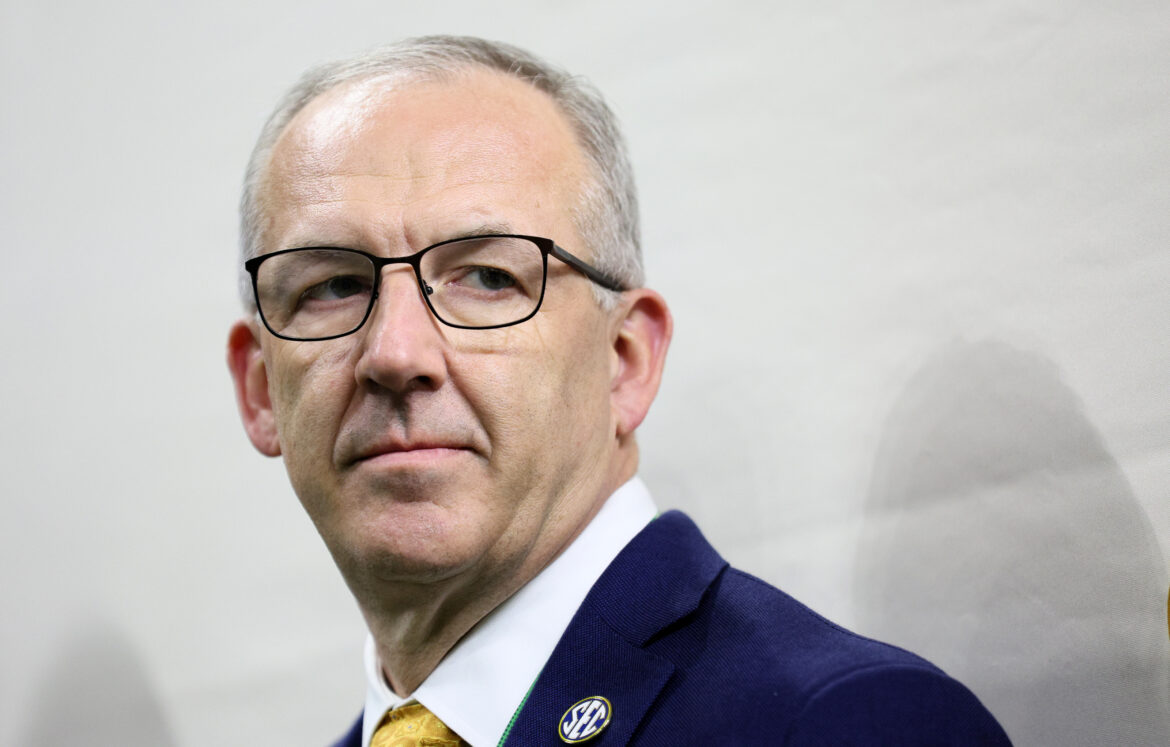 With the College Football Playoff maintaining its four-team format through the 2025 season, SEC commissioner Greg Sankey cleared the air a bit as to where his Power Five conference stands on the topic of playoff expansion.

Sankey spoke with the media at the Alabama Sports Hall of Fame museum recently, which is right across the street from the SEC league office in Birmingham. After taking over for his mentor Mike Slive in 2015, Sankey has without question become the most powerful commissioner in all of college athletics. For better or worse, the SEC has become the tail that wags the dog, so to speak.

Here was Sankey clearing up some confusion about him saying the playoff should stay at four teams while taking in the national championship in Indianapolis, one featuring two of his conference’s best teams and strongest brands: Alabama and Georgia.

While the SEC is good either way, no matter how playoff expansion comes about beginning in 2026 once the lucrative television contract with ESPN expires, Sankey does recognize that expansion is probably good for the overall health of the sport.

In the meantime, the rest of the Power Five will need to step up their game to not let college football be so incredibly SEC dominant. No doubt about it, this is easier said than done.

It really does not matter how expansion impacts college football down the line, the SEC will be fine either way. If it stays at four, the SEC stands the best chance of any conference to get two teams in. They did it again last year with Alabama and Georgia. That is not stopping any time soon. If it goes to six, eight, 12 or even 16, the SEC can handle all the automatic qualifiers thrown their way.

What is important to understand though is the sport is becoming increasingly regional. While Big Ten and SEC country will watch the sport’s postseason no matter what, college football needs to get the nation west of Denver to be invested. The northeast will never understand college football, and that’s fine, but the West Coast is dying to see USC finally get its act together after being awful.

Even if an expanded playoff with automatic qualifiers grossly overvalues some 9-3 Trojans team in a future season, let them be dog food for any program that recruits at an SEC elite level. Upsets happen in college football all the time. Not to say a propped-up No. 8-seeded USC or Miami Hurricanes can take down multiple top-five teams, but on any given Saturday, they could win one.

Sankey has every reason to feel this way, but the SEC needs competition to keep the sport alive.