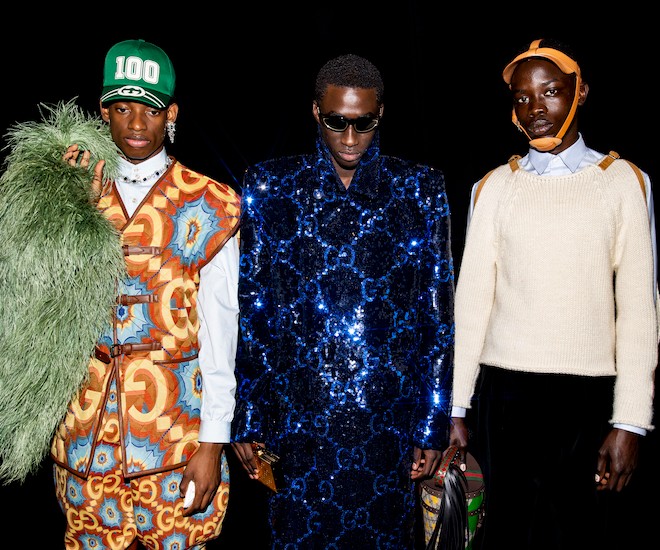 French luxury group Kering has released its Q3 financial results on October 19 and its revenue for this quarter amounted to €4.18 billion.

According to the press release by Kering, the luxury house mentioned its strong growth was attributed to the “very strong momentum in North America.” In the other key regions like Western Europe and Asia-Pacific, the markets were affected by the rising Covid-19 cases during the summer. Despite the sluggish growth, performance in those markets continued to show promising results.

The Group’s cash cow still remains to be Gucci as the brand raked in €2.8 billion from €2.08 billion in the previous year quarter. Despite being the crown jewel, the Italian brand’s performance was not enough to meet analyst expectations of a 9.1 per cent growth, it managed to only gain a 3.8 per cent growth.

On the heel of its centenary celebrations, the brand’s series of initiatives such as the widely-lauded Aria collection and the Gucci Garden, had helped the brand to be a constant conversation point.

“Aria is receiving a very good response of the market, whatever the region, and in China, we see a rebound that I will not quantify,” said Jean-Marc Duplaix, chief financial officer of Kering. During this quarter, Kering pointed to the “successful launch of the Diana bag,” and “good sales momentum continued in North America and Western Europe, particularly with local customers” as wins worth highlighting. The group expects the launch of the Aria collection this coming November to be the arm for Gucci.

As for the other brands under the Group, Saint Laurent, Bottega Veneta and other houses including Balenciaga and Alexander McQueen, all had “outstanding” performances in the third quarter.

At Saint Laurent, it achieved remarkable sales of €652.9 million, which is up 28.1 per cent when compared to 2020. The brand stellar growth continued in all geographical regions, with North America and Western Europe leading the charge. The House “continues to reinforce its appeal in Asia-Pacific.”

Organic sales at Bottega Veneta were up 8.9 per cent in Q3, amounting to €363.4 million. The Group said the brand’s “very balanced growth is driveby by its success with both existing and new customers.” The brand is the only one that is without a social media account but yet it is still able to remain relevant and desirable.

One other brand that has been in the spotlight in the past nine months is Balenciaga. From its “collaboration” with company mate Gucci to the reviving of its haute couture arm after 53 years of lying dormant, the brand has consistently been part of conversations. Kering does not portion individual figures for Balenciaga but together with other houses like Alexander McQueen, the “Other Houses” grouping had revenue totalled €843.7 million.

Commenting on Balenciaga’s growth, Duplaix noted that the brand’s haute couture show helped to shift the perception of the brand away from its usual streetwear flair. Now, it is seeing a burgeoning contribution from its formal ready-to-wear and leather goods.

On the impact of the Chinese market on the Group, it is noted that sales from the Middle Kingdom remained below 2019 levels. Shares of luxury companies fell this week after China reported its gross domestic product, which grew by 4.9 per cent in Q3. The figure is lower than expected and coupled with its crackdown on the wealthy in favour of “Common Prosperity”, it could deprive the luxury goods industry of its biggest engine of growth.

“On the back of an excellent first half, Kering achieved a very solid third quarter at Group level, up double digits over 2019. Saint Laurent, Bottega Veneta and our Other Houses, as well as Kering Eyewear, all posted outstanding performances. With the launch of its Aria collection, Gucci is set for an intense fourth quarter. In a constantly evolving Luxury market, we are strengthening the positioning and distribution of all our brands, providing them with the resources they need to be ever closer to their customers,” said François-Henri Pinault, Chairman and CEO in a summary of the Group’s performance in Q3.

“Sustainability is central to our strategy, and we achieved major new milestones in recent weeks. More than ever, we are investing to sustain our profitable growth trajectory over the long term and poised to successfully pursue our journey.”

Earlier last week, LVMH also announced its Q3 results and reported a 46 per cent increase in revenue compared to 2020. Later this week, Hermès will release its latest quarter results.