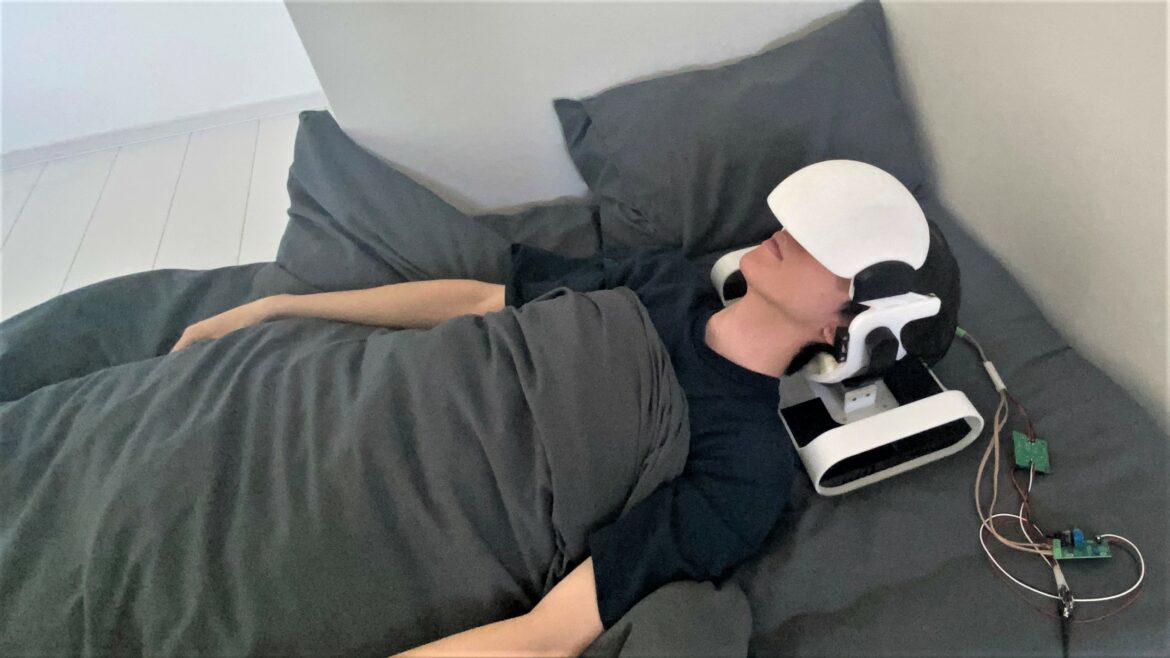 Original Article (December 16th, 2021): HalfDive isn’t a brain-computer interface like SAO’s NerveGear, however it does promise to let users play SteamVR games like VRChat and experience some pretty interesting object interaction via its tethered force feedback solution too. 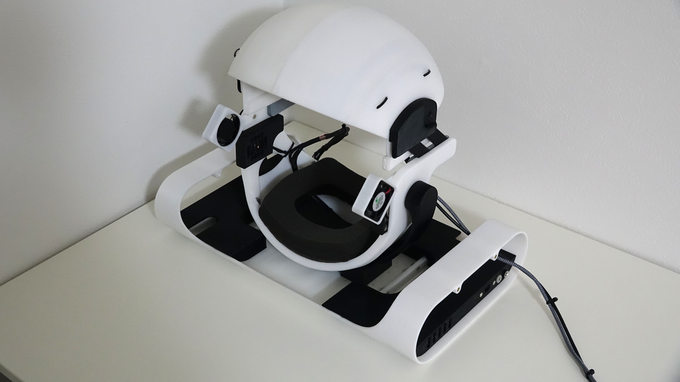 The company previously said it would be providing a more expensive version with variable focus lenses, however the creators say the variant is too difficult to mass produce. There won’t be a stretch goal for vari-focal lenses either, something Diver-X says they’ve decided as to better focus on development and production.

Controllers haven’t been revealed yet either. The creators are ostensibly still working on its promised foot-worn ankle controllers and the Vive Index-style hand controllers, which it teased in previous marketing material. Its force feedback cuffs appear to provide a place to attach Vive Trackers at least. The company says its working to integrate support for Tundra Trackers as well.

As for functionality: unlike standard VR headsets, which require you to strap them to your head for optimal fit and image clarity, HalfDive is more of a passive experience that seems to cradle your head rather than tightly affix it in place. Diver-X CEO Yamato Sakoda adjusts himself into a prone position and slips on two hand-worn cuffs that are tethered with retractable wires to force feedback modules in the base of the unit.

Diver-X says its design primarily allows users to operate in VR without any pressure on the head, and as a result covers 99% of all human head sizes.

As you’d imagine, a user laying on the ground has a different expected range of motion is than someone using a VR headset in either sitting or standing positions. The headset’s range of motion was previously described by Diver-X as 4.5 degrees of freedom (DOF), further calling it “virtual 6DOF”. We can see what that means functionally in the video of the 3D printed third prototype below as he adjusts the visor down into the optimal viewing position and angles it left and right, also called ‘yaw’.

What the gif doesn’t show is it can also apparently pitch up and down (relative to the user’s point of view) to a lesser degree. Still, that action looks pretty stiff, and even with the promise of a smoother injection molded body, looking around will decidedly require more effort than with a standard VR headset in either seated or standing position.

Construction of the mold for mass production is said to take place in February 2022, with completion estimated for May. Shipping is said to arrive sometime in Summer 2022; Kickstarter funding tiers are marked as releasing in August 2022.

It’s an innovative design for sure, however HalfDive is probably not for everyone. Playing VR games whilst laying down—but positioned in the VR world as if you’re standing up—may cause discomfort in some users depending on the amount of movement required in the game. Vection, or the motion that’s implied by movement in your visual field, can lead to discomfort if artificial motion and your body’s expectation of that motion don’t match up well enough.

That’s essentially why room-scale games without any type of artificial locomotion are usually the most comfortable to play, while games that toss around your point-of-view with topsy-turvy game geometry, or include heavy expectation of frenetic movement, are often the least comfortable among the bunch.

Granted, HalfDive looks pretty ideal for watching Netflix in the void theater, and maybe even hanging out in VRChat for a chill virtual face-to-face that doesn’t require too much virtual locomotion. We’re looking forward to seeing more as the headset exits its third prototype phase and heads closer to mass production in early Summer 2022. Again, you can check out the Kickstarter here.