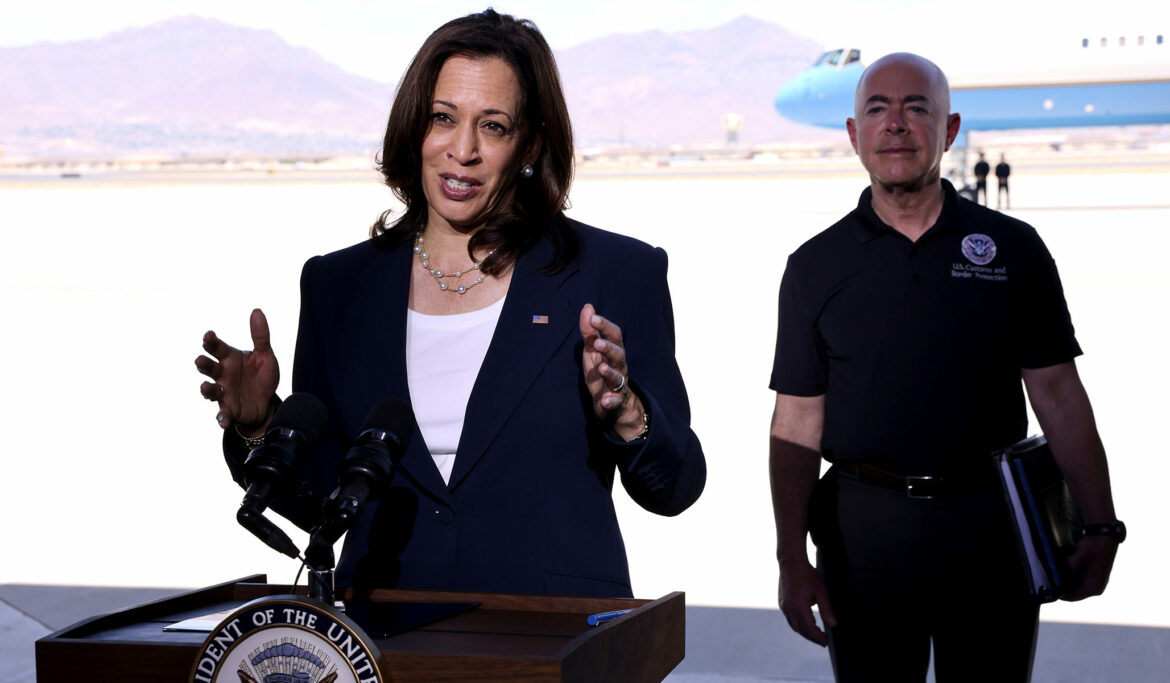 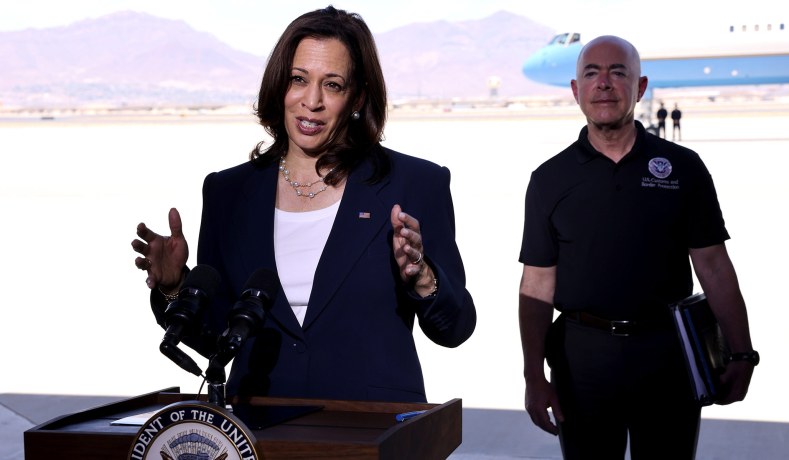 Vice President Kamala Harris on Friday claimed that images of Border Patrol agents swinging long reins while interacting with Haitian migrants were reminiscent of the treatment of African Americans during “times of slavery.”

“There needs to be consequences and accountability. Human beings should not be treated that way,” the vice president added.

The announcement comes after the media caused a frenzy by falsely portraying the videos and photos as showing agents hitting the migrants with whips. It was later revealed that the agents were in fact wielding the long reins that make it easier to maintain control of their horses, according to Border Control chief Raul Ortiz.

Ortiz said that he did not believe that the reins had been used to strike any refugees and none of the photos or videos that have circulated of the interactions appear to show the reins making contact with migrants.

George Syer, a retired horse patrol coordinator in the Rio Grande Valley and Border Patrol supervisor, told National Review that the mounted agents were acting according to standard procedure and that the primary safety priority of riders is to prevent a collision between human and horse.

Still, the Department of Homeland Security announced this week it would be investigating the incident amid mounting concerns among members of the president’s own party over the inhumane treatment of Haitian migrants.

DHS secretary Alejandro Mayorkas said Friday that the agents shown in the images have been assigned to administrative duties and are not interacting with migrants while the investigation is under way.

President Biden on Friday condemned the Border Patrol’s treatment of the Haitian migrants. He said the behavior of agents on horseback was “outrageous.”

“It’s horrible what you saw. To see people like they did, with horses, running them over, people being strapped, it’s outrageous,” Biden said. “I promise you, those people will pay. There is an investigation underway right now and there will be consequences.”

On Thursday, the White House announced that the use of horses at the border would be temporarily paused, a decision that received pushback from the president of the Border Patrol union’s chapter in Del Rio.

“The horse patrol unit is an effective means of apprehending immigrants who illegally cross our borders every day, along with searching for those who are sick or injured and stranded in the brush,” union president Jon Anfinsen said in a statement. “Suspending them all for even a brief amount of time takes away one of the few remaining units that have been in the field making arrests and rescues on a regular basics.”