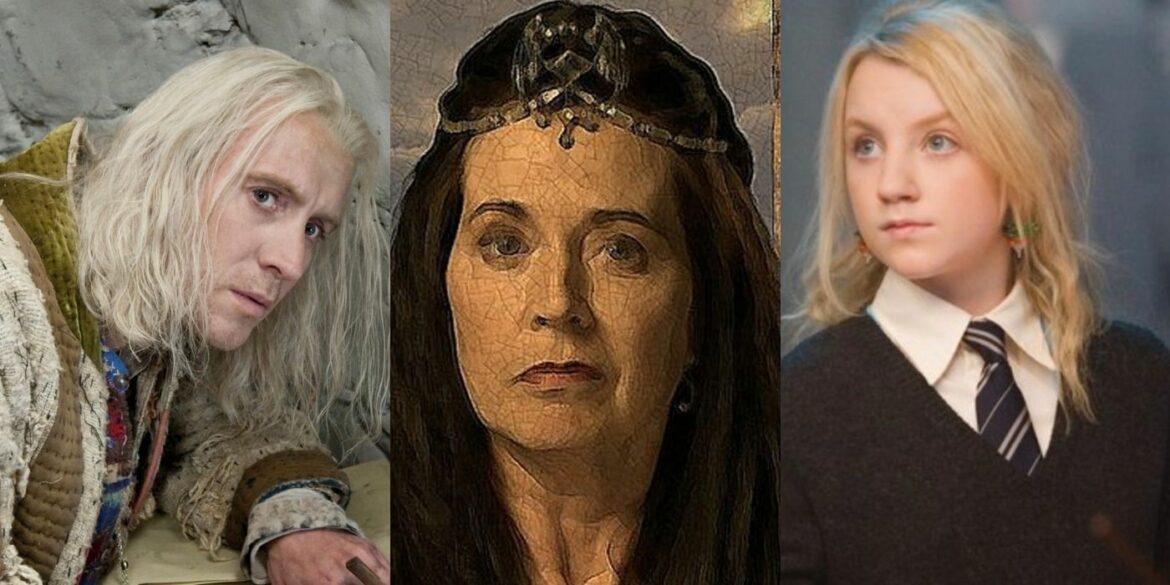 Ravenclaw has produced some of the most influential and brightest witches and wizards in Harry Potter’s wizarding world history. Many Ravenclaws have gone on to become Ministers for Magic, Hogwarts professors, and famed scholars. Ravenclaw’s ideals, intelligence and creativity, are requirements of a great witch or wizard, so it is no surprise that several great individuals were sorted into this house.

RELATED: The 5 Most Admirable Ravenclaw Traits (& The 5 Worst)

However, while a keen and intelligent mind can often be a force for good, it can just as easily allow for the evil mind to reach its goal. Many Ravenclaw alumni had a big impact on the wizarding world, regardless of how well they embodied the values of their Hogwarts house.

Updated December 21, 2021 by Hilary Elizabeth: Ravenclaw might not have as high of a profile as other Hogwarts houses like Slytherin or Gryffindor, but the house has still been home to some of the most impactful witches and wizards of all time. Who’s the brainiest of the brainy when it comes to Hogwarts’ most intellectual house?

Gilderoy Lockhart could undoubtedly be considered one of the most successful Ravenclaws in the modern era, but he unfortunately does not live up to the house’s ideals of intelligence and knowledge.

He may be an exceptional talent when it comes to memory charms, but that seems to eat up the entirety of his brainpower because aside from that he’s astoundingly stupid. In his brief tenure at Hogwarts, his tweenage students consistently displayed more smarts and common sense than he did.

More commonly known as Moaning Myrtle, Myrtle Warren may have been an influential ghost, but whatever she did was incidental rather than a conscious choice on her part.

Myrtle’s death by Basilisk was a game-changer for Harry Potter’s story, but she never actually figured out what killed her; her death was only a clue that the characters used to figure out what was happening. Myrtle had decades to ponder over how she was killed and by what, but a few second-years figured it out in a matter of moments, which doesn’t paint this Hogwarts ghost in the best light.

Cho Chang was an exceptionally talented witch, though the movies did not do the best job of showing this. The character was mainly shown as a love interest for Harry, creating a love triangle between the Boy Wizard and Cedric. While this also occurred in the books to an extent, the novels also highlight her talents as a witch. Cho was an exceptional student who was adept at charms and defensive magic.

Additionally, Cho returned to Hogwarts in order to fight in the Battle of Hogwarts, illustrating her command over defensive magic by dueling several Death Eaters and surviving the battle.

Helena Ravenclaw was the daughter of Hogwarts founder, Rowena Ravenclaw, although she would eventually be more widely known by the name “the Grey Lady.” Helena Ravenclaw became a ghost at Hogwarts after her murder by the jealous Bloody Baron.

RELATED: 10 Areas Of Hogwarts That Didn’t Make It Into The Harry Potter Films

Despite her death, Helena Ravenclaw would continue to take a keen interest in reading and learning. She was often spotted sitting in on lessons and reading in the Gryffindor tower, and she surely left an impression on plenty of Hogwarts students.

While Professor Quirrell will always be remembered for the fact that he allowed himself to be possessed by Lord Voldemort, fans should not forget how shrewd he was. Quirrell had a keen academic mind and excelled in theoretical learning, although this theoretical knowledge didn’t always translate into practical mastery.

As a result, Quirrell was far from the most powerful Ravenclaw wizard, but he was certainly a clever one. This intellect could be seen in the fact that he managed to both find Voldemort and conceal this from Albus Dumbledore.

Professor Trelawney isn’t exactly the typical intellectual that most imagine when they hear the word “Ravenclaw,” but she undoubtedly had a knack for thinking outside of the box.

The majority of her career at Hogwarts seems to be driven by her belief that her random thoughts were literal psychic visions, but as the woman who made the prophecy about Harry Potter and Voldemort, Sybill Trelawney ironically and unintentionally changed the course of history with her lone legitimate foretelling.

It’s not hard to see where Luna gets her uniqueness from, as her father Xenophilius is just as much of a lovable oddball as she is. And although trying to turn the Golden Trio over to Death Eaters wasn’t his finest moment, in the end, Xenophilius’ impact on the wizarding world was likely positive.

The magic community at large initially wrote him and his work with The Quibbler off as nothing more than nonsensical rantings, but as time went on, it became one of the only reliable news sources for witches and wizards.

Laverne de Montmorency was a highly skilled witch who specialized in the field of potions. After graduating from Hogwarts in the early to mid-19th century, Montmorency took a keen interest in love potions and became an expert in the field. As a consequence, she went on to invent several new love potions.

Due to the fact that love potions are notoriously difficult to brew and she actually invented her own, Montmorency was given her very own chocolate frog card in order to honor her accomplishments.

Garrick Ollivander is generally considered to be the best British wandmaker, a trade his family is known for. This status as a fine wandmaker also carries with it a vast knowledge of wands, making Ollivander an expert in wandlore.

In addition to being highly skilled and knowledgeable in wand-making, Ollivander also has an eidetic memory; the wandmaker famously remembers every wand he has ever sold.

RELATED: 10 Worst Laws Made By the Ministry of Magic, Ranked

Aside from her assertion that wizards have the right to party, Bagnold also oversaw the arrests of several Death Eaters after the fall of the Dark Lord, so she thankfully had a positive impact on witches and wizards at large.

Luna was one of the brightest and most talented witches in her year. Despite her eccentricities and difficulties socializing, Luna Lovegood excelled in her studies. She was very talented at charms and defensive magic. By age 14, she was able to cast a corporeal Patronus charm.

It’s hard to imagine Harry Potter defeating the Dark Lord without Luna’s assistance, so her impact on the world was far-reaching. After her studies at Hogwarts, Luna became a world-renowned magizoologist and traveled the globe to discover new and unseen creatures.

Filius Flitwick was the charms professor at Hogwarts during Harry’s time as a student. Flitwick was clearly a master of charms, to the extent that the teacher even invented several of his own spells. In addition to charms, Flitwick was also very capable of defensive magic, an ability which could be seen by his performance in the Battle of Hogwarts.

Professor Flitwick is also a creative individual as he is also the conductor of the Hogwarts choir. This means Flitwick fulfills both the intelligence and creativity ideals of the Ravenclaw house. Plus, as an educator of so many magical folks, his influence in the Harry Potter universe can’t be overstated.

Ignatia Wildsmith was a Ravenclaw who took a notable interest in the field of herbology. It is in her study of herbology that Ignatia discovered the marvelous properties of the Floo plant. After studying these properties, Ignatia managed to create a powder from Floo that would become the basis for travel via Floo powder.

Wildsmith is credited with the invention of a new form of transport — the Floo Network. This allowed witches and wizards to travel through fireplaces, allowing those without the skill to Apparate the ability to travel quickly and easily.

No other witch or wizard could have topped the original, Rowena Ravenclaw, founder of Ravenclaw House and one of the four founders of Hogwarts School of Witchcraft and Wizardry. Ravenclaw built her house on the ideals she valued and embodied — intelligence and creativity.

Rowena Ravenclaw is considered to be one of the greatest witches and wizards of all time, and her love and passion for learning make her one of the most intelligent as well. Her choices and ideas undoubtedly influenced all of the successful Ravenclaws in the wizarding world.

NEXT: 5 Reasons Hermione Should Have Been In Ravenclaw (& 5 She Was Rightfully Placed In Gryffindor)


Next
The Lord Of The Rings: The 10 Saddest Things About Bilbo Baggins