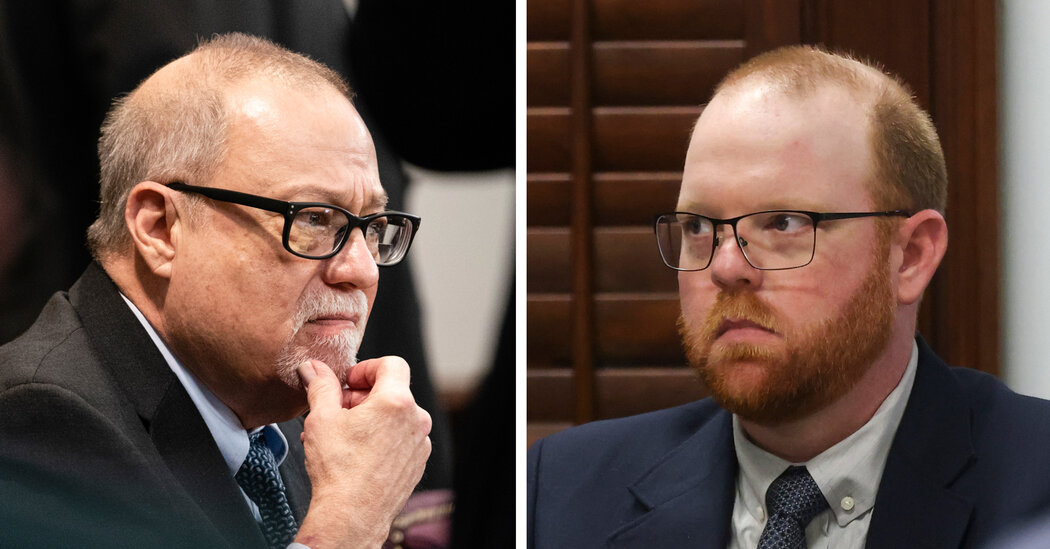 Court documents and hearings over the past two years have hinted at some of the details that the federal jury may hear. An F.B.I. agent this week said that Travis McMichael’s cellphone contained racist messages referring to Black people as “monkeys” and other slurs. A 2020 filing by state prosecutors describes an “Identity Dixie” Facebook post and a “Racial Johnny Rebel” post by Gregory McMichael. A federal filing in December by Mr. Bryan’s lawyer describes “racially insensitive language” Mr. Bryan used in text messages, as well as witness testimony “that would suggest Bryan did not approve of his daughter dating an African American man.”

Even before this evidence is introduced, issues of race, and questions about what constitutes a fair trial, could arise with jury selection, which is set to begin on Monday morning in U.S. District Court in Brunswick, Ga.

Such issues arose during jury selection in the state trial, a process that dragged on for two and a half weeks. In that case, potential jurors were drawn exclusively from Glynn County, Ga., where Mr. Arbery and the defendants lived. It was one of the biggest and most disturbing local news stories in decades, and the idea of finding jurors who had not heard about the case, or already formed opinions about it, was nearly impossible.

In the end, a jury was seated, but its composition of 11 white people and one Black person raised concerns that justice could be skewed in the defendants’ favor.

Understand the Killing of Ahmaud Arbery

The shooting. On Feb. 23, 2020, Ahmaud Arbery, a 25-year-old Black man, was shot and killed after being chased by three white men while jogging near his home on the outskirts of Brunswick, Ga. The slaying of Mr. Arbery was captured in a graphic video that was widely viewed by the public.

The victim. Mr. Arbery was a former high school football standout and an avid jogger. At the time of his death, he was living with his mother outside the small coastal city in Southern Georgia.

For the federal case, Judge Wood decided to broaden the pool of potential jurors, sending out summonses to roughly 1,000 residents spread over 43 of Georgia’s 159 counties.

At the same time, the rejected plea deals for the McMichaels may have introduced a new complication. Potential jurors may well have been exposed to news coverage of Monday’s hearing before Judge Wood, in which it became clear that the two men were ready to plead guilty to hate crime charges.

That could make the selection of an impartial jury “more challenging,” said Page Pate, a legal analyst and veteran trial lawyer in Atlanta, though not impossible. “The standard is not whether they’ve heard about the case, or the attempted guilty plea,” Mr. Pate said, but whether the jurors “have made up their mind or are leaning strongly one way or the other.”