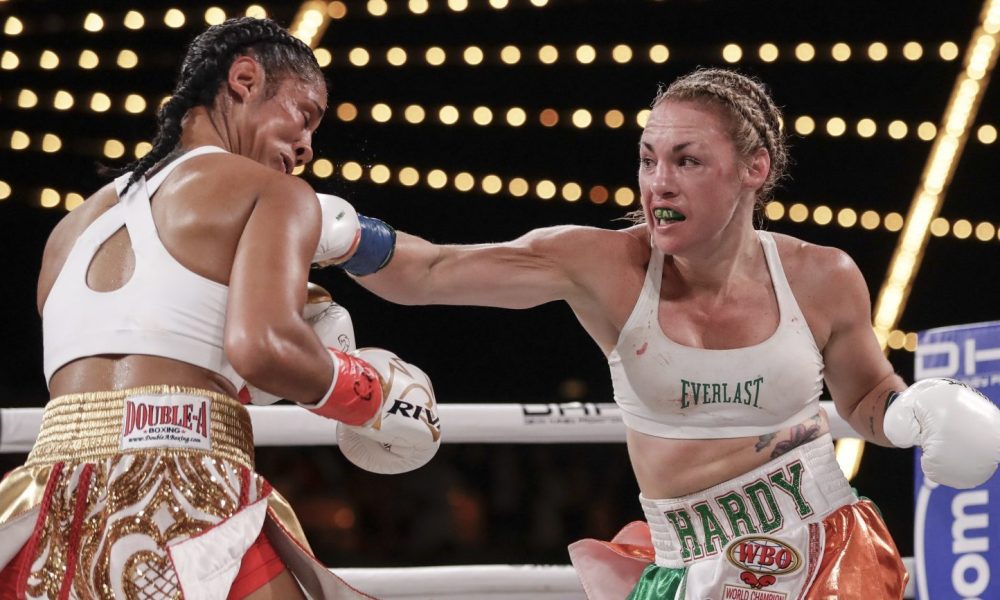 At the age of 40 and coming off back-to-back defeats, former featherweight titlist Heather Hardy was anxious to prove that she still belongs in the championship equation.

The New York native packed her bags and gathered her passport as she was set to head overseas to take on former super featherweight champion Terri Harper in front of her British fans in Nottingham Arena. However, while Hardy was confident in her ability to quiet the crowd and rejoin the winner’s circle, she was hit with unfortunate news.

The highly ranked contender recently revealed she is unable to compete against Harper due to a damaged left wrist. Although she was apologetic, Hardy is also hopeful that after she goes through her healing process, the two will be able to swap fists.

“I fell,” said Hardy on her social media account. “Wrist is f*cked and I’m out for March 12. I’m sorry Terri Harper, really hope this one can be rescheduled.”

At the moment, it’s unclear how long Hardy will be sidelined. Regardless of the time frame, with only a few weeks remaining until March 12th, Harper could be forced to either take on a short notice opponent or wait patiently for Hardy to fully recover.

Much like Hardy, the 25-year-old Harper was eager to wipe the taste of defeat from her mouth. The former titlist was violently stopped in her most recent ring appearance against Alycia Baumgardner on November 13th. Harper desperately attempted to defend her WBC 130 pound title but found herself on the wrong end of a highlight knockout loss in the fourth round.