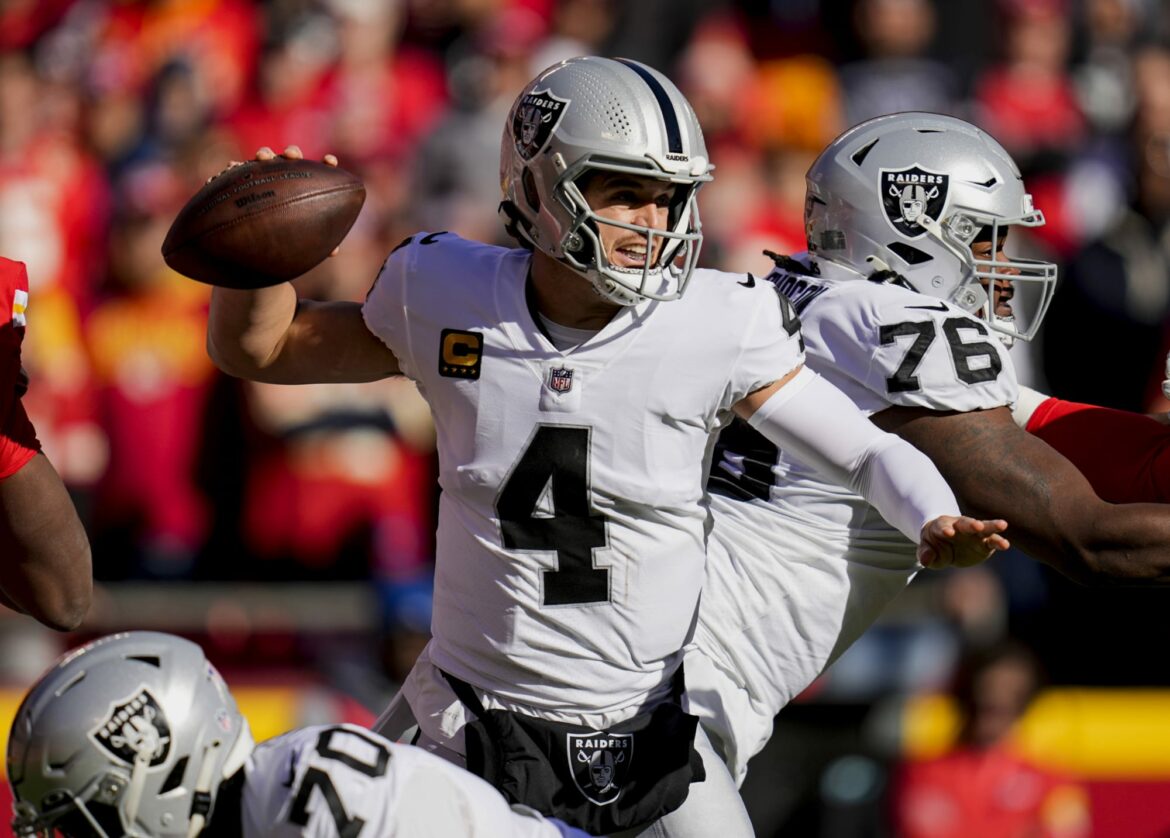 After pulling off a last-second win over the Cleveland Browns on Monday, the Las Vegas Raiders have paths to the playoffs.

The Las Vegas Raiders playoff chances looked rather slim recently. They were blown out by the Kansas City Chiefs in Week 14, then they appeared to be on the verge of losing to the shorthanded Cleveland Browns on Monday night. But, they were saved by an end of game drive orchestrated by quarterback Derek Carr, setting up the game-winning field goal by Daniel Carlson to clinch the 16-14 victory over Cleveland.

After this win, the Raiders are still alive and well in the AFC playoff picture. Here is how the Raiders can clinch a postseason berth.

How can Raiders clinch a playoff berth after win over Browns?

Given that there are only three teams eliminated from playoff contention in the AFC, there are still 13 teams vying for the seven berths. That means the Raiders are in for a rather hectic final three weeks of the 2021 season.

Thanks to the New York Times’ playoff prediction simulator, you can play around with multiple scenarios to see how Las Vegas can make it to the playoffs for the first time since 2016.

If the Raiders are to win their final three games against the Denver Broncos, Indianapolis Colts and Los Angeles Chargers, they have approximately a 90-percent chance of clinching a playoff berth.

But there are some intriguing options that can help Las Vegas reach 100-percent. One potential scenario is Las Vegas winning out the rest of the season, in addition to the following end results occurring in Week 16:

Again, there are so many scenarios that the Raiders can clinch a playoff berth this season. We suggest testing out the prediction simulator in the link above to check them all out.