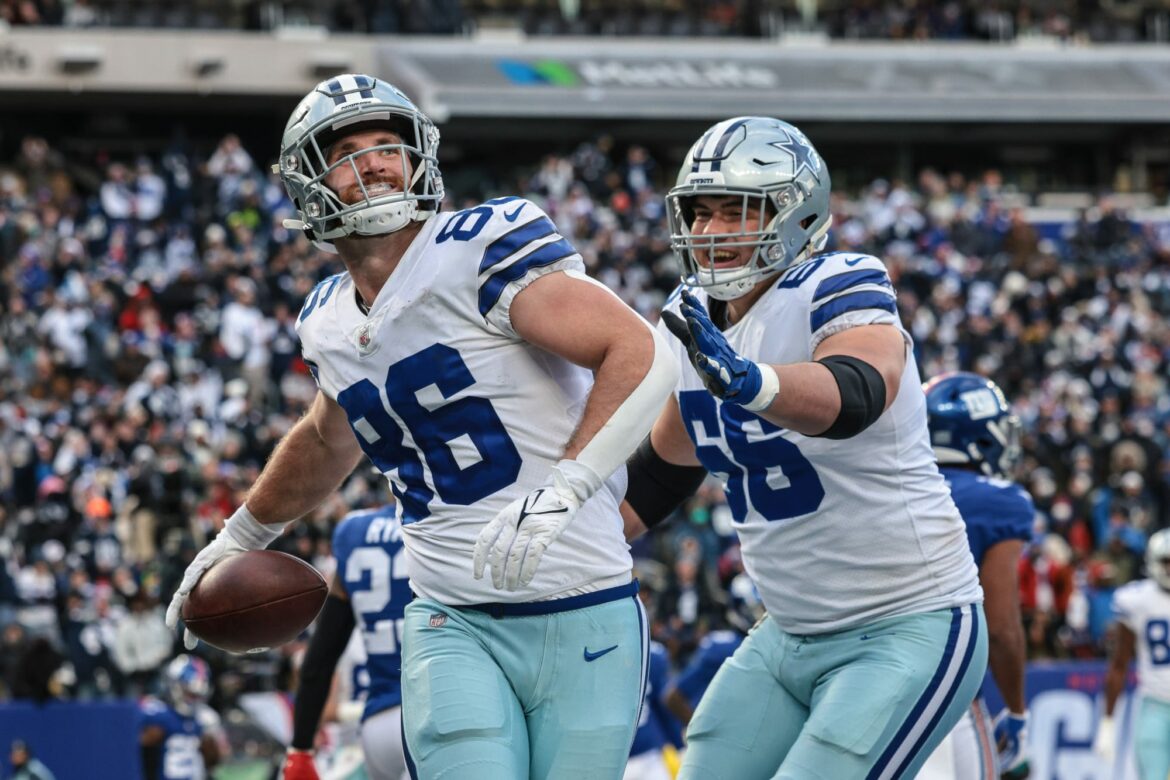 The Dallas Cowboys have been hot in terms of wins and now they have a chance at the No. 1 seed in the NFC. Here’s how they can clinch that first-round bye.

While the upside of the Dallas Cowboys was evident coming into the year, the skeptics that believed that Mike McCarthy’s team could put the total package together were certainly plentiful. But after 15 weeks, the club sits at 10-4 and in the No. 2 seed for the NFC playoff standings.

Heading into their Week 16 game against rival Washington, America’s Team can clinch the NFC East with a victory — or they could also clinch with a loss and an Eagles loss to the Giants.

However, the Cowboys should be aiming much higher than that at this point. Dallas has a legitimate chance to earn the No. 1 seed in the conference, giving them a first-round bye and home-field advantage through the NFC Championship Game in the playoffs.

It won’t be an easy road, but here’s how Dak Prescott and Co. can end up as the top seed in the NFC.

Cowboys playoff scenarios: How Dallas can clinch No. 1 seed in NFC

There are obviously always a number of paths for any team that’s one game out of first place getting to move up from their current seed. In the case of Dallas, though, we’re going to look at their easiest path to the No. 1 seed.

For starters, we need to look at why they are currently the second seed in the conference considering they have the same record as Tampa Bay, a team that beat them in Week 1.

The reason for that is the fact that the Cardinals, Cowboys and Bucs all have the same record. When that is the case, it is not head-to-head matchups that determine the tiebreaker but, rather, the conference record this season. And that’s crucial for Dallas’ easiest path to the No. 1 seed.

If Jerry Jones’ team can win out (they finish against Washington, Arizona and Philadelphia) and get Tampa Bay to do the same (Panthers, Saints, Panthers to finish the year) while Green Bay takes one more loss (Browns, Vikings, Lions to wrap up), that would create another three-way tie. In that scenario that is far from impossible, Dallas would end up with an 11-1 record in the NFC, which would give them the No. 1 seed.

For the part of McCarthy’s club, though, their simplest job to get their best shot at the No. 1 seed in the NFC is to win out. If they play up to their potential, that’s certainly achievable.