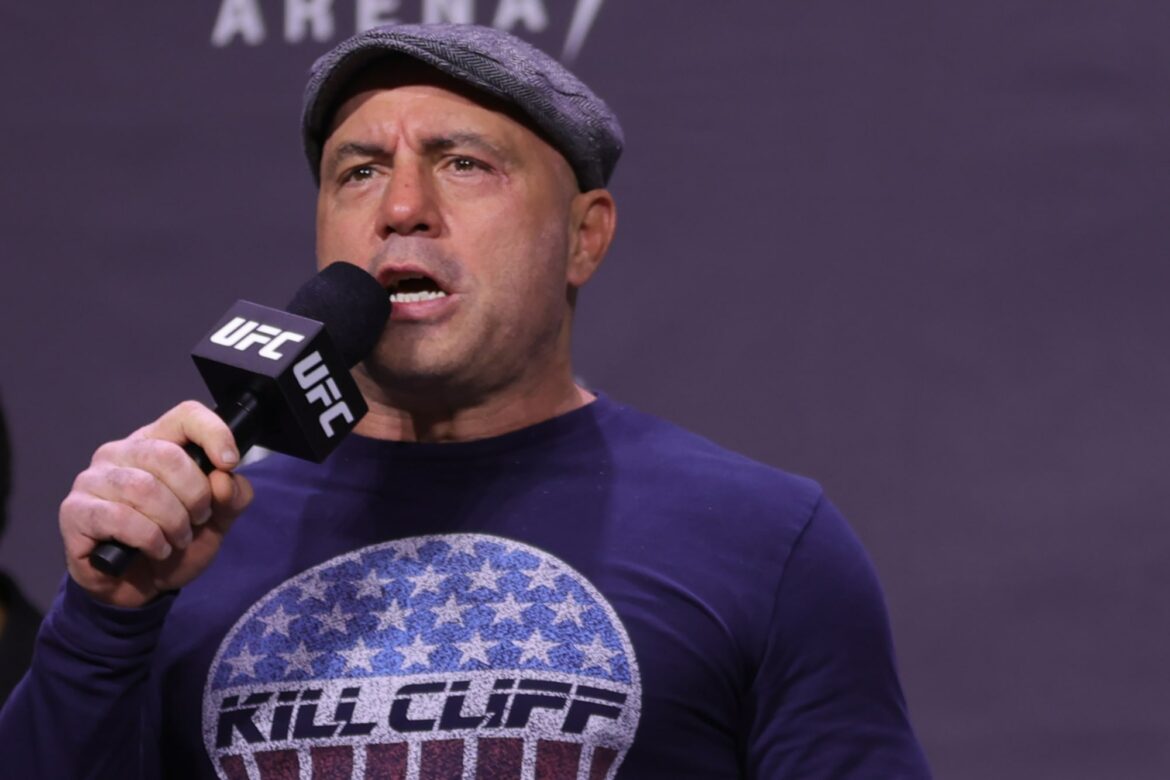 Joe Rogan will not be making any iconic calls for UFC 271.

Joe Rogan is one voice that is synonymous with mixed martial arts. Fans recognize some of his iconic calls across the years in the UFC. However, he will not be calling UFC 271 which features a major title bout between Israel Adesanya and Robert Whittaker.

News broke on Friday that Rogan would not be at UFC 271. He was originally planned to be a part of the team with Jon Anik and Daniel Cormier, but that changed at the end of the week.

MMA Fighting reported on Friday that UFC issued a statement citing a “scheduling conflict” as the cause of his absence and he will be back for UFC 272.

Was Joe Rogan pulled from UFC 271 because of his racist remarks?

Even with that statement, there’s speculation that Rogan was pulled due to the growing controversy surrounding his podcast, The Joe Rogan Experience. Rogan’s show continues to be marred in backlash due to several guests spreading “misinformation” and multiple videos surfacing where he repeatedly used racial slurs.

He has since apologized for both situations, but there is still a push for Spotify to do more about the matter. Spotify CEO Daniel Ek condemned Rogan’s use of racial slurs but has confirmed that his content will not be removed.

Why is Joe Rogan not on UFC 271 commentary?

“While I strongly condemn what Joe has said and I agree with his decision to remove past episodes from our platform, I realize some will want more,” Ek said in a statement. “And I want to make one point very clear – I do not believe that silencing Joe is the answer.”

Still, Rogan will not be involved in a major UFC PPV, which is rare for the promotion to deal with. Even Jake Paul, someone who openly criticizes the company came to Rogan’s support via social media.

So ESPN and Disney pull Joe Rogan from the UFC broadcast but stand behind Dana White who calls reporters douche bags, says a female fighter looks like a male fighter in dress and heels, and claims brain damage is part of the gig? You pulled the wrong guy Mr. Chapek

“So, ESPN and Disney pull Joe Rogan from the UFC broadcast but stand behind Dana White who calls reporters douchebags, says a female fighter looks like a male fighter in dress and heels, and claims brain damage is part of the gig? You pulled the wrong guy, Mr. Chapek,” Paul tweeted on Friday.