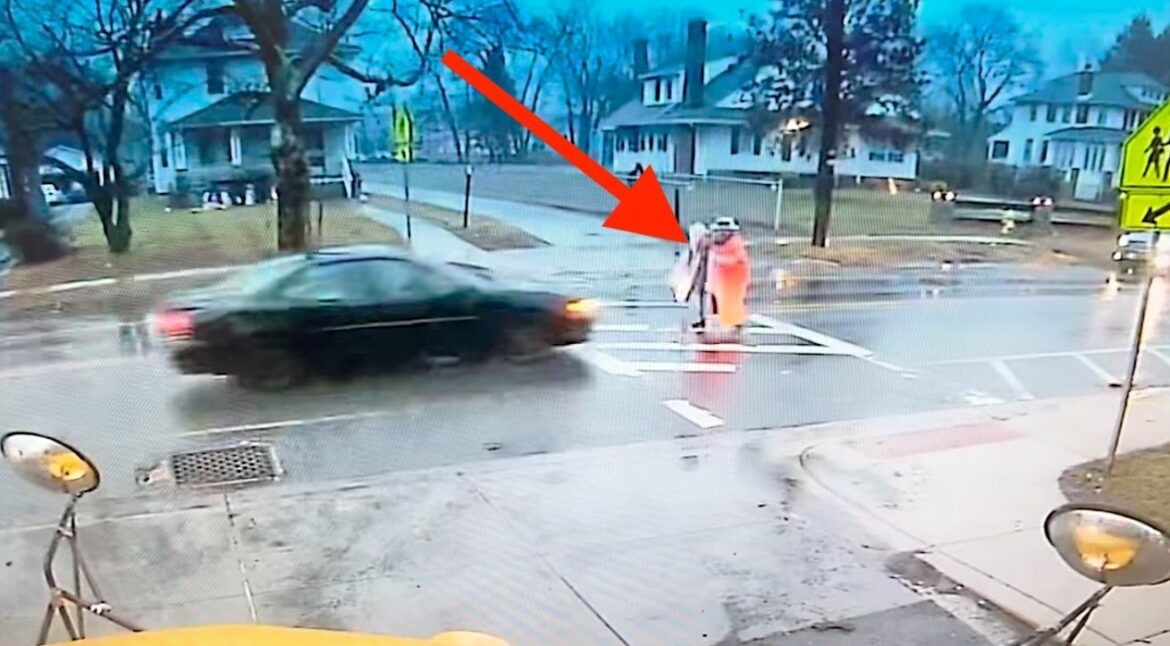 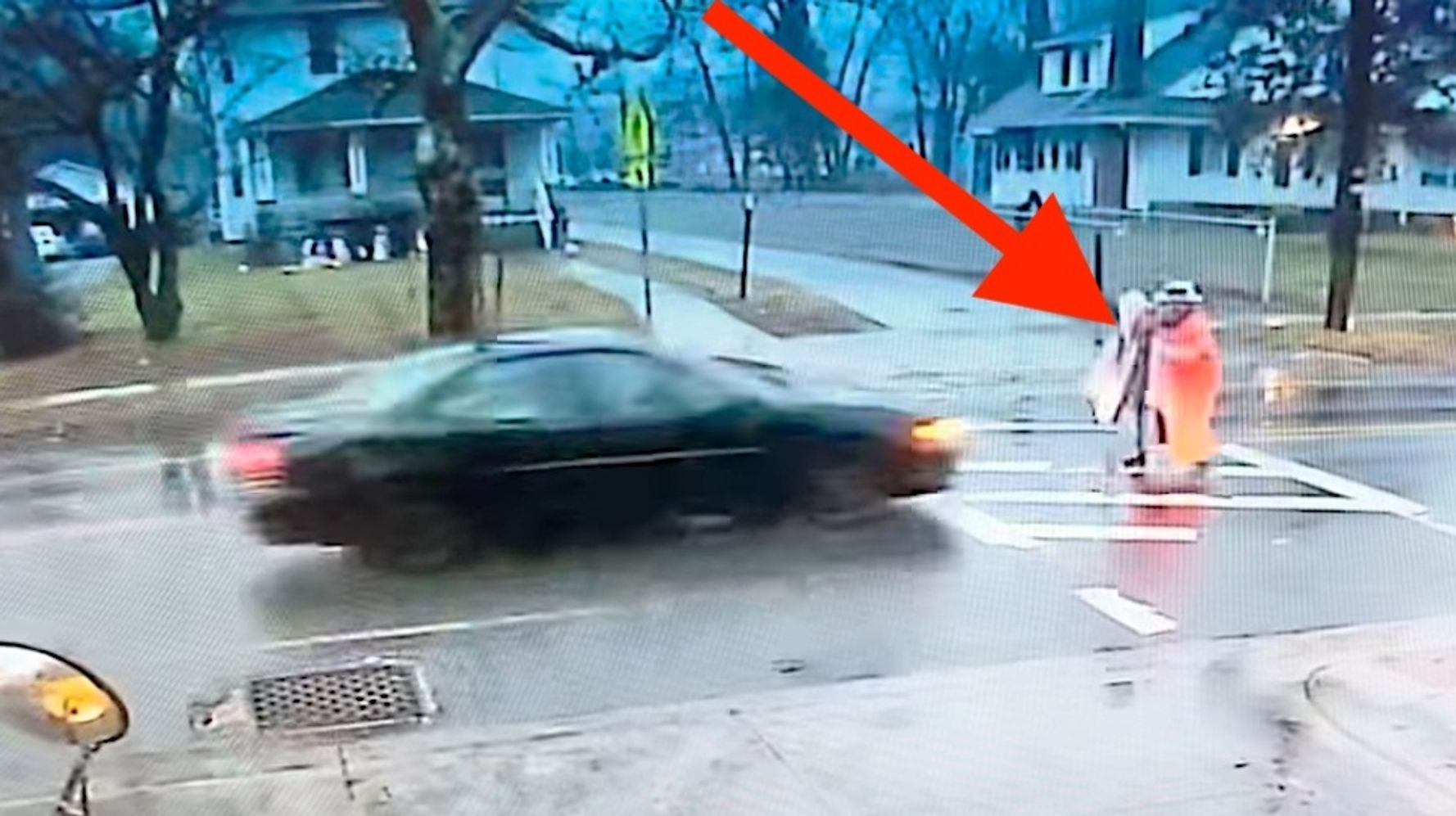 A Maryland police officer is being hailed as a hero after saving a child from being hit by a car and taking the brunt of the impact herself.

The dramatic scene was caught on surveillance video:

This is what hero police officers do! North East Police Officer Annette Goodyear saved a student from harm’s way early this morning. pic.twitter.com/efpgjqucuO

The footage shows Cpl. Annette L. Goodyear of North East, on crossing guard duty on Friday, holding up a hand to stop traffic. As a middle school student walked through the crosswalk, a car blew into the intersection. Goodyear pushed the child out of the way only to be hit by the car herself.

Although the footage shows her falling hard to the pavement, Cecil County Public Schools Superintendent Jeffrey Lawson said on Twitter that Goodyear was treated and released and is doing well.

“It was strange. As I’m lying there I’m thinking to myself this actually did happen. I didn’t even know what to think about at that point,” Goodyear told Fox 5. “It didn’t seem real as it was happening.”

The child was not injured.

CBS Baltimore reported that the driver was given multiple citations, including negligent driving, failure to stop for a pedestrian in the crosswalk and an expired registration.

The town’s website said Goodyear has been with the department since 2008, and was its first female officer.

Goodyear told Fox 5 that after leaving the hospital, she went to check on the girl, who was too shaken to go to school and went home instead.