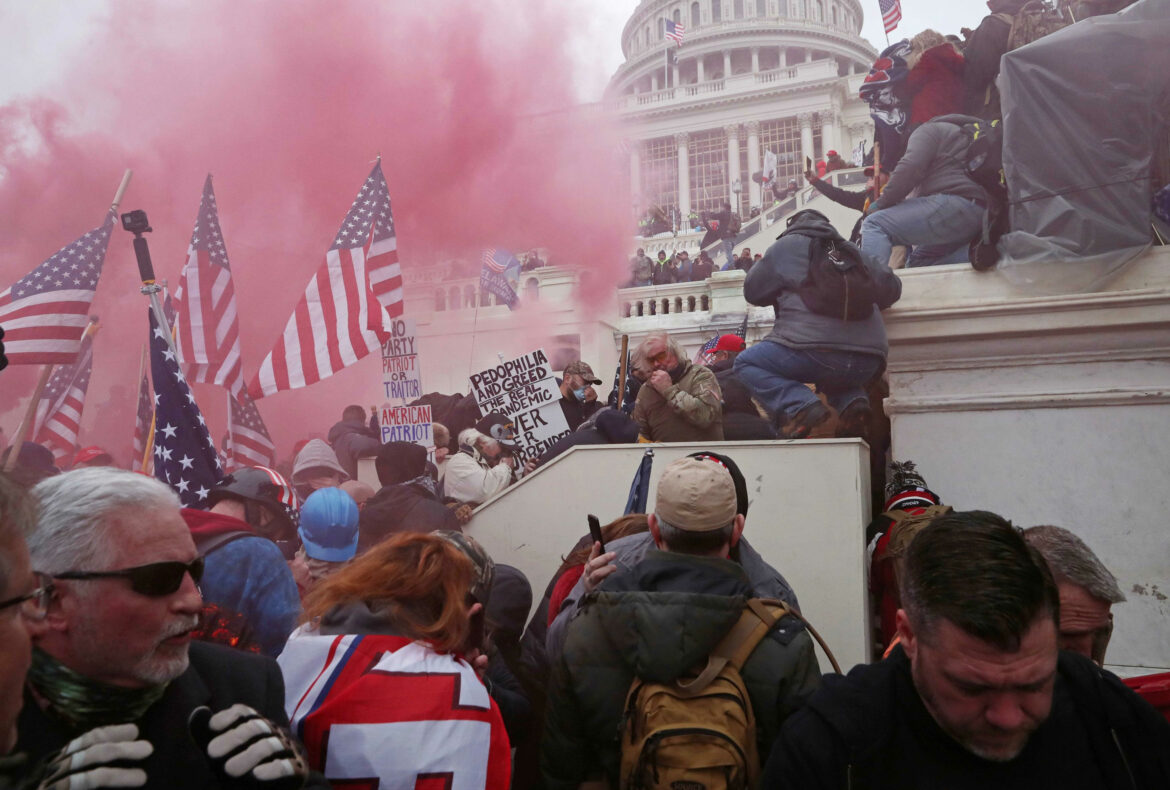 A cloud of colored smoke appears as a mob of supporters of U.S. President Donald Trump storm the U.S. Capitol Building in Washington, January 6, 2021.

White House telephone logs obtained by the House probe of the Jan. 6 Capitol riot show an hourslong gap in calls on the day of the attack at a time when investigators know then-President Donald Trump and Republican lawmakers spoke on the phone, NBC News reported Thursday.

Those records show no calls made by Trump, or to him, for several hours after his speech outside the White House, which began shortly before a violent mob of his supporters stormed into the Capitol, a source familiar with the records told NBC.

Sen. Tommy Tuberville, R-Ala., and House Minority Leader Kevin McCarthy, R-Calif., have both publicly disclosed that they spoke with Trump on the phone as the riot unfolded.

A spokesman for the select committee declined to comment on the reports.

It is unknown whether the gap in the records is the result of Trump’s well-known use of his personal cell phone as president, or if the logs will be filled in by the production of additional documents from the National Archives and Records Administration, NBC reported.

The select committee received hundreds of pages of White House records last month after the Supreme Court rejected Trump’s request to block their release from the National Archives on the grounds of executive privilege.

All of those records should have been handed over to the National Archives directly from the White House once Trump left office in January 2021, as required by the Presidential Records Act, the agency noted.

The Archives has asked the Department of Justice to probe whether the Trump administration’s handling of White House records violated federal law, NBC and other outlets reported.

Trump in a statement Thursday morning claimed he had been told he was “under no obligation to give this material based on various legal rulings that have been made over the years.”

He also denied new reporting from Times reporter Maggie Haberman, who wrote in her forthcoming book that Trump’s White House staff believed the president had flushed pieces of printed paper down the toilet, periodically clogging it, Axios reported.