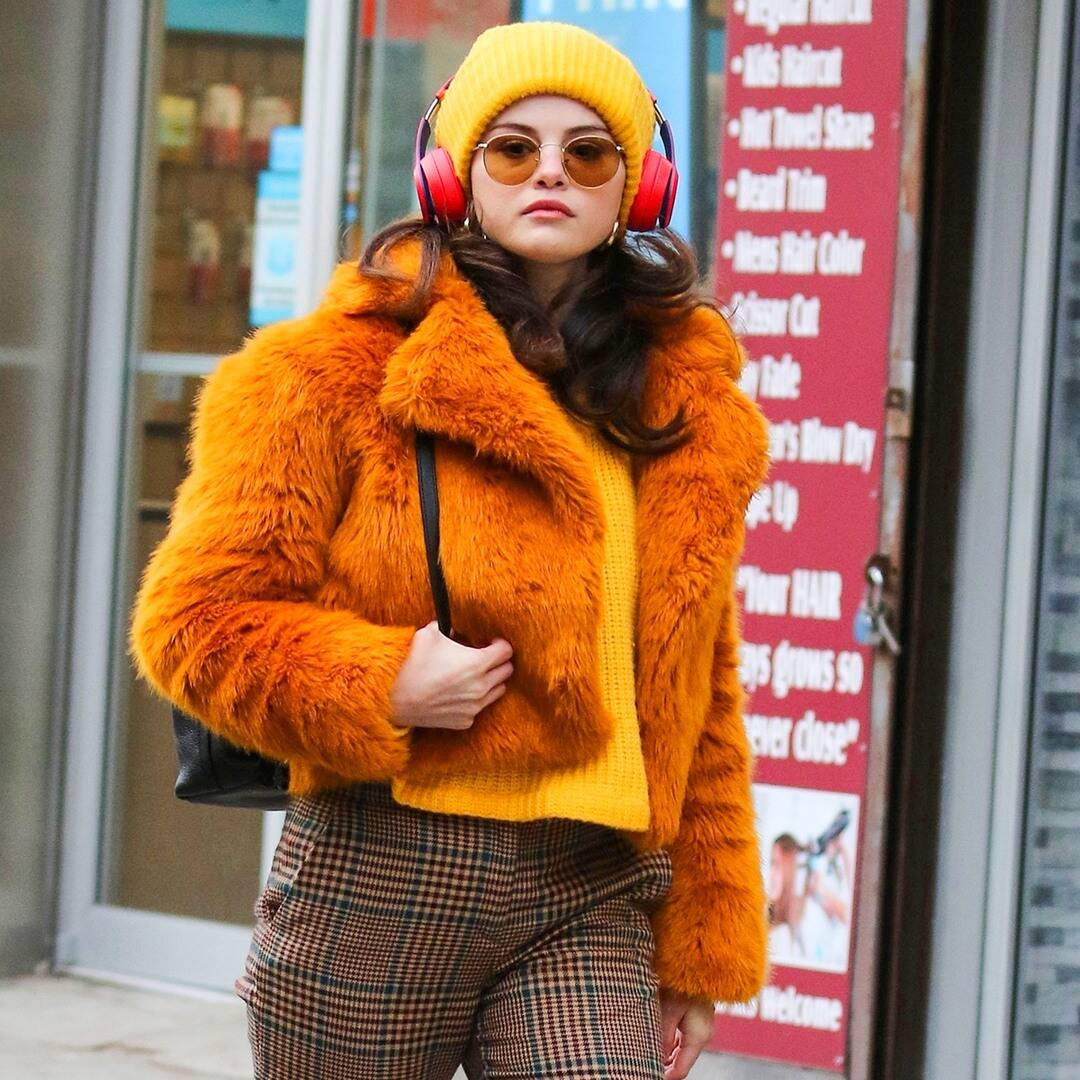 “In the city, you can feel very vulnerable as a young woman, so we kind of looked at her whole costume as like a type of armor,” Dana continued. “The coats were part of that, the boots were part of that—we always did a really sort of like thick, you know, intense combat boot. Even when we were pairing it with cute little miniskirts.”

Equally important was Mabel’s backpack, which Dana found from Lotuff leather. “That was an iconic piece for her because we sort of said that you know, a New York City girl really needs to have her hands free, so that she can eat a hot dog while she’s like talking on her cell phone, while she’s riding her bike,” she explained, before teasing that Mabel will need full mobility if she’s going to “potentially protect herself from an attacker.”