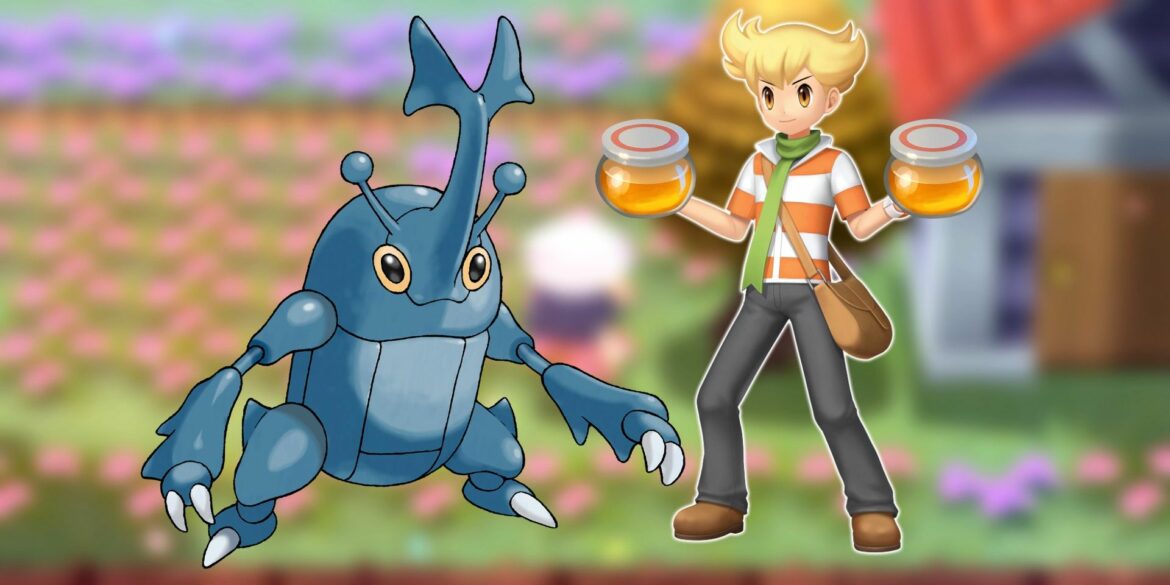 Heracross is one of the strongest Bug-type Pokémon in Brilliant Diamond and Shining Pearl, and learns moves like Megahorn, Close Combat, and Thrash.

Heracross is one of the best Bug-types that players can catch in Pokémon Brilliant Diamond & Shining Pearl, and its dual Bug- and Fighting-type makes it a reliable offensive Pokémon to use. Heracross has always been one of the hardest Pokémon to obtain ever since its release in Pokémon Gold and Pokémon Silver. Though Heracross doesn’t evolve or have any pre-evolved forms, its high stats make it a great Pokémon to use throughout most of the Pokémon BDSP story.

Though Heracross is one of the best competitive Bug-type Pokémon in BDSP, its major downfall is the 4x weaknesses it has to Flying-type Pokémon moves. Additionally, because Fairy-type Pokémon are now part of Brilliant Diamond and Shining Pearl, players who use Heracross have to be mindful of the additional weakness. Nonetheless, a high-level Heracross has access to moves like Megahorn, Close Combat, and Swords Dance. Heracross is also one of the few Pokémon with the Guts ability, allowing it to make full use of TM42 Facade.

Related: How to Get Mismagius in Pokémon BDSP

As powerful as it may be, Heracross is one of the few Pokémon that has fallen to the unfortunate regression-fate category of Pokémon who were more powerful in earlier generations. Pokémon like Heracross, Pinsir, Kangaskhan, Absol, and more all had Mega-Evolutions available to them, but changes over time left these Pokémon to only have access to their standard forms. Heracross might not be as powerful as its mega-counterpart, but it’s still a fantastic option for players looking to add either a Bug- or Fighting-type Pokémon to their Diamond and Pearl remakes team.

In Pokémon Brilliant Diamond and Shining Pearl, Heracross can only be obtained by slathering Honey on Honey Trees scattered across the Sinnoh region. Heracross is a rare Pokémon to find, and for a good reason. The chances of finding a rare Pokémon spawn in a Honey Tree is about 20%, and within that 20% chance, players have to have the luck of finding Heracross with only a 5% chance. Luckily, there are Honey Trees all over the Sinnoh region, and Honey is a cheap resource that can be purchased in the flower garden north of Floroma Town.

Once Honey has been slathered on Honey Tree, players will need to wait six hours before a Pokémon will appear. Honey Trees in Pokémon BDSP are indicated by their orange-brown foliage, and they typically stand out from the rest of the trees around them. Next, find and capture Heracross in Pokémon Brilliant Diamond and Shining Pearl to build an offensively powerful team with diverse typings.

Next: Pokémon BDSP: How to Do a Nuzlocke Challenge Run

Kaleb is a freelance game guide writer for Screen Rant, based in NY. His hobbies include streaming on Twitch under @captnkahleeb and exercising. If the controller is down he is most likely doing something in the gym or trying to learn something random from YouTube. Occasionally, Kaleb spends his time studying a variety of subjects in philosophy.