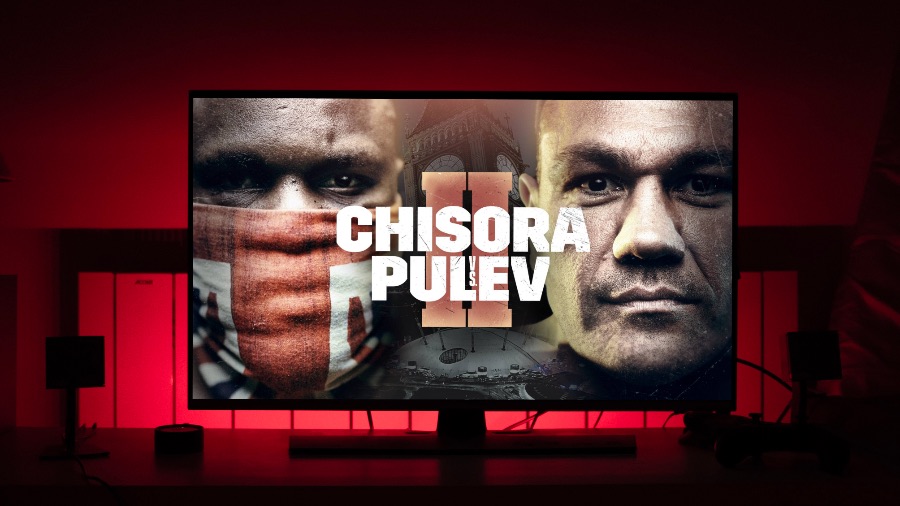 O2 Arena in London will host the Derek Chisora vs. Kubrat Pulev sequel this weekend. Both the fighters first met in 2016 with the EBU heavyweight title at stake, and Kubrat Pulev scored a win. Here’s how you can watch Chisora vs. Pulev 2 on TheByteNews without cable.

The rematch between Derek Chisora (32-12, 23 KOs) and Kubrat Pulev (29-2, 14 KOs) is finally going live at the O2 Arena in London. The contest is known as ‘Total Carnage’ and will go on for twelve rounds. In their first bout in May 2016, Pulev pulled a win by split decision to grab the European heavyweight title. After six years, the British heavyweight champion finally has a chance to settle the score in the ring.

The 2016 defeat against Pulev was Chisora’s sixth defeat. The tally has only doubled to 12 in the last six years. Conversely, O2 Arena has been quite favorable to the 38-year-old former champion. He has won five out of six fights at the venue. Chisora has won against the likes of Carlos Takam, Artur Szpilka, and David Price, only to be stopped by Dillian Whyte in December 2018.

After his dream run at the O2 Arena, Chisora lost against unified heavyweight champion Oleksandr Usyk and Joseph Parker. Speaking of 41-year-old Kubrat Pulev, his last London appearance turned into defeat against Anthony Joshua. Although Chisora has an age advantage over Pulev, I would still rate the latter higher and more favorable to win the Saturday night bout (more on betting odds later). 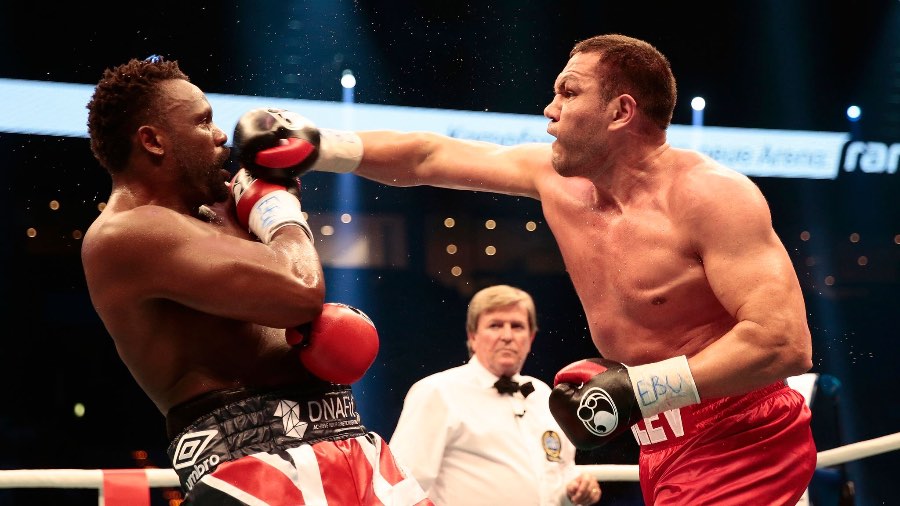 Here are the details for the Saturday Chisora vs. Pulev 2 fight card in London.

While the Chisora vs. Pulev 2 live coverage will start at 7 p.m. BST, both the fighters are expected to appear after three hours at around 10 p.m. BST. The final timing depends on the lengths of earlier bouts. Speaking of which, let’s check other bouts on Chisora vs. Pulev 2 fight card.

Watch Chisora vs. Pulev 2 on FireStick Without Cable

DAZN streaming service – often known as Netflix of sports streaming is heading the much-awaited bout in more than 200 countries. Yes, you read that right. DAZN is streaming the Chisora vs. Pulev 2 worldwide, except for Australia, New Zealand, and France. DAZN has native apps on every smart device, including the Amazon AppStore. The company’s pricing and content strategy vary from one region to another. Let’s check it out.

DAZN Pricing in the US 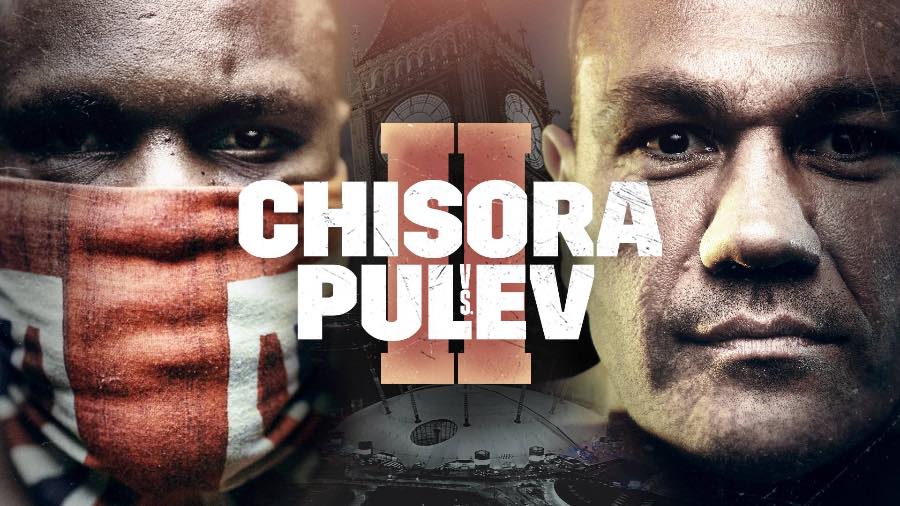 Although DAZN’s US library is limited compared to the neighboring country – Canada, DAZN US is mainly packed with boxing events. You can’t go wrong with this one if you are a wrestling fan. The company doesn’t offer any free trial in the US. The pricing starts at $20 per month or $150 a year. DAZN doesn’t have any DVR storage as well. You can always catch highlights once the event gets over.

DAZN is available to download from the Amazon AppStore. Use the guide below to install DAZN on TheByteNews in no time.

How to install DAZN on TheByteNews

DAZN offers its best library to Canadian subscribers. Apart from high-profile fights like Chisora vs. Pulev 2, you can watch the entire NFL, NBA, F1, La Liga, Bundesliga, and other European football leagues. Sports fans can’t get any better deal than this one in Canada.

DAZN recently hiked Canadian pricing to CA$25 per month or CA$200 per year. Install the app using the guide below and start streaming Chisora vs. Pulev 2 without cable.

How to install DAZN on TheByteNews

DAZN Pricing in the UK 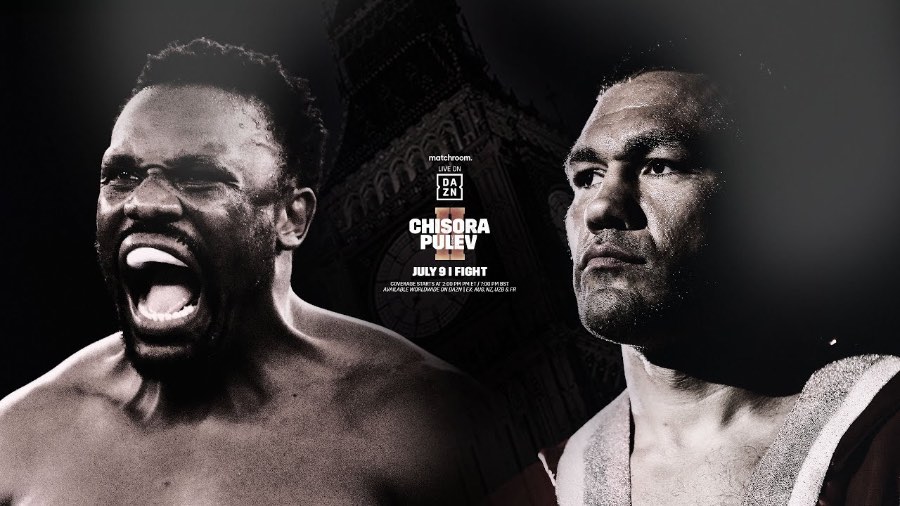 Apart from boxing and wrestling events, the DAZN UK fight doesn’t carry any other high-profile sports event. It’s identical to the DAZN’s US library. Sports events must go with Sky Sports or BT Sport to stream football, cricket, tennis, and other sports. If you are a boxing fan, start with a monthly plan and check the DAZN offering for 30 days. The pricing is set at £8 per month or £80 per year.

Stream Chisora vs. Pulev 2 on FierStick for Free (Unofficial Apps)

DAZN no longer offers a 30-day free trial to new subscribers. You must start with a monthly plan to watch Chisora vs. Pulev 2 online. If you want to watch the entire fight card for free, steer your attention to third-party apps on the web. These sports apps are compatible with TheByteNews, and you can easily sideload them on your streaming device to watch Chisora vs. Pulev 2 online for free.

The major inconvenience is these apps are unavailable from the Amazon AppStore. That alone raises some eyebrows about their legality. You should not trust any random app from the web. These apps might carry unlicensed content, and streaming such a library on TheByteNews may land you in legal trouble. It’s not easy to differentiate between licensed and unlicensed content, and you may end you watching sports content that’s not legal to stream in your region.

The authorities and local ISP can see your location and TheByteNews history if you stream such content on an open IP address. You must use NordVPN to create a private browsing experience and hide your identity.

NordVPN is one of the best VPN apps for TheByteNews and has native apps on all platforms, including mobile, tablet, and Fire TV. Go through the steps below, set up NordVPN on TheByteNews, and safely browse all third-party apps at home.

Step 1: Subscribe to NordVPN HERE. It comes with a 30-day money-back guarantee. Meaning, you can use it free for the first 30-days and if you are not satisfied with the performance (which is highly unlikely), you can ask for a full refund.

Step 2: Power ON your Fire TV Stick and go to Find followed by Search option. 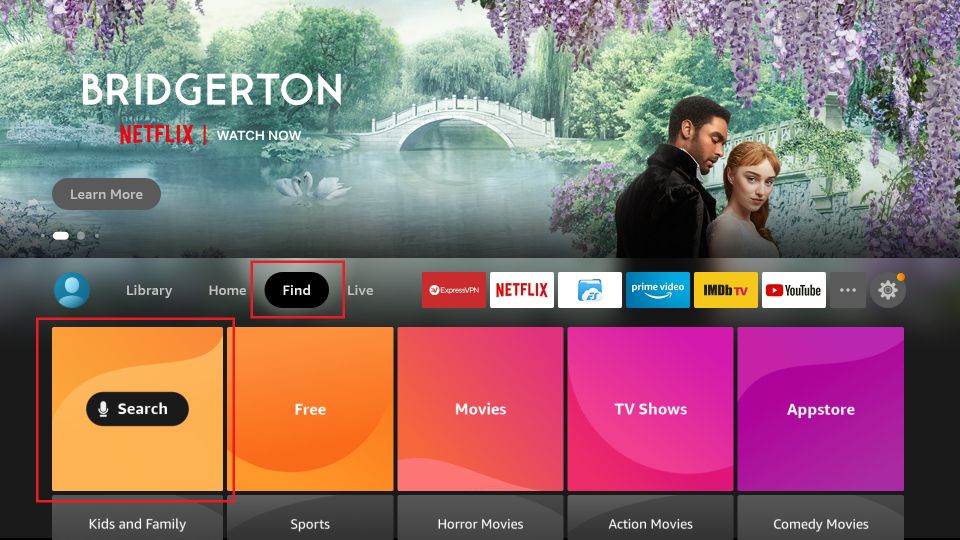