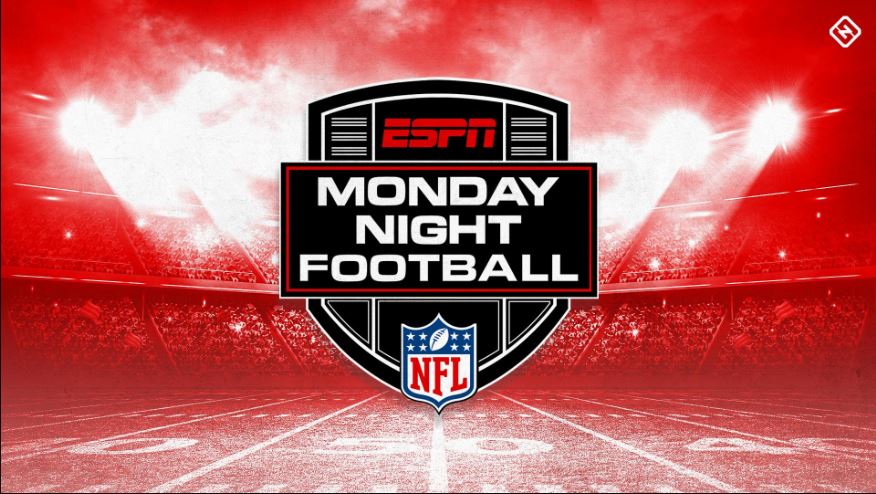 Here is the Monday Night Football scheduled for the 2022 NFL season, including a double header in week and still to be determined matchups in week 18 (though on a Saturday):

What time is Monday Night Football?

What channel is Monday Night Football on?

ESPN is the home of Monday Night Football, but there are a handful of games that are going to be simulcast or air on ABC and ESPN2.

Three games on the 2022 Monday Night Football calendar are going to be simulcast on ESPN and ABC:

The week 2 game between the Minnesota Vikings and Philadelphia Eagles is going to air exclusively on ABC.

How to watch Monday Night Football in the US

With Monday Night Football being available to US viewers on primarily on ESPN and occasionally on ABC and ESPN2, here is what you need to know on how to watch the game each week.

ESPN is a cable channel, requiring viewers to be subscribers to a traditional pay-TV or live TV streaming service (FuboTV, Hulu with live TV, Sling TV and YouTube TV), though it may not be available on all packages. With a subscription to one of these services, in addition to being able to watch ESPN on your TV or connected device, viewers can watch Monday Night Football through the ESPN app or ESPN.com. ESPN2 is carried on just about all services that offer ESPN.

ABC, meanwhile, is also available through pay-TV and live TV streaming services, but as one of the four major networks also has local stations in each US TV market that can be received via a TV antenna.

How to watch Monday Night Football in the UK

Sky Sports is the home for NFL football in the UK, offering live game broadcasts to Sky TV subscribers.

If the standard 1 am UK start time is too late (or early) for you, NFL Game Pass(opens in new tab) is an option. The international version of this subscription service offers live broadcasts of games as well as the opportunity to watch the full broadcast on-demand or a condensed version of the broadcast that only features the plays.

How to watch Monday Night Football from anywhere

Football fans around the world can tune into the Monday Night Football broadcast every week from wherever they are if they utilize a virtual private network. A VPN is designed to route network traffic through a specific set of servers in a specific country, allowing viewers to watch content on an encrypted feed over a computer.