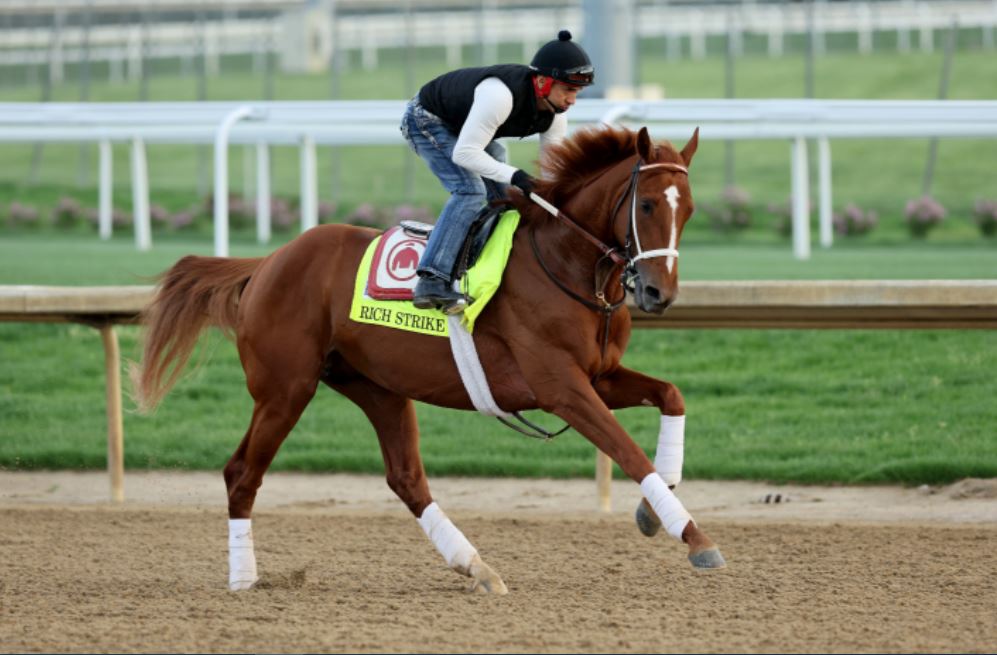 After a year when scandal cast a shadow larger than the wide-brimmed hats of attendees, the Kentucky Derby hopes to right the ship in 2022.

Last year’s run for the roses was marred by controversy: Winner Medina Spirit was disqualified after the horse tested positive for a banned medication. (Medina Spirit would die before the year was over.) The 148th annual Derby hopes to put all of that in the past. Set to run May 7, it’s often called “the most exciting two minutes in sports.” And while it’s a thrilling race, it’s so short it can be easy to miss.

Not sure if you’ll be near your couch when the bell rings? Here are some alternate ways to watch—and dates and times to know.

The Kentucky Derby will take place on Saturday, May 7. Traditionally, it’s held on the first Saturday in May each year, although it was it was postponed in 2020 until September due to the COVID-19 pandemic.

Like the Super Bowl, there’s an extensive pre-game for the Derby. If you’d prefer to skip all of that, post time is estimated to take place at 6:57 p.m. ET. Remember: It’s a short race, so you’ll want to be sure you’ve got your mint julep and you’re settled in a few minutes before that.

Where can I watch the Kentucky Derby?

Can I watch the 2022 Kentucky Derby online?

You can. NBC will offer a live stream on NBCSports.com. You could also try one of the following services:

NBC’s streaming service will give you full access this year. You can get a seven-day free trial, followed by a $5 or $10 monthly charge. (The free version of Peacock does not include live sports, including the Super Bowl.)

Dish Network’s Sling has an extensive selection of channel options in its lower-tiered Orange plan, which runs $35 per month—and you’ll have access to more sports channels by subscribing to Sling’s Blue plan, which bumps the cost to $50 per month. You’ll have a seven-day free trial first—and right now, the cord-cutting service is dropping the first month’s bill to $10.

Formerly known as DirecTV Now and AT&T TVNow, AT&T’s streaming service will run you $70 per month and up. There is no longer a free trial option.

After a two-week trial, you can expect monthly charges of $65.

After a two-week trial, you can expect monthly charges of $65.

This sports-focused cord-cutting service carries NBC in most markets. There’s a seven-day free trial, followed by monthly charges of $65–$80, depending on the channels you choose.

Which horse is favored to win this year’s Kentucky Derby?

The favored winner this year is Epicenter, which has 5-1 odds, according to CBS Sports. Messier, Taiba, and Zandon are next at 6-1. And Mo Donegal enters the race at 8-1 odds.

When are the other two races in the Triple Crown?

After the Derby, the Preakness Stakes is up next. It takes place on May 21 at Pimlico Race Course in Baltimore. The final leg of the Triple Crown—the Belmont Stakes—will be run on June 11 at Belmont Park in Elmont, N.Y.