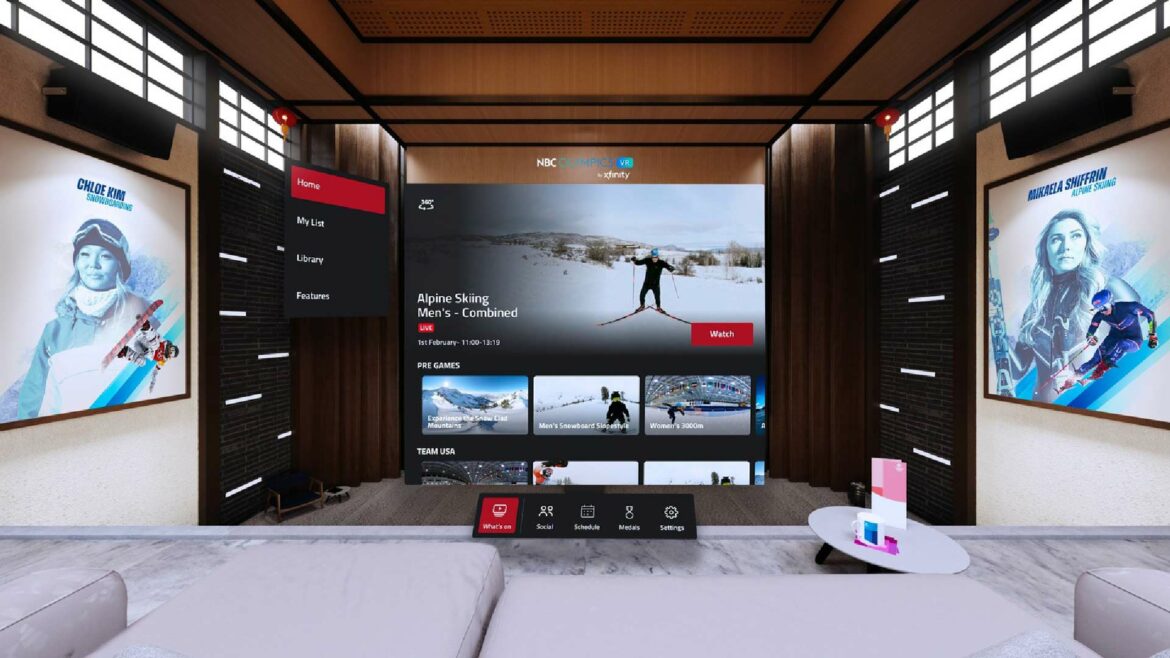 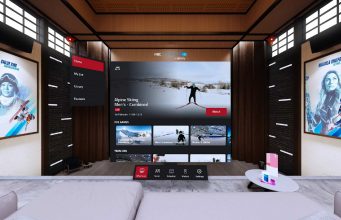 The 2022 Winter Olympics kicked off last Friday in Beijing, but did you know you can catch all of the action from the comfort of you VR headset? We’ve rounded up three sure-fire ways to get your head in the games.

Comcast and NBCUniversal have launched an NBC Olympics VR by Xfinity app for Quest, which includes a host of 180-degree video from the games’ opening ceremony and select events, such as alpine skiing, hockey, bobsled and speed skating. Here’s a peek at what to expect in-app:

In all, the app promises over 150 hours of immersive 8K coverage which you can view with up to three other Quest or Quest 2 users for a social viewing party. There’s also a schedule and medal count available so you can keep track of everything that’s going on.

The catch: only US-based users can watch, and have to authenticate a paid TV service, be it cable, dish, or Internet TV like YouTube TV or Hulu.

If you’re outside of the US or don’t own a Meta Quest, you’re a bit boned when it comes to immersive coverage of the Winter Olympics this year. Still, you can watch from the comfort of most headsets by using a web browser.

For Quest, you can use the built-in Oculus Browser, or download Firefox Reality if you’re already a Firefox users and want to keep your tabs synced between devices. These offer good viewing experiences of standard streaming video, which you can stretch to the size of a movie screen. Your regional provider most likely has a website dedicated to livestreaming Winter Olympics coverage, so that’s your best bet.

On PC VR headsets, you can use a host of methods for mirroring your monitor to your headset. You can user Bigscreen (more on that below), VR Desktop, or Steam’s native desktop window mirror option. I personally like Bigscreen because it’s free, can be set to private mode so you don’t need to be social, and has a bunch of immersive theater environments to choose from.

When it doubt, Bigscreen saves the day for all of your video streaming needs. Since public viewing rooms oftentimes feature popular events, you won’t have any trouble finding a few people sitting down to catch almost any event of this year’s Winter Olympics.

Granted, we’re talking about standard video streams here (not immersive video), but you may find it more exciting to watch alongside fans from around the world.

The good news is you won’t need to sign in to any service besides Bigscreen since you’re essentially just watching someone else’s steam—like hanging out at a friend’s house. It’s also free, and offers the highest-quality video viewing experiences we’ve seen in VR. And if people annoy you, just mute or hide them entirely for a worry free viewing experience.

Are you watching the Winter Olympics in VR this year? Let us know how in the comments section below!