The British influencers have been going back and forth on social media ever since the latter accused the former of exploiting Cal the Dragon for views and followers.

AJ Bunker and Elle Brooke will also be in action in the first co-main event of the night before Simon and Matthews battle it out in the ring. 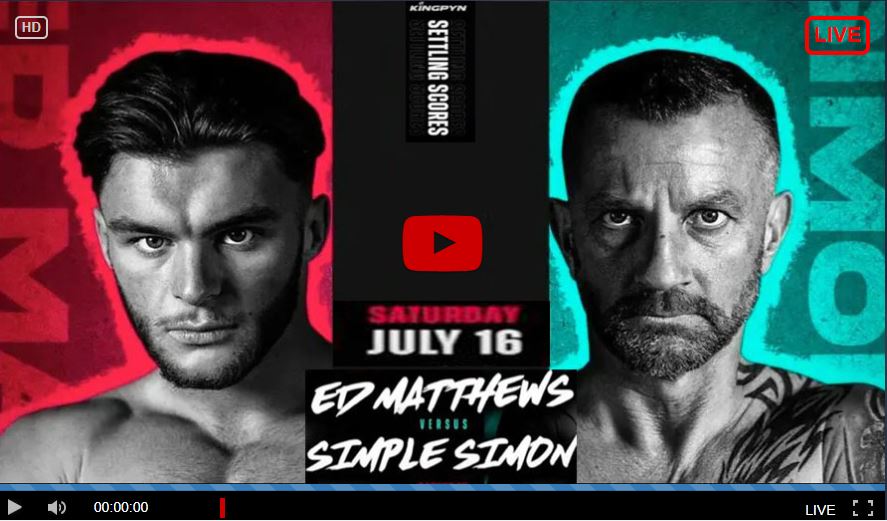 The Indigo at the O2 in London, England, will play host to this latest instalment of celebrity boxing – with six fights on an intriguing undercard.

Simon – real name Simon Colbran – told Pitch Side: “I’m confident. I wouldn’t get in the ring if I didn’t think I was going to win.

“I’m realistic. I know what the situation is. I’ve got to train hard and be at my best ability and my best fitness to beat him.

“I’m not stupid, you know? He’s in really good shape, he is, that’s the only compliment I’m going to give him.

“But he is in good shape and I know I’ve got to give my all and put myself through the paces to win that fight.”

Here’s everything you need to know about Simple Simon vs Ed Matthews.

Love Island star AJ Bunker has stepped in on just ten days’ notice to fight Elle Brooke after Astrid Wett pulled out over fears for her safety!

Elle Brooke sees herself as a role model to other aspiring young boxers!

Simple Simon has called out Jake and Logan Paul’s dad Greg Paul ahead of his fight with Ed Matthews!

Slim Albaher has been forced to pull out of his fight against Ryan Taylor due to a detached retina!

Astrid Wett has pulled out of her fight against Elle Brooke because of concerns for her safety!

Simple Simon and Ed Matthews had to be separated by security after a brawl at their pre-fight press conference in London on Wednesday!

The pair will fight on Saturday, July 16.

It will be held at the Indigo at The O2.

Further information will be provided in due course.

This isn’t your typical boxing event – and the public have voted to decide the six fights which will feature on the undercard.

The full fight card is as follows:

Colbran and Matthews are expected to ring walk at around 10pm UK time.

We will update you as soon as we have more information available.

Tickets for Simple Simon vs Ed Matthews are on sale now.

They can be purchased through the O2’s official website or on AXS.

Make sure to get yours now as they’re sure to go quick.

Simple Simon vs Ed Matthews will be streamed live on YouTube.

Fans will be able to pre-order the fight on pay-per-view from the video livestream.

Buying the coverage will give you full access to the whole event including the undercard and co-main events.