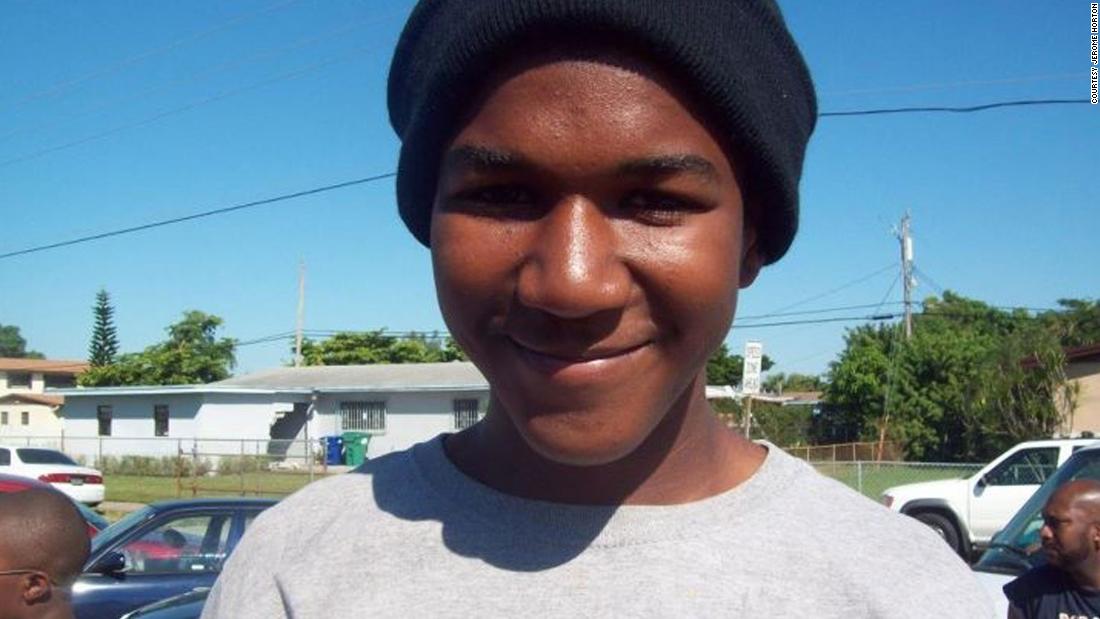 The 12-year-old was threatened with suspension and expulsion from the school in Stone Mountain, Georgia. When she was sent to her principal’s office and was asked why she wore the hoodie, Kiazolu said she cited Tinker v. Des Moines, establishing her right to peacefully protest in school.

Kiazolu had organized her first protest within days after the death of Trayvon Martin, an unarmed 17-year-old who was shot and killed while walking home from the convenience store wearing a gray hoodie on February 26, 2012.

“At that time, frankly, I didn’t even know I was protesting. I thought I was doing what’s right,” Kiazolu tells CNN nearly a decade later. “I was just doing what I would have wanted someone to do for me if that happened to me, god forbid, or someone that I loved.”

Kiazolu is part of a generation of young people whose lives were forever changed by Martin’s death.

Today marks what would have been his 27th birthday, and his life and death continue to fuel activists’ pledge to get justice for Black lives.

‘It helped me find my voice’

Kiazolu, now 21, recognized the substantial impact Martin had on her life at a young age.

“He was a young Black person as well, so I saw myself in him. I saw my brothers. I have five little brothers. I saw every last one of them in Trayvon, and it moved me into action,” the Hampton University student and former president of Black Lives Matter Greater New York told CNN earlier this week.

In the 10 years since Martin was killed, the Black Lives Matter movement has brought attention to racism and injustice in America. What started with a hashtag that went viral in the wake of 17-year-old’s fatal shooting has revolutionized how the nation tackles conversations about discrimination and racial bias.

“It helped me find my voice,” Kiazolu said. “I think as a young Black person, often times you hear ‘you’re too young’ or ‘you need to wait’ and ‘you’re not old enough to speak about things that affect our community…it impacts us too and we’re going to be here in the long run.”

In the summer of 2020, young people like Kiazolu were leading members of movements across the US and abroad. After the deaths of George Floyd, Breonna Taylor and many other unarmed black Americans, young activists established a community connection advocating for change. The Black Lives Matter movement’s resurgence raised awareness of police brutality in the US, inspired legislation at federal and state levels and initiated confederate monument removals.

Kiazolu notes, “The most important part of the progress we made as a collective would be the unity within the people.”

A day to remember

To honor Martin’s life, the Martin family will host their annual Trayvon Martin Peace Walk and Peace Talk this Saturday in Miami. The walk began nearly a decade ago to bring the Miami area — where Martin’s family is from — together. Organizers plan to have motivational speakers and local band performances to mark the 10-year anniversary of his death.

Kiazolu encourages others to honor Martin’s life rather than dwell on his death.

“Trayvon Martin was a gift to this world and his life and legacy has changed me and the lives of so many others,” she said.

In the years since his death, Martin’s parents, Sybrina Fulton and Tracy Martin, have become social justice advocates. His mother has run for political office, and his father coaches a local football league in his honor.

Correction: A previous version of this story misstated Nupol Kiazolu’s affiliation with Black Lives Matter Greater New York. She is a former president.