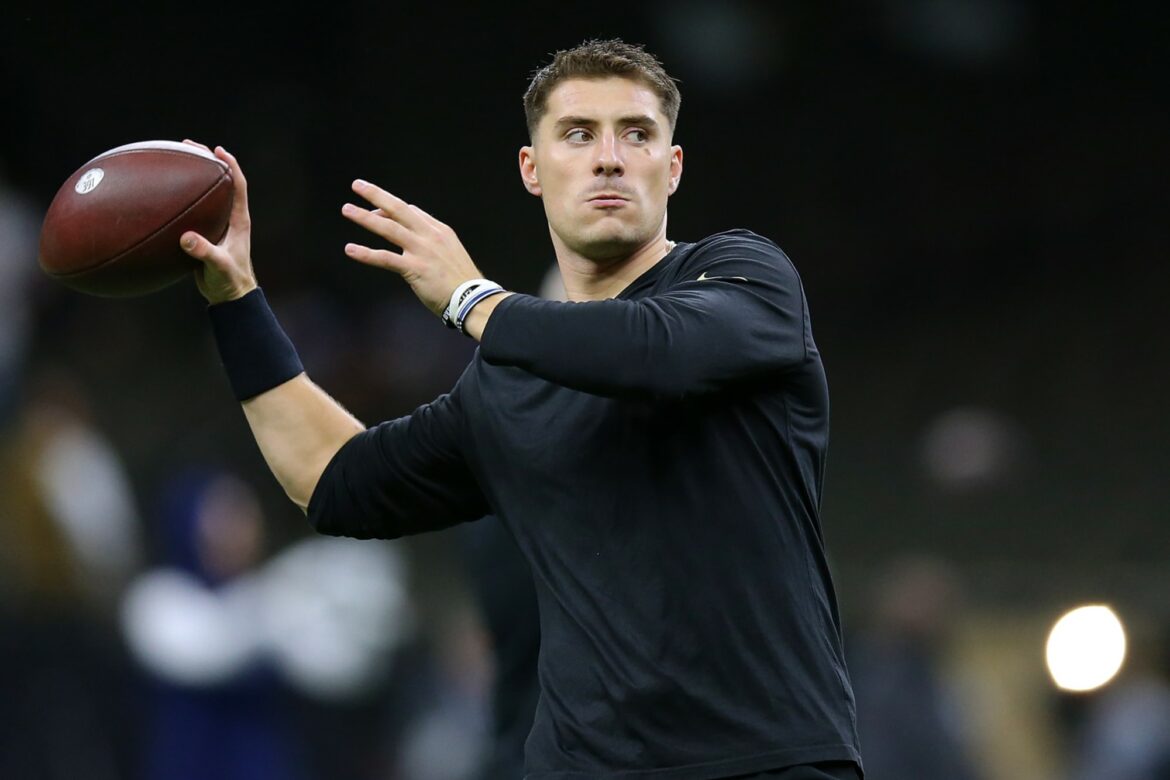 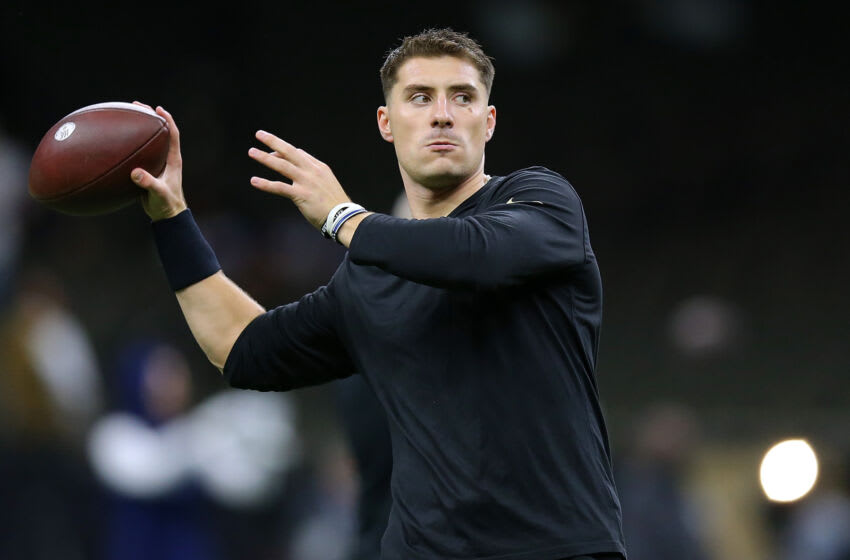 NEW ORLEANS, LOUISIANA – DECEMBER 02: Ian Book #16 of the New Orleans Saints warms up before a game against the Dallas Cowboys at the the Caesars Superdome on December 02, 2021 in New Orleans, Louisiana. (Photo by Jonathan Bachman/Getty Images)

Cardinals vs. Colts NFL live stream: How to watch without NFL Network by Braulio Perez

The New Orleans Saints will be starting Ian Book at QB this weekend and he knows without question he’s not the No. 1 option fans were hoping to see.

Things have gotten so bad for the New Orleans Saints in terms of their COVID outbreak, a young man you’re probably not too familiar with is getting the start on Monday night: Ian Book. Indeed, the former Notre Dame signal-caller will be leading the team’s offense out vs. Miami.

With Taysom Hill and Trevor Siemian out, Book is QB1, while Alvin Kamara is now the emergency option. Goodness. Book knows that Saints supporters probably don’t have him as their top choice to throw the ball around, and he had quite the funny take on things.

Hey, at least Book is able to laugh at himself a bit in this case. This will be the first-career start for Book, who was a fourth-round pick in the 2021 Draft. Entering the year, no one expected him to see the field, as Jameis Winston won the job and Hill was the No. 2 guy.

Now, though, Book has gotten his number called and Sean Payton will be depending on him to try and help this team record a win against the Dolphins. Miami has been red hot the second half of the season, as they’re now 7-7 on the year, winners of their last six contests.

The Miami defense will look to make life miserable for the rookie signal-caller. It will be on Kamara and the other New Orleans playmakers to try and help Book out in primetime.