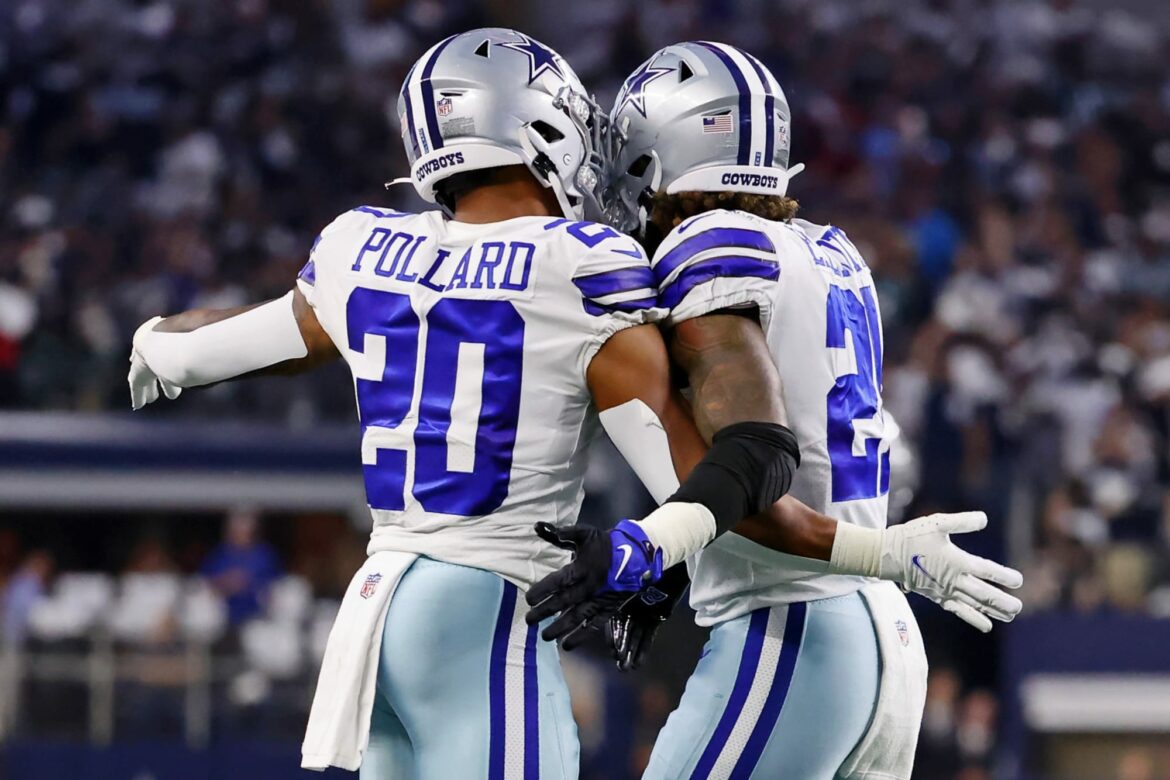 Ezekiel Elliott was clearly limited in the Cowboys’ Thanksgiving loss and now Dallas could turn to Tony Pollard in Week 13 and give the RB1 some rest.

The Dallas Cowboys are certainly reeling after their Thanksgiving Day loss to the Raiders, making them losers in three of their last four games and looking quite out of sorts on a number of occasions. And running back Ezekiel Elliott’s injury situation hasn’t helped matters.

Elliott has been playing through a knee injury and, though he’s been able to find the end zone a few times, the former Cowboys top-five pick has been limited in his usage and, at the same time, his overall effectiveness as well.

But now, Dallas might be looking at the bigger picture. According to ESPN’s Ed Werder, the team is considering resting Elliott in Week 13 on Thursday against the Saints and giving backup Tony Pollard the start in what has become a crucial game for America’s Team.

Just in terms of getting Zeke healthy, that would make a lot of sense. It also shouldn’t be overlooked, however, that Pollard might be the better option for the Cowboys right now.

Cowboys might be better with Tony Pollard than Ezekiel Elliott

Even in the loss to the Raiders in which the backfield struggled overall, Pollard proved to be the more dangerous player, outgaining Elliott by 11 yards on the ground and eight receiving yards.

Though Elliott, when healthy, has enjoyed a bit of a bounce-back season in the 2021 campaign, the fact of the matter is that Pollard has been far more explosive and seemingly dangerous when on the field. He’s a more natural receiver out of the backfield, has more juice in terms of breaking off big chunk plays, and even proved just how quickly he can change everything against Las Vegas with a 100-yard kickoff return touchdown.

Pollard’s flashes this season have raised questions about what to do with Elliott after this season as the younger back might also be the best option. And if the Cowboys indeed rest Zeke and let Pollard cook, we’ll get a chance to see how viable a plan that is.