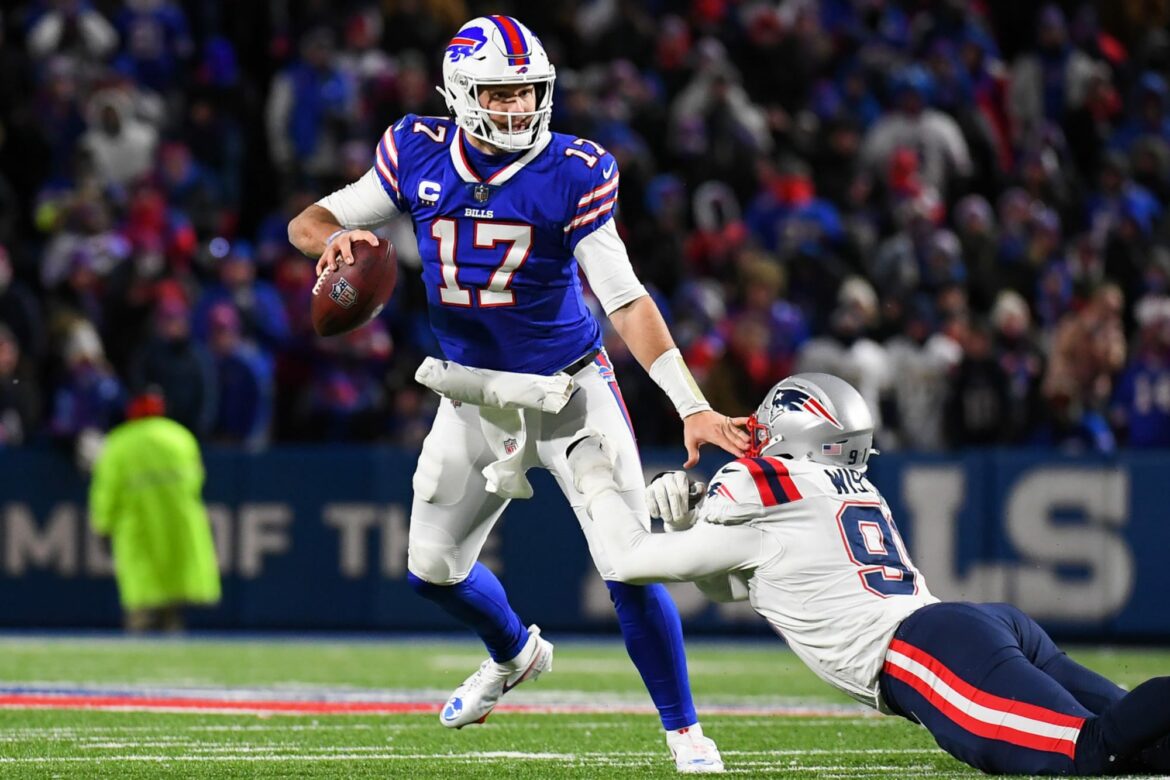 The Bills win over the Panthers in Week 15 leads them into next week’s battle with the Patriots. A win there, and Buffalo is sitting pretty in the AFC East.

Because of the way the Patriots ran the ball down the throats of the Buffalo Bills in primetime with the wind gusting, the Mafia was worried about their team that dropped to 7-6 on the season. But oh how much a week can change things.

After New England lost to the Colts on Saturday night and with Buffalo notching a dominant win over the Panthers on Sunday, the situation is now much more favorable heading into the AFC East rematch next week.

Now, Josh Allen and the Bills are in the position that, if they can win in Foxboro next week, they will almost surely walk into the AFC East title.

Buffalo is just one game behind New England in the standings as they go on the road next week. With a win, they would obviously have identical records.

Having said that, the victory over the Patriots would put the Bills at 4-1 in the division this season while dropping New England to 3-2, which would then give Buffalo the tiebreaker to take the lead in the AFC East.

After that, though nothing has been certain this season, the road for Buffalo to maintain that position is extremely favorable. They finish out the year with two home games against the Falcons and Jets, two teams likely far away from the playoff race once Weeks 17 and 18 roll around.

That raises the stakes even more for Bills-Patriots in Week 16. But if Buffalo can win next Sunday, it’d be hard to imagine them not coming out on top in the division.