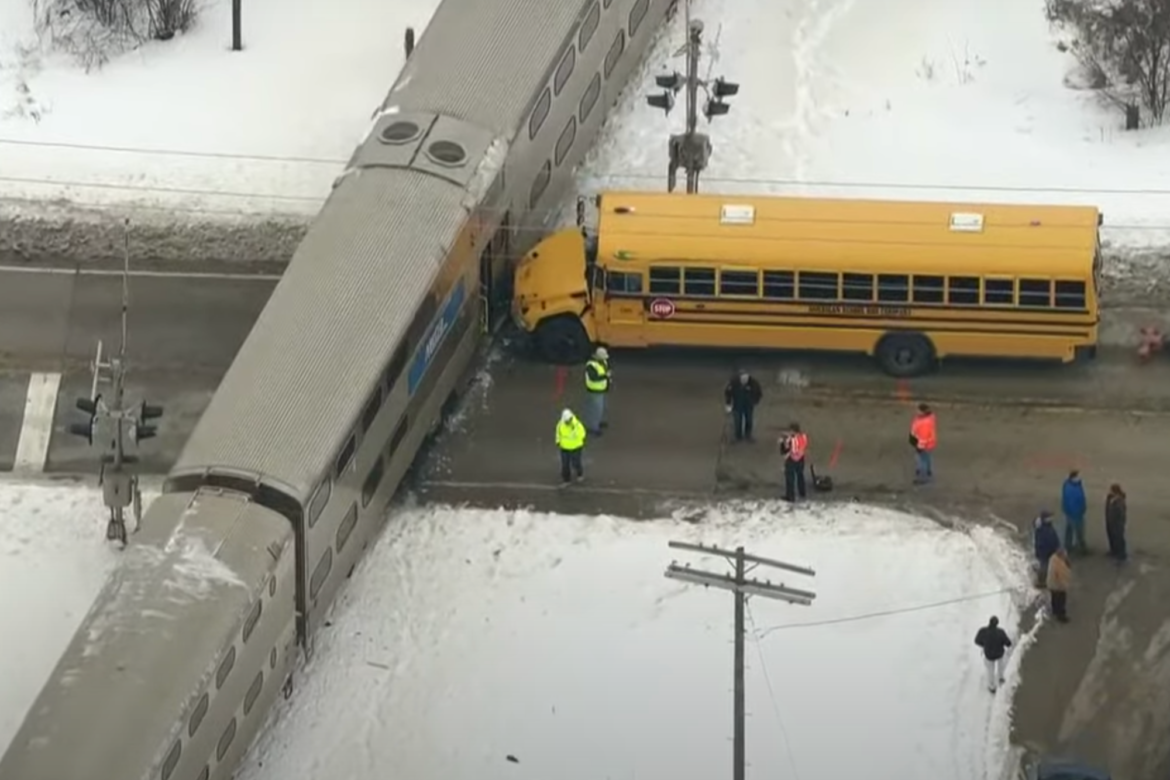 A bus driver is being credited with saving five children aboard a school bus that stalled on train tracks in Orland Park, Illinois, Friday afternoon.

The front of the bus was struck by a Metra train, but not before the driver evacuated the children. No injuries were reported thanks to the driver’s quick actions, according to fire chief Michael Scholfield.

“The investigation we did shows the driver stopped at the tracks as required to do so, but when she started the bus to cross, the bus stalled with the front end of the bus over the tracks,” Schofield told Fox 32 Chicago.

“The gate came down on top of the bus and the driver then quickly escorted the five children off of the bus to safety minutes before the Metra train hit the front of the bus,” he said.

Ava Gentile, 12, and her two brothers were among the students onboard.

“We all just ran off the bus. I got Jeremy and Joshua, the neighbor and I just told them to get off the bus and go far away,” Ava told Fox 32 Chicago.

Ava’s father Marc thanked Ms. Sue for her heroism says there “was a relief” after seeing his three children after the incident. The children gave the bus driver an appreciation hug as well.

A school bus driver is being praised after safely evacuating five children on a school bus before it was struck by a Metra train. FOX 32 Chicago

Fox News Digital has reached out to Metra Train for more information on the incident. 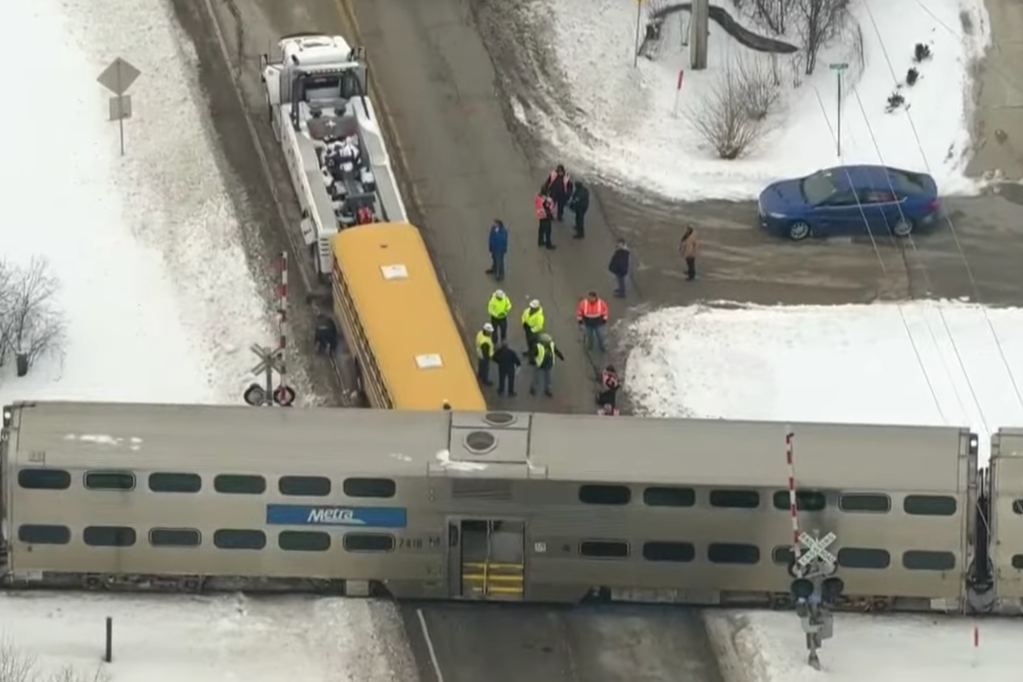 There were no injuries reported due to the driver being able to evacuate all five children in time before the bus was struck by the Metra train. FOX 32 Chicago Checkout latest world news below links :
World News || Latest News || U.S. News