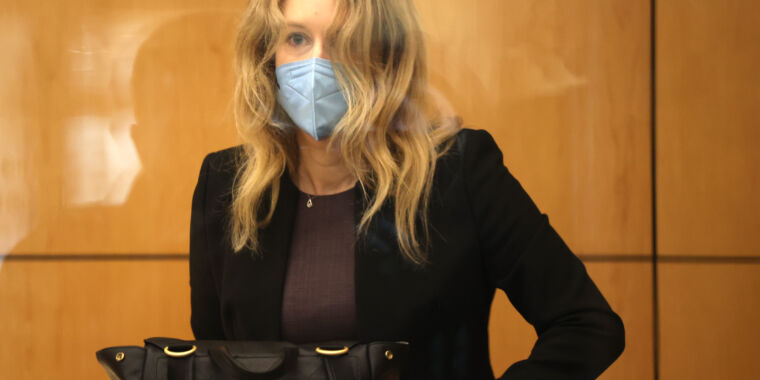 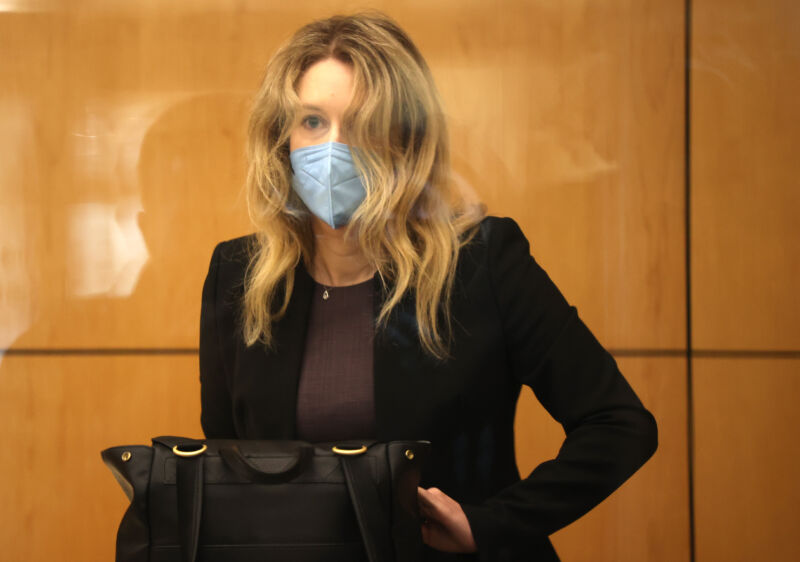 Enlarge / Former Theranos founder and CEO Elizabeth Holmes goes through security after arriving for court at the Robert F. Peckham Federal Building September 17, 2021 in San Jose, California. Holmes is facing charges of conspiracy and wire fraud for allegedly engaging in a multimillion-dollar scheme to defraud investors with the Theranos blood testing lab services.

Jurors in the Elizabeth Holmes trial yesterday heard emotional testimony from Brittany Gould, the first patient called as a witness, who said that one of Theranos’ tests told her in 2014 that she was miscarrying. Gould, who had already been through three miscarriages at the time, heard the news from her nurse practitioner, Audra Zachman.

“She told me your numbers are falling, unfortunately, and that I was miscarrying,” Gould said.

Gould had initially thought she was on her way to a successful pregnancy. Her first test, performed by Sonora Quest on September 30, 2014, reported that a key pregnancy hormone, hCG, was at 1,005, which was suggestive of pregnancy.

Because of Gould’s history with miscarriages, Zachman recommended that she take multiple tests to monitor her progression. Levels of the hormone should double every two days or so. If they didn’t, or if they fell, she would likely be miscarrying. Because Gould would need several tests, Zachman had recommended Theranos because it was “cost effective” and quick to report results.

Theranos, though, soon returned puzzling and troubling results. The first Theranos test, on October 2, reported that Gould’s hCG levels were at 12,558, far higher than expected, Zachman said. On October 4, Theranos said Gould’s levels had plummeted to 125.58.

“I remember communicating to Brittany that it was looking as though this was a non-viable pregnancy, which would make it her fourth loss,” Zachman told the court. Still, something about the results didn’t sit right with Zachman. “There isn’t a medical explanation in a pregnancy loss for the value to go from 100 way back into the thousands or to go up at all really.”

Heartbroken, Gould went home to tell her then-7-year-old daughter, “Mommy is not having a baby,” she told The Wall Street Journal last month.

Theranos told Zachman that the unusually low result—125.58—was because the company had misplaced a decimal point. The correct result for the October 4 test was 12,558, the exact same number Theranos reported on October 2. To Zachman, the corrected results showed “nothing reassuring” about the course of Gould’s pregnancy, and the string of unusual hCG numbers “stood out as such a red flag,” Zachman said.

On the witness stand, Gould recalled discussing with Zachman whether to terminate what seemed like an ill-fated pregnancy, including through the use of medication. Zachman, though, encouraged Gould to get another test, one not performed by Theranos. On October 6, Gould received new results from Sonora Quest that said her hCG level was at 9,559, a more realistic number that suggested the pregnancy was progressing normally. Two days after that, her levels were at 17,716, another reassuring sign.

Gould would go on to give birth.

Zachman said that Theranos offered to “rebaseline” the results and that she received an apology from Christian, Holmes’ brother who worked in product management. Still, the experience caused Zachman to lose faith in Theranos’ tests, and she didn’t recommend its tests to patients after that.