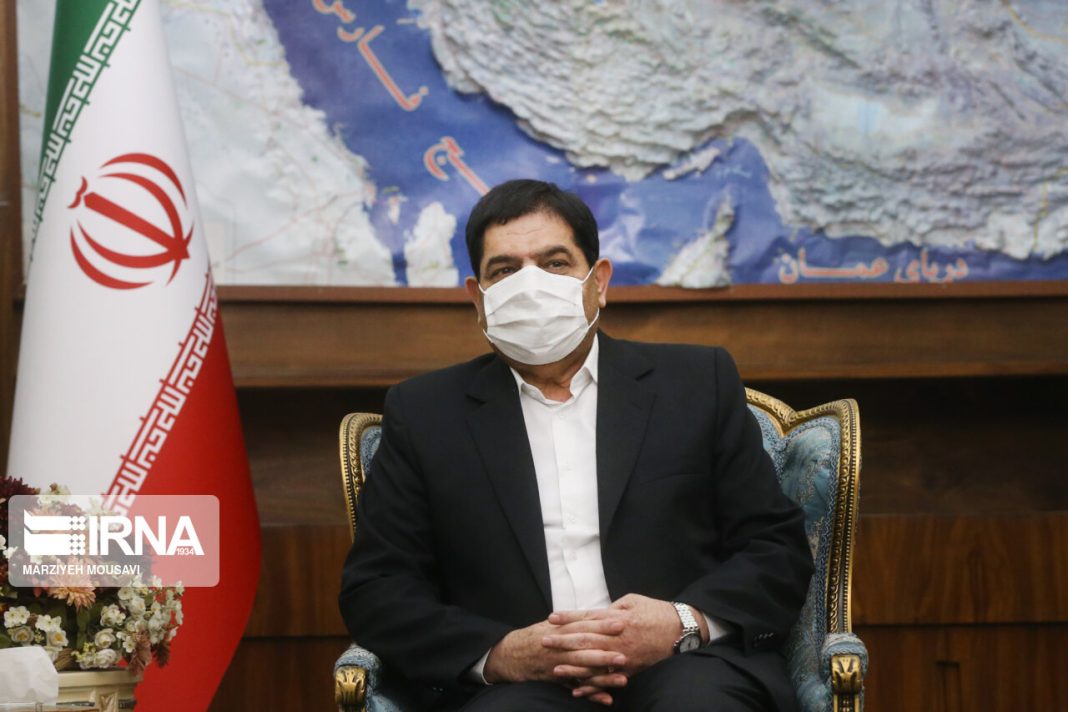 Mohammad Mokhber made the comment during a meeting with visiting President of the Central Bank of Iraq Mustafa Ghaleb Makhif, adding that interaction with neighboring countries is a priority of Iran.

“Both sides should pave the way for deeper cooperation and activities of the Iraqi and Iranian private sector and companies, and to that end, it is necessary that the central banks of the two countries play a stronger role in facilitating financial affairs.”

Mokhber also touched on the security situation in the region, stressing that Iraq’s stability, security and international standing is of great significance for Iran.

Ghaleb, in turn, called for cooperation between the central banks to help the implementation of previous agreements between the two countries.

He added that Iraq considers it a priority to remove existing obstacles to investment of Iranian companies in the country and participation in Iraqi projects.

Ghaleb also hailed Iran’s role in helping restore stability and security to Iraq, stressing that the religious ties between the two neighbors are unbreakable.