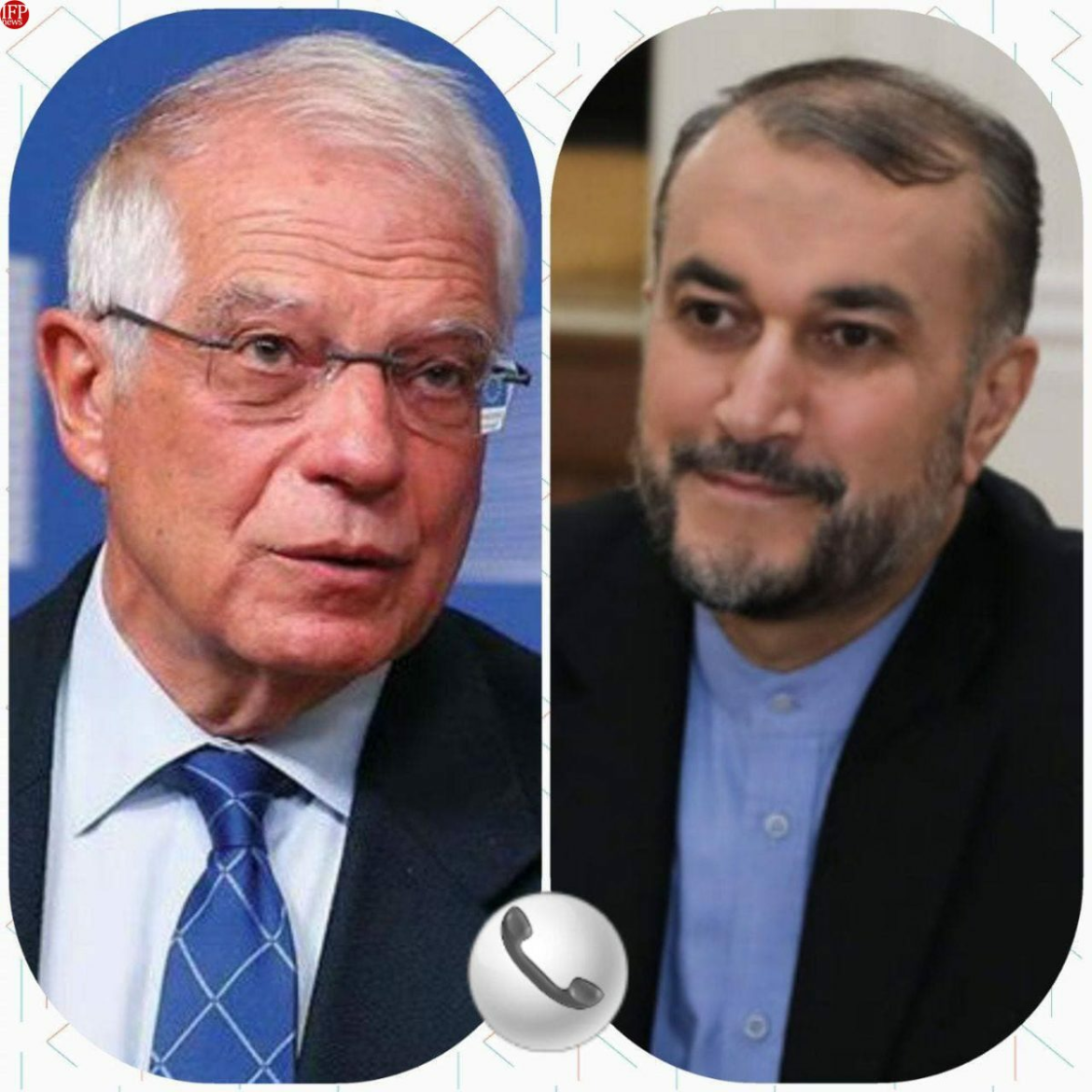 “Some hasty moves, repeatedly playing with the text, and a lack of serious will on the part of the West to reach a good and credible agreement in Vienna have led to unnecessary prolongation of the talks,” Amir Abdollahian said in a phone conversation with European Union Foreign Policy Chief and lead coordinator of the Vienna talks Josep Borrell on Monday.

The Iranian foreign minister stressed that the Islamic Republic will not back down from its red lines, which are based on logic and realism.

He noted that Tehran has presented realistic initiatives during the talks, stressing that it is necessary to include the legitimate rights and demands of Iran in any proposal.

Borrell also said the Vienna talks have reached a critical stage and all parties need to help advance the negotiations through flexibility and by taking into account each other’s capabilities and limitations.

In another telephone conversation with his Russian counterpart, Amir Abdollahian stressed the need for the other parties to the Vienna talks to pay attention to all of Iran’s rights while fulfilling their obligations in any agreement.

Sergey Lavrov appreciated the initiatives and constructive approach of the Islamic Republic of Iran during the Vienna talks.

The Russian foreign minister stressed the need for continued consultations among different parties to the Vienna talks to review the texts and proposals to reach an agreement.

Iran and the P4+1 group namely Russia, China, Britain, France and Germany are engaged in intensive negotiations in the Austrian capital.

The eighth round, which began on December 27, has now become one of the longest rounds of the talks between Iran and the P4+1.

Iran has so far refused to sit down directly with American diplomats; meaning P4+1 negotiators are shuttling between the two sides.

Iran insists that America must remove all sanctions imposed on Tehran after former U.S. president Donald Trump unilaterally abandoned the deal in May 2018 in violation of American commitments. It also says Washington must provide guarantees that it will not leave the deal again.