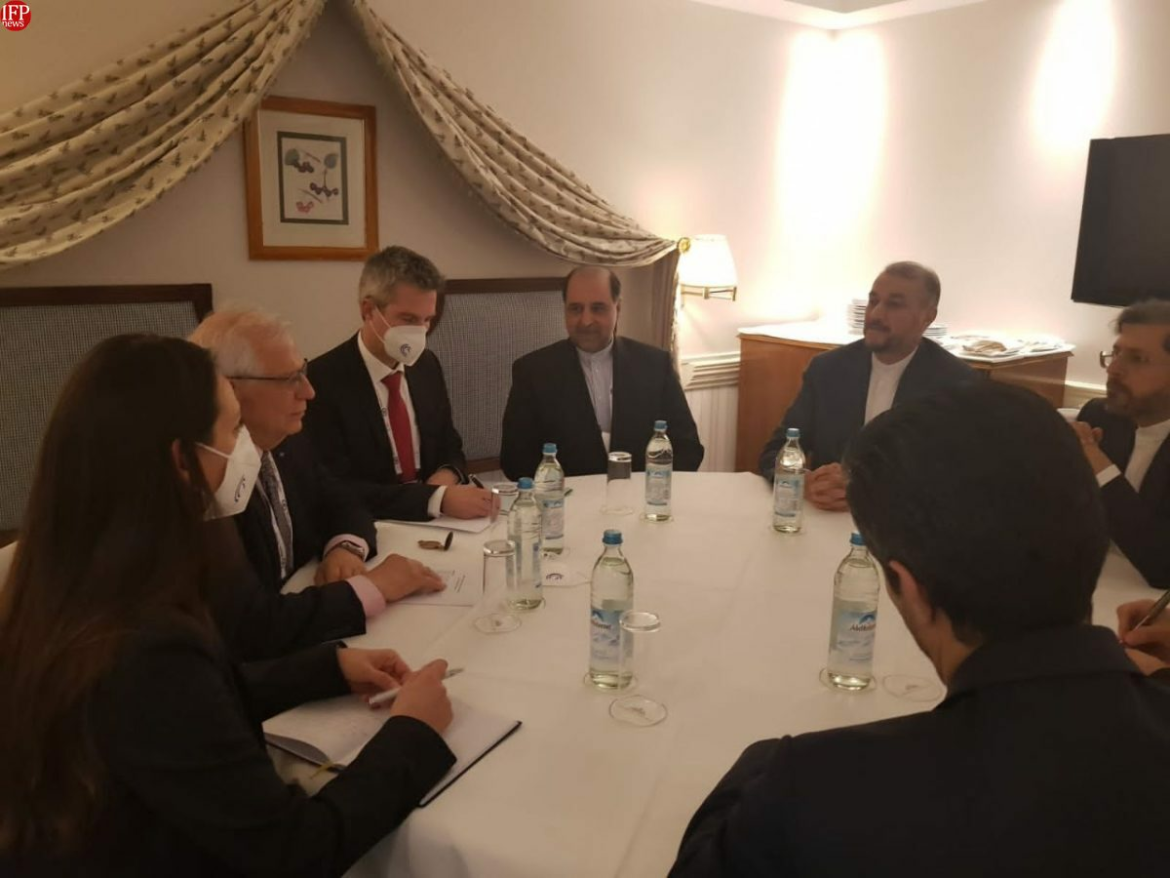 Speaking at a meeting with EU Foreign Policy Chief Josef Borrell on the sidelines of the Munich Security Conference, Amir Abdollahian said it’s time Washington and the three European countries showed they are genuinely determined to reach an agreement with Tehran in the shortest possible time by making necessary political decisions.

The foreign minister said were it not for Iran’s initiatives and proposals, the parties to the talks in Vienna would not be so close to a deal.

He however said the other sides should know Iran will not disregard its red lines. Amir Abdollahian also thanked Borrell and his deputy Enrique Mora who is also the Vienna talks’ coordinator for their role in the negotiations.

During the meeting, Borrell reviewed various parts of the text being discussed with regard to sanctions removal, nuclear commitments, verification and obtaining guarantees, and outlined his views as the Iran nuclear deal’s coordinator.

The two sides agreed to continue their consultations.

He told Albares that the negotiations have reached a point where all sides need to make political decisions to reach an agreement, and in this regard, the European troika must heed their role as signatories to the Iran nuclear deal, JCPOA, and try to respect the legitimate rights and interests of Iran.

The Spanish foreign minister said his country has maintained ties with Iran despite sanctions.

Albares said it was difficult for Madrid to do so, but Spain decided to stay in Iran and this shows the Islamic Republic’s importance for the Spanish government and people.