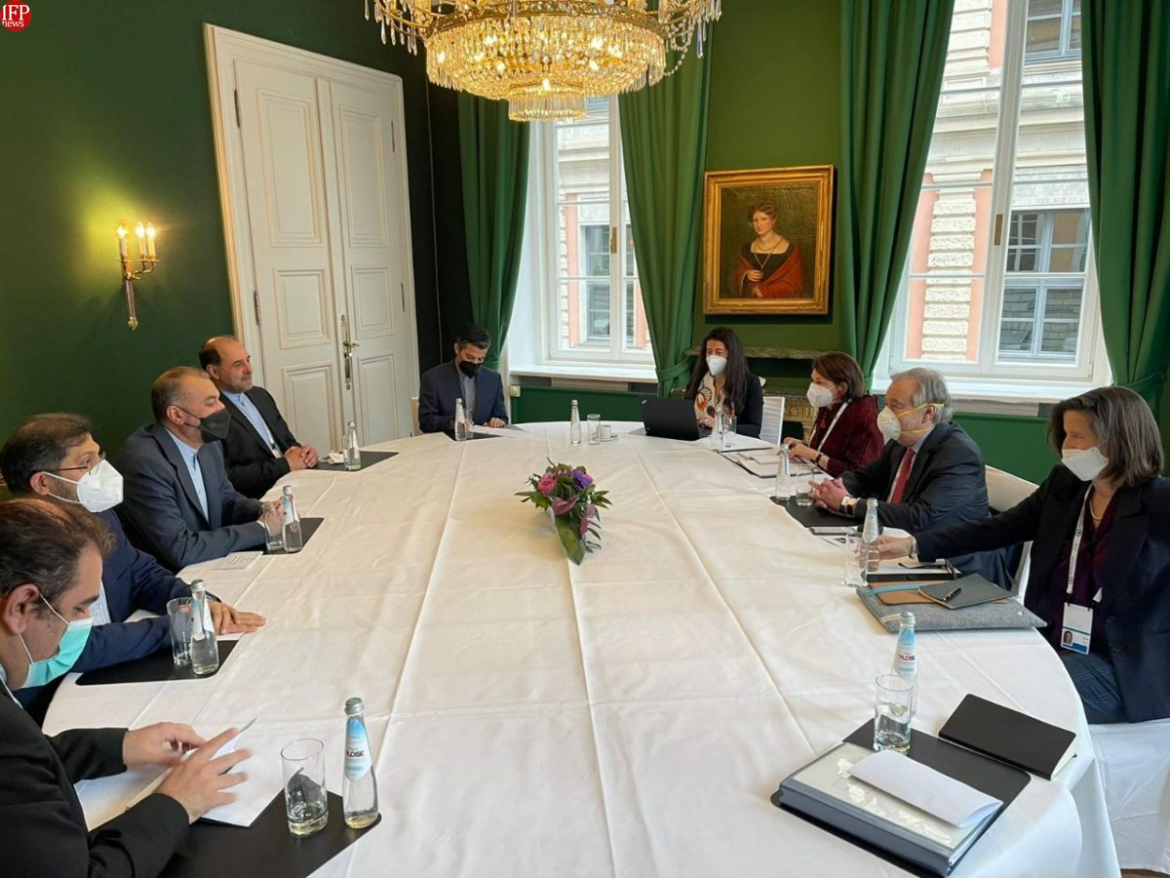 Amir Abdollahian met António Guterres on the
sidelines of the Munich Security Conference.
He told the UN chief that progress in the Vienna talks is significant but the other parties have yet to make serious political decisions and show determination about some key issues.
He underlined the need for the P4+1 group, namely Russia, China, France, Britain and Germany, to secure the rights of Iran.
Guterres said, “We are all looking forward to an agreement being signed and implemented as soon as possible by the negotiating parties that will be acceptable to all sides and ensure the interests of Iran.”
Amir Abdollahian and Guterres also discussed other issues during the meeting including the situation in Yemen and Afghanistan.
Regarding Afghanistan, the Iranian foreign minister underlined the need for the continuation of delivering humanitarian aid to Afghans.
Amir Abdollahian said the issue of forming an inclusive government in Afghanistan with the participation of all political groups is also vital. As for the situation in Yemen, Amir Abdollahian said the crisis has reached a dangerous point and political efforts to resolve it should be stepped up.
Guterres said, “We also think that the government of Afghanistan should be really inclusive.”
The UN chief thanked Iran for its assistance to Afghan refugees and stressed the need to increase global support to Iran.
He noted that the continuation of the catastrophe in Yemen is not unbecoming of the world and that warring sides must find a political solution in the Yemen crisis.