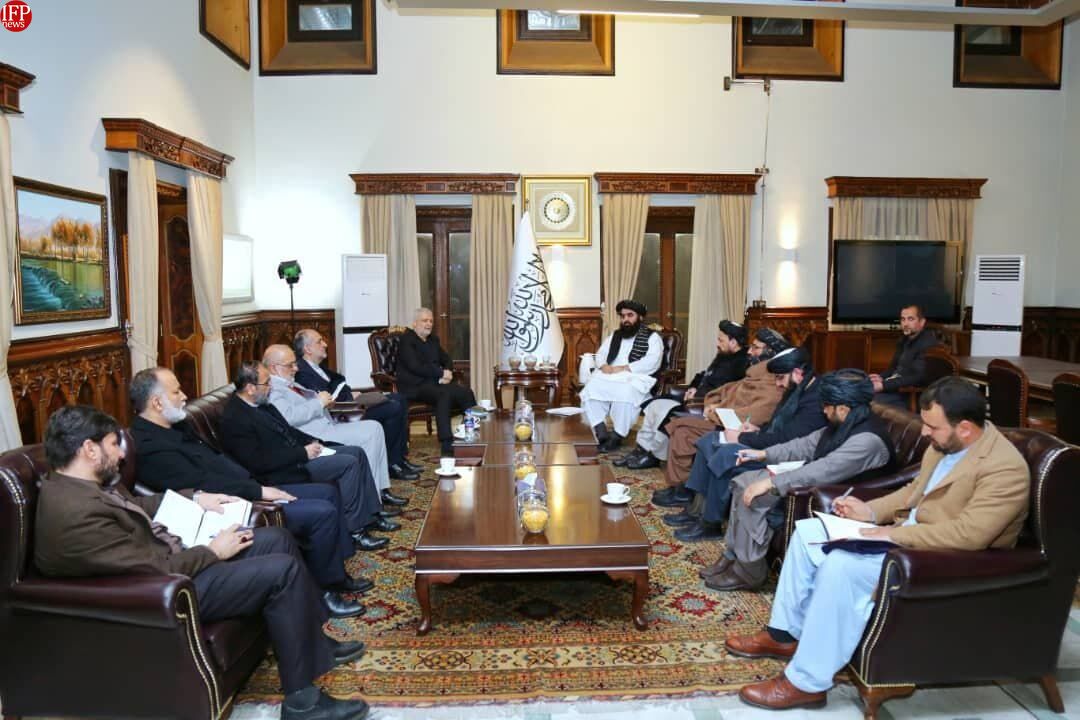 In the meeting, Hossein Kazemi Qomi and the Afghan ministers discussed the situation in Afghanistan and also investment in several sectors in the country such as energy، railways and agriculture.

The Iranian special envoy also announced his government’s readiness for joint ventures in the fields of mining, agriculture, energy and railways. Also, Nigel Casey, the British prime minister’s special envoy for Afghanistan and Pakistan, met on Tuesday with Kazemi Qomi in Tehran, to discuss London’s assistance to Afghan refugees.

According to Casey, Britain has allocated 6.5 million pounds to help the Afghan refugees in Iran. Also on Tuesday, the ministry of energy and water of the Taliban interim government blamed technical problems for its failure to deliver the Helmand water to Iran and announced its commitment to a water agreement between Afghanistan and Iran in 1972.

Earlier, the Iranian minister of energy had said after several meetings with the Afghan side about Helmand water rights, that despite continuous follow-ups, nothing has happened so far and Iranian officials hope to see the release of Helmand water in the coming days.

On Monday, Iran’s Foreign Ministry Spokesman, Saeed Khatibzadeh, said one of the key criteria for Iran to measure the Taliban’s responsibility is the water rights of the Islamic Republic.

He urged the Taliban to translate its word into action regarding the matter.17:06