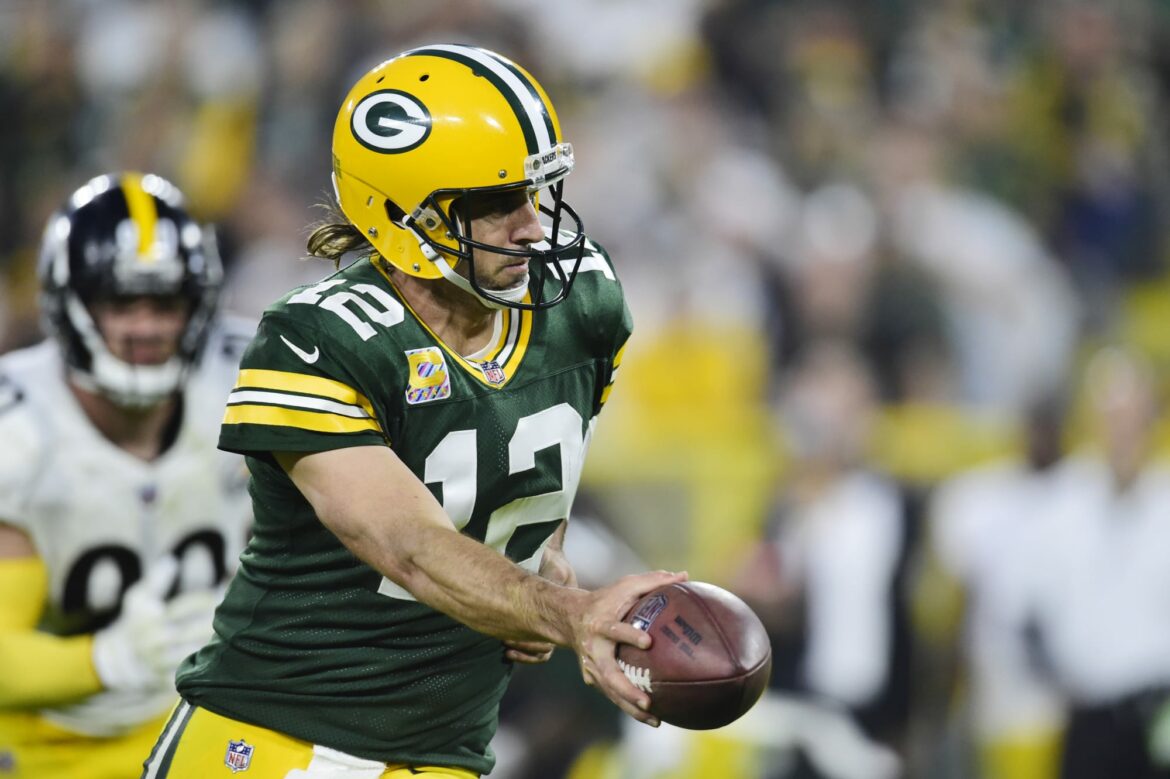 After testing positive for COVID-19, thus ruling him out of a critical game against the Chiefs, everyone is wondering is Aaron Rodgers vaccinated?

When the NFL laid down strict policy about its players and personnel getting the COVID-19 vaccine this summer, the pushback did more than just rile up political feathers.

It seemed a matter of when, not if, we would reach a point in the season where a star player was ruled out of a critical game because of a positive COVID test. Short of a player missing a playoff game — or the Super Bowl — we have seemingly reached perhaps the apex of that situation.

This is a tricky one, and really depends on your interpretation of both the NFL rules and the English language.

Most NFL quarterbacks have played it close to the chest when it comes to revealing their vaccination status, but Rodgers was not among that group — sort of.

NFL Network’s Ian Rapoport initially reported that Aaron Rodgers wasn’t vaccinated, but this is where semantics come into play.

Back in August, Rodgers noted that he was ‘immunized’ against COVID-19 but stopped short of using the word ‘vaccinated’.

The answer to the question lies in the NFL’s reaction to his positive test. Rodgers is out for 10-days, which means he falls under the category of ‘unvaccinated’ in the eyes of the NFL. Whatever treatment he received to be ‘immunized’ is not what the league considers to be a vaccination.

Was that original Aaron Rodgers vaccine update a lie?

Yes and no. But mostly no. He never said he was vaccinated so there wasn’t an inherent lie.

Whether or not Rodgers is vaccinated is a moot point. While he may have pleased himself with being coy a few months ago, today he has COVID and on Sunday he will not be suiting up for a game the Packers cannot afford to lose in an extremely tight NFC playoff race.

Packers fans have the rest of Wednesday and then three more days to talk themselves into and hype themselves up for the Jordan Love experience.

This will be Love’s first-ever NFL start, and it couldn’t come with more pressure.

Pressure has been the name of the game for Love ever since the Packers did him no favors by trading up in the first round of the NFL Draft two years ago to select him. Rodgers responded by winning the NFL MVP. Now there’s pressure to keep the Packers 7-1 season going, as a loss means teams like the Rams, Bucs, and Cardinals suddenly have an advantage that wasn’t previously afforded to them while the Packers were on a winning streak.

Also, imagine if Love goes into Arrowhead on Sunday and beats Patrick Mahomes and the Chiefs? If we’re talking about pressure, the hot take machine might explode from that sort of input.