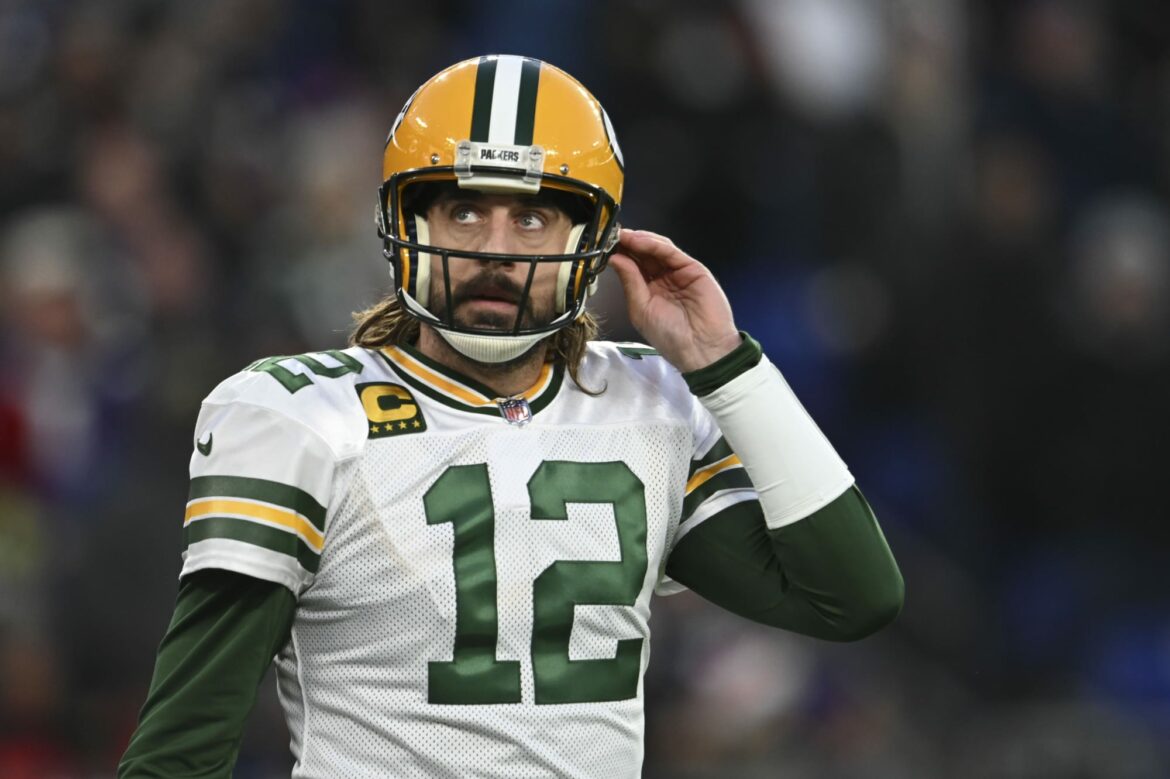 Green Bay Packers quarterback Aaron Rodgers has to be the favorite to win NFL MVP again.

Though his predecessor Brett Favre won three in a row from 1995 to 1997, Rodgers could do him one better with his fourth league MVP if he ends up winning it for this season. While Rodgers has four league MVPs, he has never gone back-to-back. With Tom Brady playing terribly for all the world to see on Sunday Night Football, look who now is in the drivers’ seat to win the league MVP.

At this time, only five players in the league have a semi-realistic of winning 2021 NFL MVP.

Here are the latest NFL MVP odds heading into the final three weeks of the season. Odds are from WynnBET.

Rodgers, Brady, Indianapolis Colts running back Jonathan Taylor and Kansas City Chiefs quarterback Patrick Mahomes are the only players with +1000 odds or better of winning league MVP. Since he still has to play his Week 15 game, Los Angeles Rams quarterback Matthew Stafford will be grouped in with these four MVP candidates for the sake of having the argument.

Admittedly, Stafford and Taylor feel like long shots. Stafford will need to assert himself as the best player in the league in the final four weeks of the season. Unless you are a Rams fan, there is no reason to believe that will happen. As for Taylor, he is the best running back in football right now. Even if he propels the Colts to an AFC South division crown, he plays the wrong position to win it.

So this really comes down to the three best quarterbacks in the game today: Brady, Mahomes and Rodgers. Even though Brady looked terrible vs. the New Orleans Saints, the Tampa Bay Buccaneers have an incredibly soft schedule the rest of the way. While he could put up numbers to get himself back on top of the MVP leaderboard, Brady’s receiving corps so is far from healthy.

When it comes to Mahomes, he does have the runway to potentially catch Rodgers. No team is hotter right now than the Chiefs. Though they are in the driver’s seat to earn the No. 1 seed in the AFC, all three of their games remaining are challenging. If Kansas City wins out, he’s got a chance, but that may not be enough to overcome the lengthy mid-season swoon he demonstrated earlier.

Now with Rodgers, his remaining three games are not as challenging as what Mahomes will be going up against, but not as easy as Brady’s remaining three. What this does is give him three more games where he can put up big numbers against decent opponents to further distance himself from the pack. If Green Bay ends up with the No. 1 seed, the MVP has to go to Rodgers.

While this is Rodgers’ MVP to lose, Brady and Mahomes are his two biggest challengers for it.