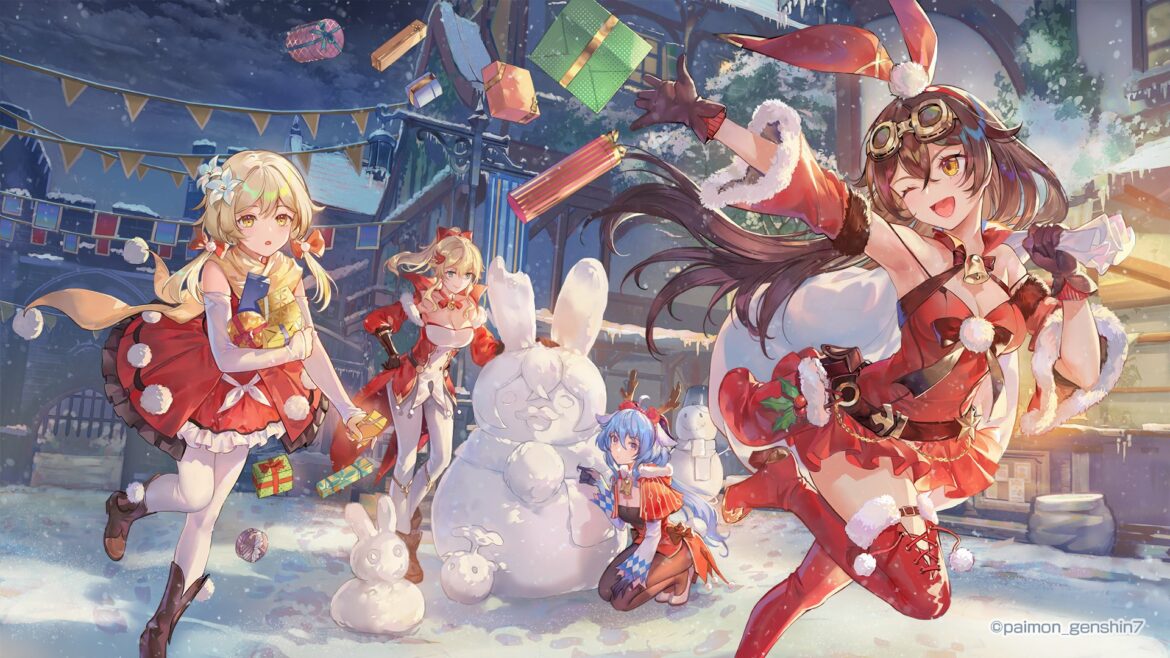 As we’re right into the holidays season, part of the Genshin Impact player base has been wondering if the anime game has any Events planned for the occasion – Like Christmas Santa Skins or additional Primogems.

If you’ve followed our past Genshin Impact coverage for over a year, you should already know Paimon has her own Twitter account. While it’s only in Japanese, she regularly shares exclusive artwork, absent from the main Genshin Impact Japanese Twitter.

In particular, Paimon shared on December 24 a special artwork with Hotaru (Lumine), Jean, Amber, and Ganyu dressed up with Santa costumes.

Are there Christmas Skins or a new year holidays Event coming to Genshin Impact?

If you can’t read Japanese, you might think the artwork and tweet shared by Paimon is teasing a Christmas Event or Skins. However, the tweet explains this is just a simple celebration artwork. Similar to the ones commissioned by miHoyo for character birthdays. It’s official fanart.

Moreover, as I already explained in the past, Genshin Impact has several particularities compared with other social games (gacha games). Usually, these games have events timed with IRL holidays. However, Genshin Impact doesn’t.

Furthermore, Genshin Impact technically already had a Christmas Event. It was the Shadows Amidst Snowstorms main Event in 2.3. Especially the snowmen parts. Gacha games don’t necessarily launch Events on the same date as the holidays’ IRL counterpart. And that’s one of the rules Genshin actually follows.