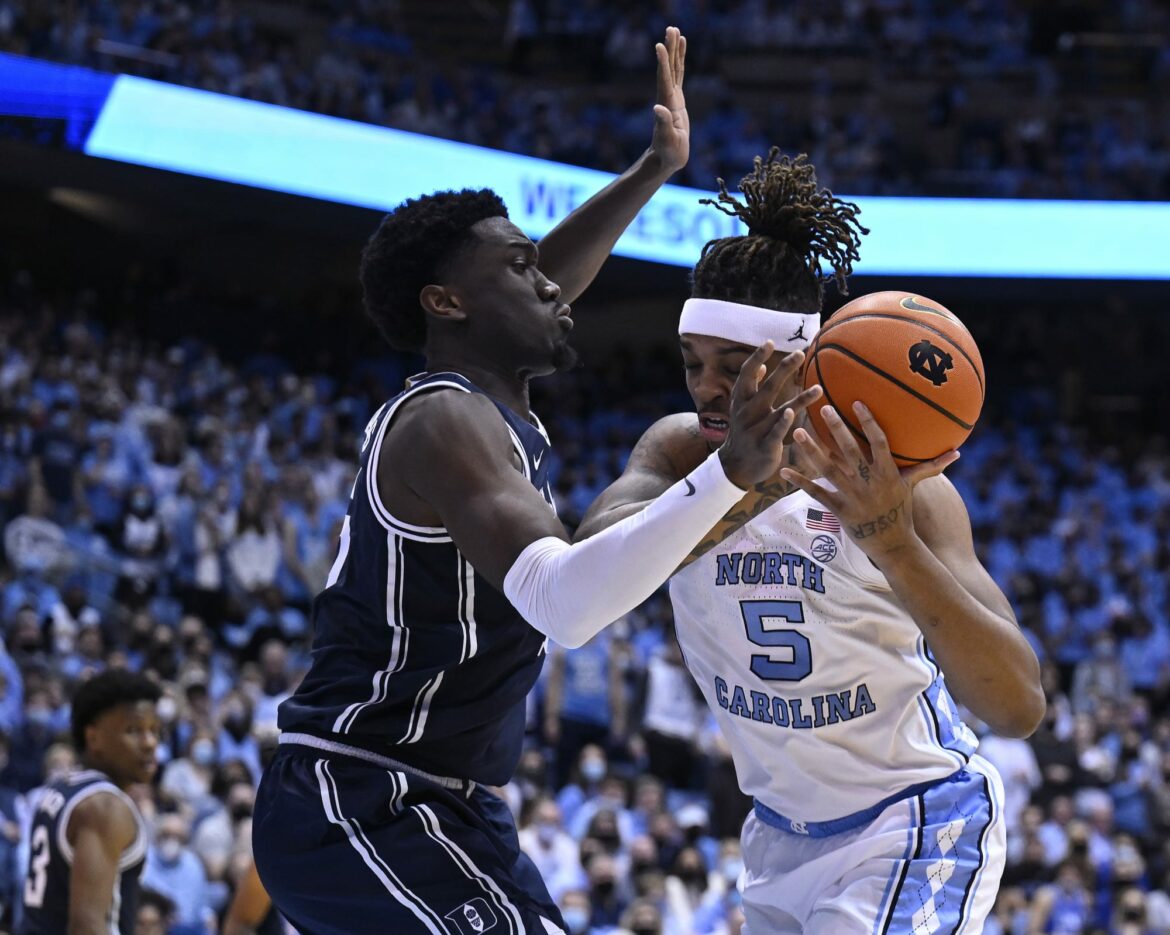 UNC basketball’s NCAA Tournament resume is on shaky ground after a blowout loss to Duke on Saturday night.

Not all NCAA Tournament resumes are created equal and North Carolina’s team sheet is one of the more nuanced ones in recent memory. The Tar Heels were blown out by Duke last night to fall to 16-7 overall, a record that leaves them squarely on the bubble for March Madness.

UNC’s overall metrics are pretty solid, as the Tar Heels boast a NET of 42, which is a solid ranking for an at-large team, while boasting strength of schedule figures that rate 27th overall and 26th in the non-conference. The problem is that North Carolina has played very poorly in its Quad 1 games, which CBS Sports’ Matt Norlander pointed out last night when breaking down the Tar Heels’ 0-7 performance against its toughest competition.

“This is a tournament team. North Carolina’s going to make the NCAA Tournament.”—Bilas.

How close to the cut line is UNC?

Simply put, getting run off the floor by pretty much every tournament team they have run into is not a good look for the Tar Heels. To the credit of Hubert Davis’ team, they have literally beaten everyone else on their schedule, allowing them to compile a lot of wins that have an empty-calorie feel right now.

The fact that the ACC is having a very down year is also a significant concern for North Carolina since there will be fewer opportunities for the Tar Heels to show that they can compete with potential tournament teams, an important distinction for the eye test that the Selection Committee can use to distinguish between teams with similar metrics. The remainder of UNC’s regular-season schedule only offers two games against potential tournament teams, a home date against Florida State and a season-ending trip to Duke, meaning there are six potential opportunities to add a bad loss to the ledger.

For argument’s sake, let’s assume that North Carolina goes 7-1 by beating Florida State and losing at Duke, which would likely leave the Tar Heels 0-8 in Quad 1 games but 23-8 overall. North Carolina’s track record suggests they would likely have a bye to the quarterfinals of the ACC Tournament, where they could pick up another win against a non-tournament team before running into Duke again, which could lead to a loss.

That scenario puts the Tar Heels at 24-10 overall with nine Quad 1 losses, of which six have not been particularly close, and firmly on the bubble. The selection committee has tended to favor power conference teams with lofty win totals over mid-majors, but North Carolina’s performance against top teams has left them vulnerable to being left behind if they continue to demonstrate an inability to even compete against the best competition.

The bigger danger for North Carolina would come from teams with more losses in stronger leagues, such as Oklahoma and West Virginia from the Big 12 or Florida and Mississippi State out of the SEC. Those teams have lost more games but have performed better against top competition, making them palatable alternatives to North Carolina.

The other concern would be from teams like Notre Dame, which has a head-to-head win over the Tar Heels already to go along with a win over Kentucky that is far better than anything UNC can offer. The metrics will likely continue to play in North Carolina’s favor thanks to some strong scheduling from Hubert Davis but the Tar Heels would be well advised to keep stacking up wins to help offset some of their Quad 1 struggles.