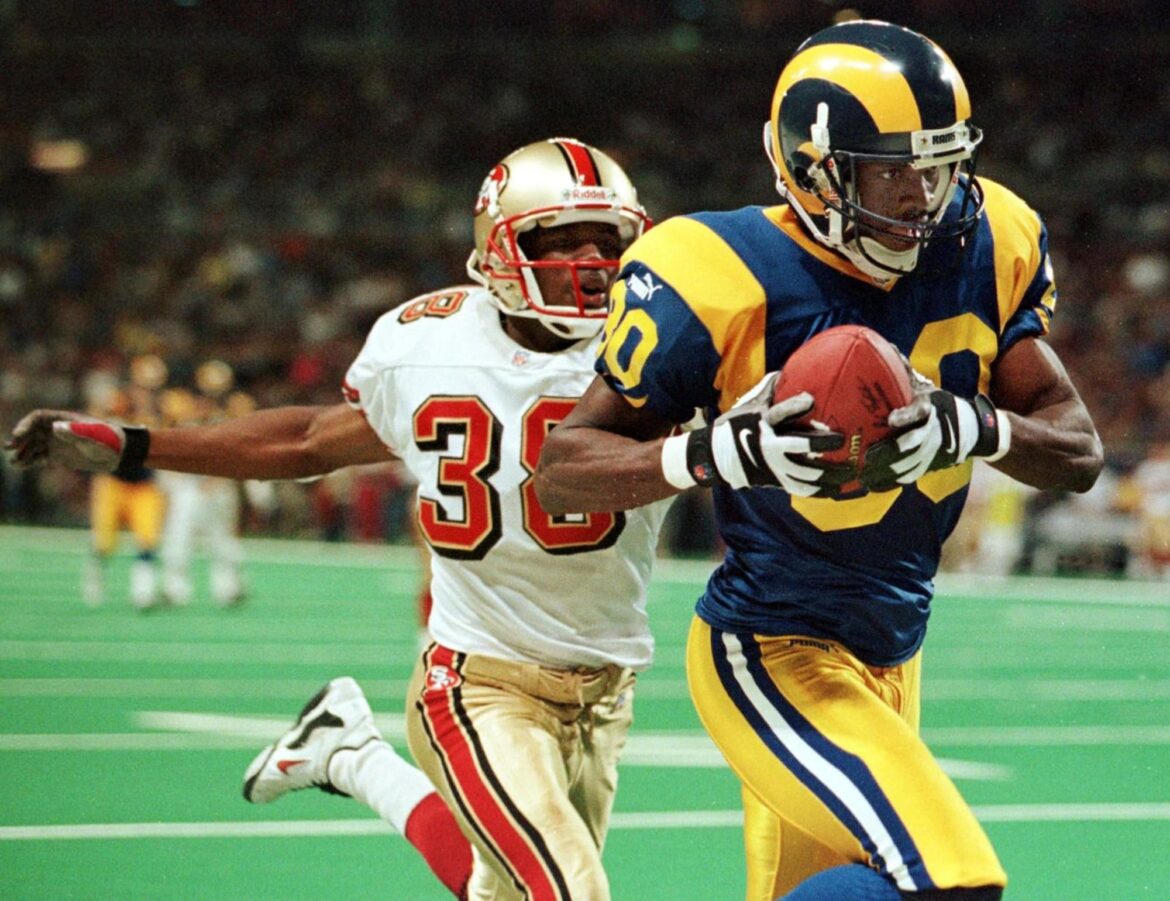 Isaac Bruce helped produce one miracle in St. Louis. Why not another?

Bruce, the Hall of Fame receiver who starred in a pair of Super Bowl appearances with the St. Louis Rams — and their championship of 1999 — has hope. While the NFL has now twice abandoned the city in which he became famous during his illustrious career, Bruce believes there could once again be pro football under the arch.

Speaking with FanSided’s Matt Verderame and Mark Carman during a recent episode of the Stacking The Box podcast, the 48-year-old Florida native spoke candidly about his thoughts on the matter.

Isaac Bruce would love to see the NFL eventually back in St. Louis

“I’m for peace, maybe the NFL is for peace,” said Bruce of the league’s ongoing lawsuit with the City of St. Louis. “And you know, just put a representative of the peacemaker right in between the two. I can see that happening. If they’re serious about the inclusion of people of color being in ownership positions, we’ll see that soon.”

When asked about whether he believes the NFL is serious about ensuring minorities get opportunities to own franchises, Bruce elaborated:

“I think sometimes they throw words at the wind, but I don’t think they’re the judge with the gavel that really says yes or no. Their seriousness probably went up a percentage point.”

For football fans in St. Louis, the scorn likely remains but so to the desire to have the NFL back. The Cardinals called St. Louis home from 1960-87 but never hosted a playoff game before leaving for Phoenix before the ’88 campaign. The Rams showed up in 1995 and stayed until the conclusion of the 2015 season, winning the franchise’s only Super Bowl in ’99.

As for Bruce, his accomplishments are many.

The Memphis product came to the Rams in ’94 and notched four Pro Bowls, 1,024 receptions, 15,028 yards and 91 touchdowns before having his No. 80 retired by the Rams. In ’99, Bruce caught 77 passes for 1,165 yards and 12 scores before creating his ultimate highlight, a game-winning 73-yard catch in Super Bowl XXXIV with just over two minutes remaining.

Bruce is also currently working with the Special Olympics, a fantastic cause he has deeply supported for more than 25 years.

“Getting everyone involved in sports,” said Bruce of his main reason for involvement. “I think I was first introduced to the Special Olympics in 1995 in St. Louis, and to still be affiliated with them, I think is special. (The athletes) get an opportunity to be a part of sports. They’re more knowledgeable than people give them credit for. They’re sports fans as well. I believe fitness is a high priority for every American and we should do our best to participate. Just having the opportunity presented to (those with) special needs and the Special Olympics is awesome.”