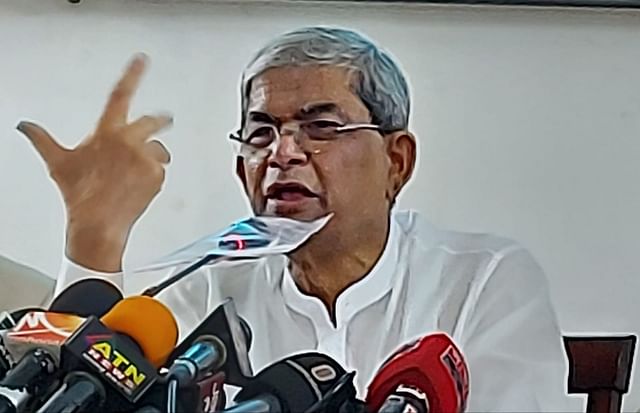 The Cabinet Division has issued a notification to form an inquiry committee to form a new Election Commission (EC). BNP secretary general Mirza Fakhrul Islam Alamgir termed the inquiry committee as meaningless and said, “It has no value.

The BNP secretary general said, ‘There is nothing new to say about this. We think the inquiry committee, the election commission — everything is under the government. We have no interest in these. It is nothing but cheating with the people.

Mirza Fakhrul Islam further said, “It is important for the people, not the Election Commission, to have a neutral government during the elections. Because, as it turns out, there has been no free, fair and credible election under this government. So at the moment we have no interest in the inquiry committee, the election commission.

Earlier in the day, BNP standing committee member Iqbal Hasan Mahmud gave a separate response to reporters about the search committee in front of the BNP chairperson’s office in Gulshan. He said, ‘The search committee is not an issue for us. We are not interested to know who is there, who is not, who stayed, who did not stay. ‘

Asked about the BNP’s position on the announced inquiry committee, Iqbal Hasan Mahmud said, “Our party’s position is very clear. We think that no election will be fair under this government. Now, whether it is the search committee or whatever, and whatever the election commission is, if there is this government, we will not go to any election. As a result, I do not want to comment on this.

The Awami League is calling the announced inquiry committee neutral, in response to a question on how the BNP views the issue, the BNP leader said, ‘This government says a lot. He also said about the previous commission that everyone is a neutral, objective person. The election commission we got later seems to be the worst election commission in Bangladesh.