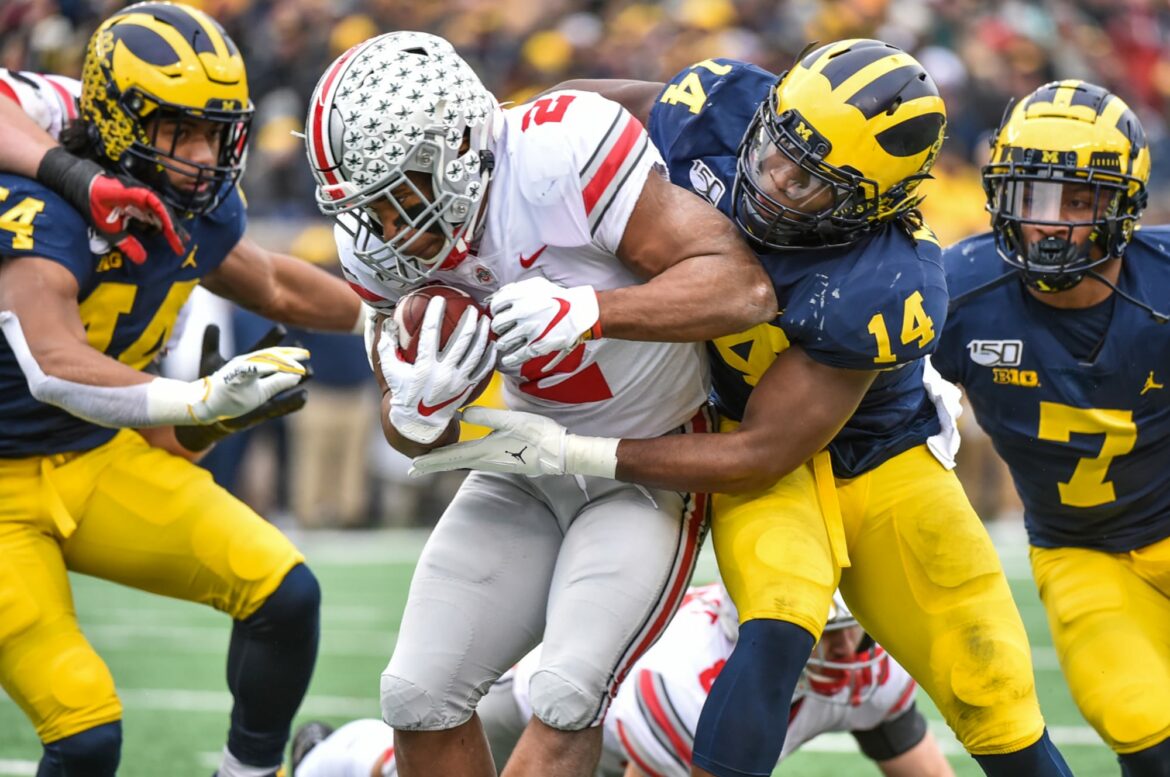 Baltimore Ravens running back and Ohio State alum J.K. Dobbins is a man of his word and will pay off a debt, even if it means wearing Michigan colors.

Following the Buckeyes 42-27 defeat by the Wolverines, Dobbins sported a Michigan shirt in a photo with Ravens head coach John Harbaugh.

And of course Harbaugh was on the Michigan side of the bet considering his brother, Jim, is the head coach in Ann Arbor (and just picked up his first win over Ohio State).

Though Dobbins sported the shirt, he quickly reminded ecstatic Wolverines fans about how he fared in the rivalry, particularly a game in which Dobbins ran for over 200 yards in a victory in the Big House.

It’s been quite a week for the Ohio State fans and former players, including J.K. Dobbins, having to hear about Michigan’s first victory in over a decade. But the Wolverines earned it.

This strategy has been the hallmark of the Baltimore Ravens as well, and it has worked to Dobbins’ pleasure. However, Dobbins has not played at all this season due to a torn ACL suffered in August during a preseason game. Still, in his first season in Baltimore, Dobbins racked up over 800 rushing yards and nine touchdowns.

While Ohio State will be heading to a different bowl game, Michigan is set to play in the Big 10 Championship against Iowa with a berth in the College Football Playoff on the line. Should the Wolverines falter, the Buckeyes faithful will undoubtedly have something to say about the matter. Only time will tell if that comes to fruition.