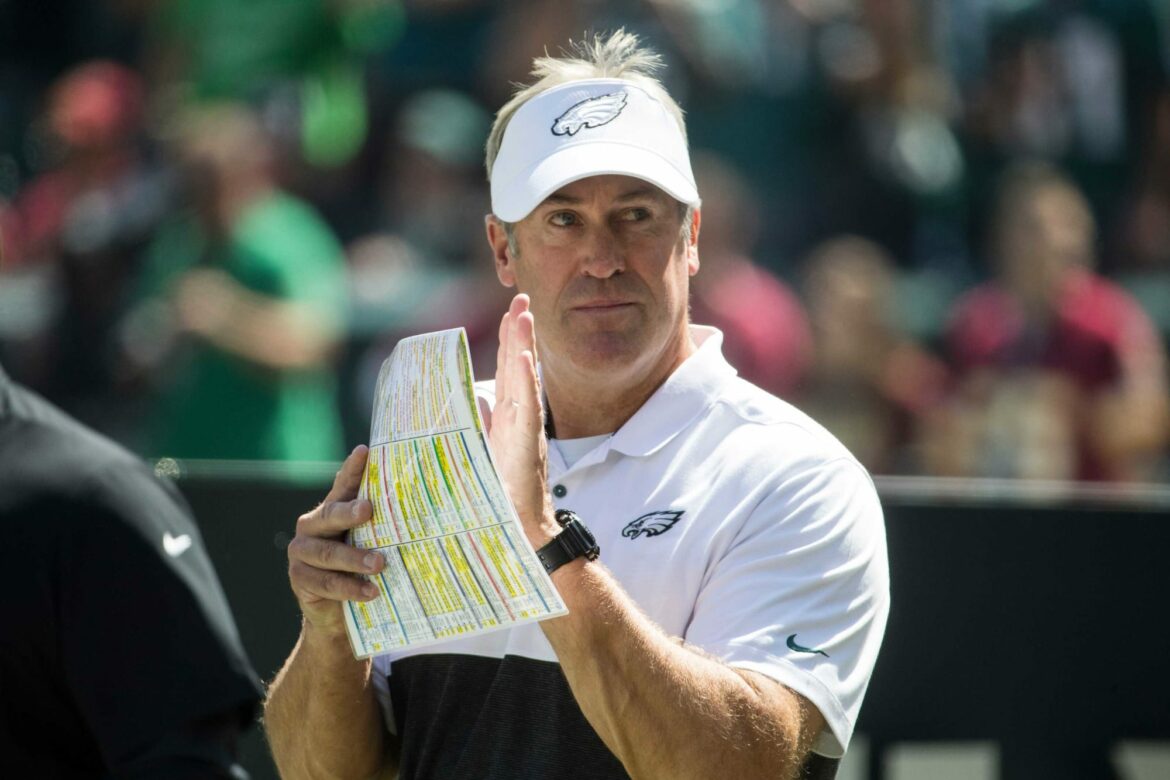 The Jacksonville Jaguars are reportedly hiring Doug Pederson, formerly of the Philadelphia Eagles, as their next head coach.

The Urban Meyer experiment failed in spectacular fashion for the Jacksonville Jaguars after just 13 games. Now, the team needed to find their next head coach to help lead the team and quarterback Trevor Lawrence to success. They have reportedly found their guy in the form of a former Super Bowl champion.

According to ESPN NFL insider Adam Schefter, the Jaguars are hiring former Philadelphia Eagles head coach Doug Pederson as their next sideline boss.

Former Eagles’ HC Doug Pederson is being hired as the next head coach of the Jacksonville Jaguars, source tells ESPN.

Pederson recently spent five years as the head coach of the Eagles, where he held a 42-37-1 overall record. Of course, Pederson led the team to a Super Bowl LII victory over the New England Patriots behind quarterback Nick Foles.

After the Jaguars fired Meyer and were allowed to request interviews with head coaching candidates, Pederson was the among the first names on the team’s wish list.

One of the other candidates on the aforementioned list was Tampa Bay Buccaneers offensive coordinator and former Jaguars quarterback Byron Leftwich. But earlier in the day, a report from Rick Stroud of the Tampa Bay Times indicated that Leftwich was expected to remove himself from consideration for the Jaguars’ head coaching job.

The pressure was on for the Jaguars to find the right candidate to be their head coach with Lawrence set to enter his second-season in the NFL. Jacksonville used the first-overall pick on the Clemson star, and watched as he threw for 3,641 yards, 12 touchdowns and 17 interceptions on a 59.6 completion percentage in his rookie campaign.

Jacksonville obviously felt that Pederson is the right coach to led Lawrence and the team to success.