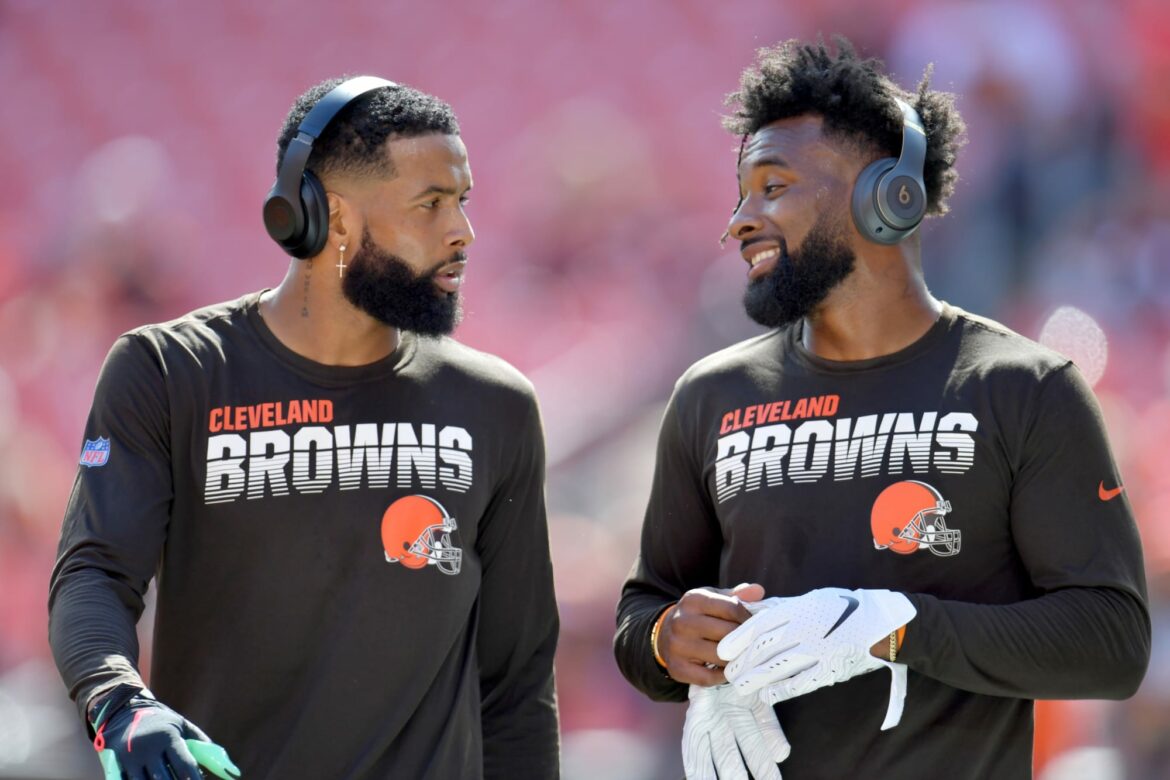 Odell Beckham Jr. made it to the Super Bowl for the first time of his career in his eighth NFL season. After mutually parting ways with the Cleveland Browns midway this season, Beckham signed on with the Los Angeles Rams. Now, Beckham is playing for his first Super Bowl ring on Sunday, Feb. 13 from SoFi Stadium.

While speaking with the media on Super Bowl Opening Night, Beckham received a surprise call from best friend and former teammate Jarvis Landry, who congratulated the Rams receiver for making it to the big game and told him to “go get that ring.” You can take a listen to their interaction below.

Landry and Beckham have been friends before the two played college football for the LSU Tigers. The two entered the NFL Draft in 2014, with Beckham being selected by the New York Giants and Landry going to the Miami Dolphins. But in 2019, the duo were reunited in Cleveland.

Shortly after Landry was traded to the Browns, Beckham was sent over as well in a blockbuster trade by the Giants prior to the 2019 season. In their first season together, the Browns fell short of lofty expectations, finishing 6-10. The following year, Cleveland made it to the playoffs for the first time since 2002. However, Beckham missed the majority of the season after tearing his ACL. Then in 2021, Beckham and the Browns parted ways after Week 8.

Beckham fit in the Rams offense seamlessly, as he caught 28 passes from Matthew Stafford for 305 yards and five touchdowns in eight regular season games. His tremendous play continued throughout the playoffs, with his best showing coming in the NFC Championship Game, where he caught 9-of-11 passes for 113 yards in the team’s 20-17 win over the San Francisco 49ers. Overall, Beckham recorded 19 receptions for 236 yards and one touchdown on 23 targets in Los Angeles’ three playoff games this year.

Just ahead of Beckham’s big game against the Cincinnati Bengals, Landry wanted to give him a call to congratulate him and let him know that he will be cheering for him.