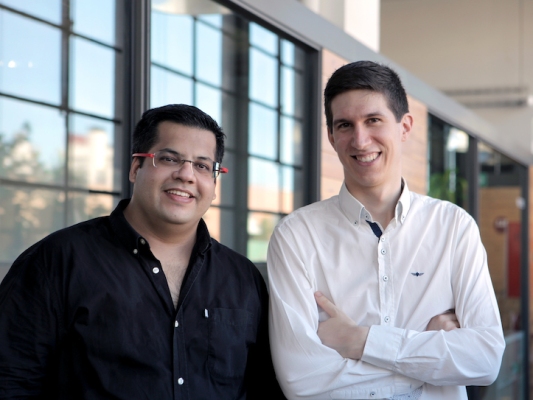 I recently wrote about the so-called “Embedded finance” trend, citing the example of Intergiro’s recent fund-raising in the space. There’s now yet another example of this trend in the shape of HUBUC.

Billing itself as “AWS for financial services” the startup — which emerged from Barcelona, Catalonia, Spain — has now raised a $10m Seed funding round co-led by WndrCo and Runa Capital.

WndrCo is a significant win for the company, since the deal brings WndrCo’s Managing Partner and former co-founder and CEO of Dreamworks Animations, Jeffrey Katzenberg to HUBUC’s cap table. This is a powerful ally to have.

But the list of influential investors doesn’t stop there. Y Combinator and Village Global, backed by Jeff Bezos, Kenneth I. Chenault, Abigail Johnson, and Bill Gates, also participated alongside a number of angel investors (listed below).

Founded in 2021 by a pair of fintech entrepreneurs (Hasan Nawaz, CEO, and Ignacio Javierre, COO) HUBUC says it does the heavy lifting of embedding financial services into business offerings via an API with no-code solutions. This means bank accounts, payments, virtual and physical cards as well as real-time FX rates and digital wallets can be offered HUBUC, becaue is sits as a layer between the financial partners it works with, and the company’s product. That means it manages the contracts, regulatory requirements, AML, other integrations and risk etc.

In a statement, Nawaz said: “Embedded finance is no longer the exclusive privilege of large technology firms. Our vision is to become the platform that enables any company to embed financial services within their products. And we’re doing that by simplifying a hugely complex process and wrapping everything into one contract and one API.” He says they looked at various fintech verticals in 2017 such as but decided to go for an across-the-board API approach.

Of course, they aren’t the only player. These include FIS, Temenos, Adyen, and Wex. Some analysts predict that, by 2025, the payments segment revenue of embedded fintech could reach $141bn.

Katzenberg, Walt Disney Studios’ former chairman, and WndrCo co-founder said: “Embedded finance is going to disrupt banking in every single vertical market, from retail, mobility, to logistics and insurance. But to get there requires significant investment – and therefore risk – to develop and deploy. We can see the huge value HUBUC offers to its customers by delivering a full suite of services.”

Andre Bliznyuk, General Partner at Runa Capital added: “We see fintech infrastructure as one of the most promising themes for the next 10 years, as the demand for launching financial products is rapidly accelerating.”