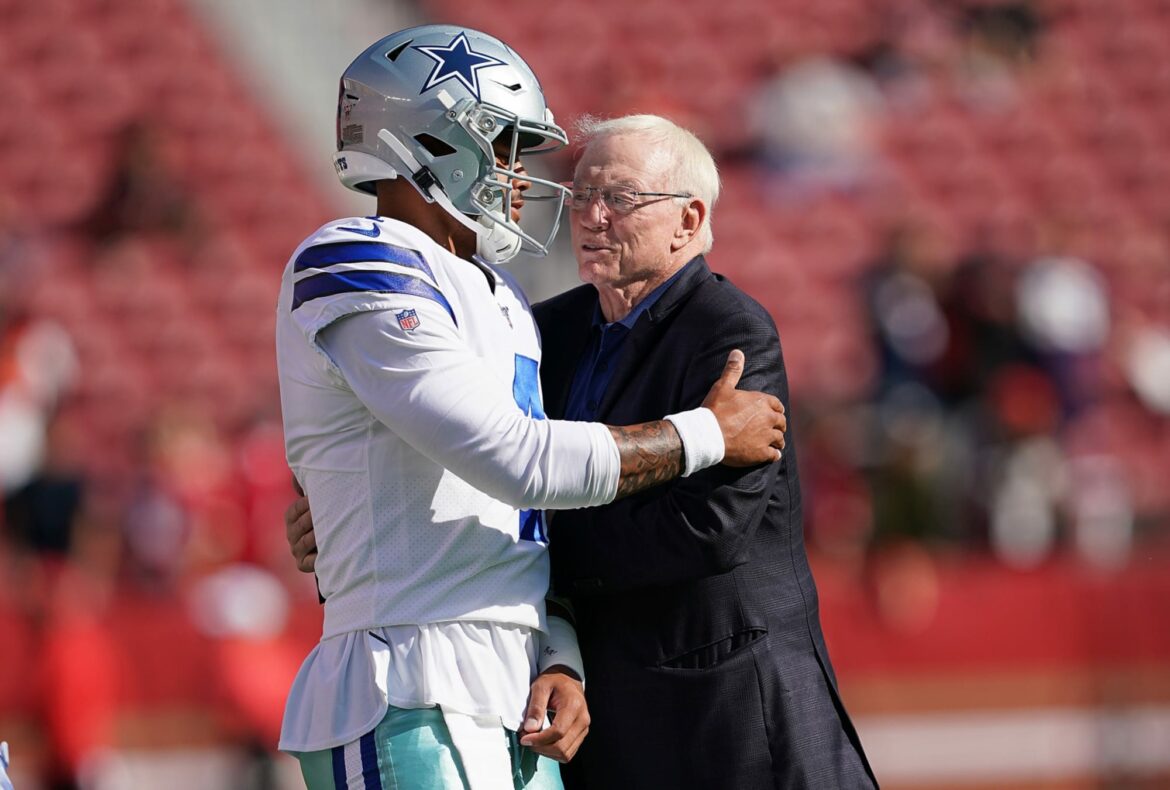 In Dallas, there doesn’t seem to be enough blame to go around to explain what’s going on with the Cowboys. Or, that the blame seems perpetually misdirected, shifting in differing directions each week.

While Cowboys owner/general manager Jerry Jones recently blamed his wide receivers for not running the right routes, this week, he felt compelled to admit that it was fair to say that quarterback Dak Prescott has hit a slump.

“I don’t want to say that, slump, but that’s probably fair,” Jones said Tuesday on 105.3 The Fan in Dallas. “But it’s such a multifaceted evaluation that I would say our offense is definitely away from where we were playing five and six games ago from the standpoint of production.”

Opinions on what the problems are on the Cowboys offense — and who the problems reside with — are continuously being debated as the Cowboys finished Week 14 with a narrow 27-20 win over the Washington Football Team.

Cowboys coach Mike McCarthy was also asked about a potential slump, but his answer reflected an emphasis on improving rather than openly blaming the quarterback’s performance.

“I wouldn’t say a quarterback is having a slump,” McCarthy said. “It’s different in football. A lot of things go into it. I don’t think Dak is in a slump. I think everything has not gone the way we would like to go are things we can improve on. That’s the focus this week. We got a chance to go through the videos as a staff, and the players went through this [Monday] morning… We’ll just keep working. It goes this way sometimes.”

Jones, the overconfident owner-turned-GM, enjoys commenting on his roster without understanding what is going on. Just a week ago, he backed Prescott, but unnecessarily threw his receivers under the bus.

This week, he could have denied a slump the way McCarthy did and said that the offense is working through things together. Commenting on individual player performance week in and week out only adds to the noise and distractions, which should not be coming from within their own organization.

The Cowboys have four games left: three against divisional rivals, and one against the Arizona Cardinals. While the Cowboys command a strong lead to clinch the NFC East, their game against the Cardinals will be a true testament as to whether or not the Cowboys are a legitimate playoff contender.

Whatever the reason is for their lackluster offense, Dallas has until Jan. 2 to pull themselves out of their slump — but Jones’ weekly radio comments likely won’t get them there.