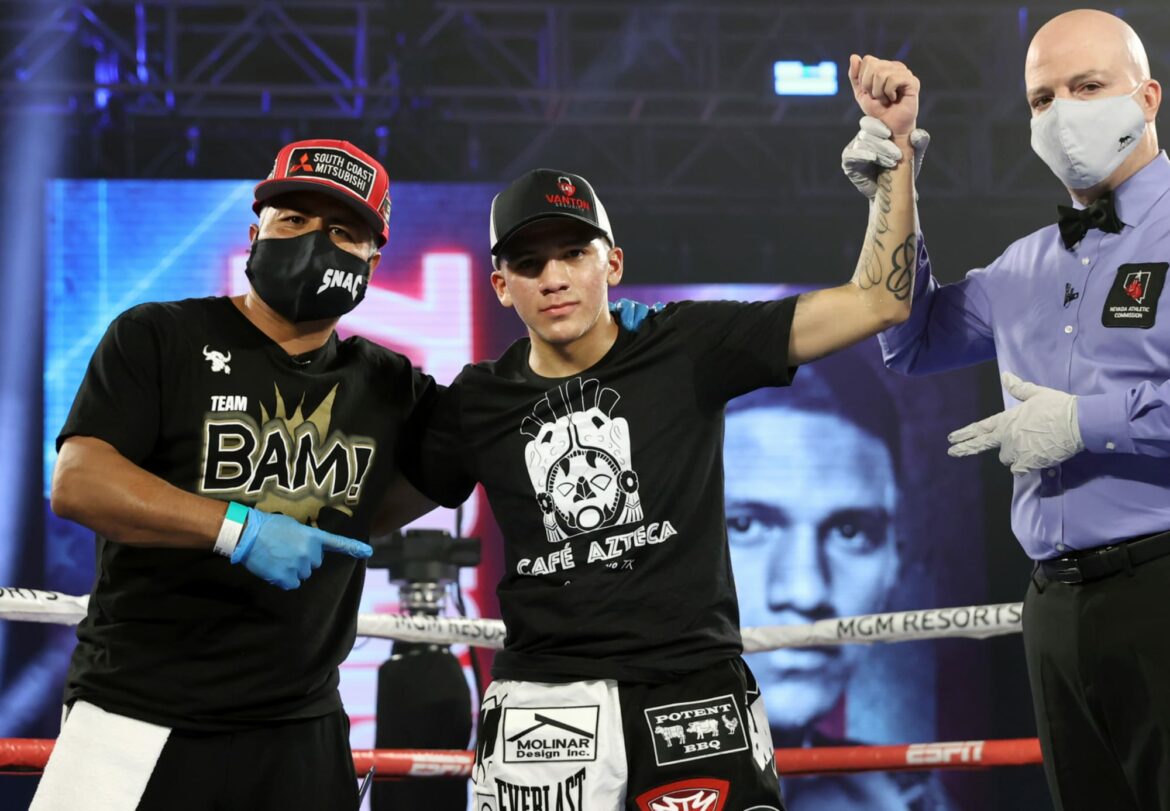 It only took young Jesse Rodriguez 15 fights to become a world champion. He hung in tough against Carlos Cuadras to become the WBC champion.

Jesse Rodriguez was a late replacement for former boxing champion Carlos Cuadras. Cuadras expected Srisaket Sor Rungvisai, but Rodriguez replaced a sick Sor Rungvisai and made the most out of his opportunity.

Cuadras (39-5-1, 27 KOs) held the WBC super flyweight from 2014-2016 but lost it to Sor Rungvisai. Instead of getting a long-awaited rematch, Cuadras drew a young and unbeaten Rodriguez.

At 22 years old, Rodriguez (15-0, 10 KOs) had the youth advantage over the 33-year-old Cuadras. He moved up from flyweight to challenge Cuadras for the vacant WBC super flyweight title. It proved to be a smart move for Rodriguez.

Cuadras was aggressive early in the fight. He threw looping hooks to Rodriguez’s head and body. Several got through, but Rodriguez displayed stellar defense and caught many of Cuadras’s punches on his gloves.

Rodriguez quickly put his southpaw stance and punch accuracy to use. Although he appeared smaller than Cuadras, he put Cuadras down in round 3 with an uppercut. Cuadras recovered, and Rodriguez ended the round bleeding from his nose.

Although Cuadras drew first blood, Rodriguez amassed a healthy lead on the cards. His hand speed and accuracy got the better of Cuadras for the majority of the night, and by round 6, Cuadras’s face started to break up.

In round 11, Rodriguez bloodied Cuadras’s nose, but the older Cuadras never stopped throwing his hands. The fight went the full 12 rounds, but to no one’s surprise, Rodriguez received the unanimous decision victory to become the new WBC champion at the Footprint Center in Phoenix, AZ.

Rodriguez is the younger brother of WBA  “regular” super flyweight champion Joshua Franco, who was in attendance to see his little bro win his first world title. The brothers could be the future of the division for years to come.