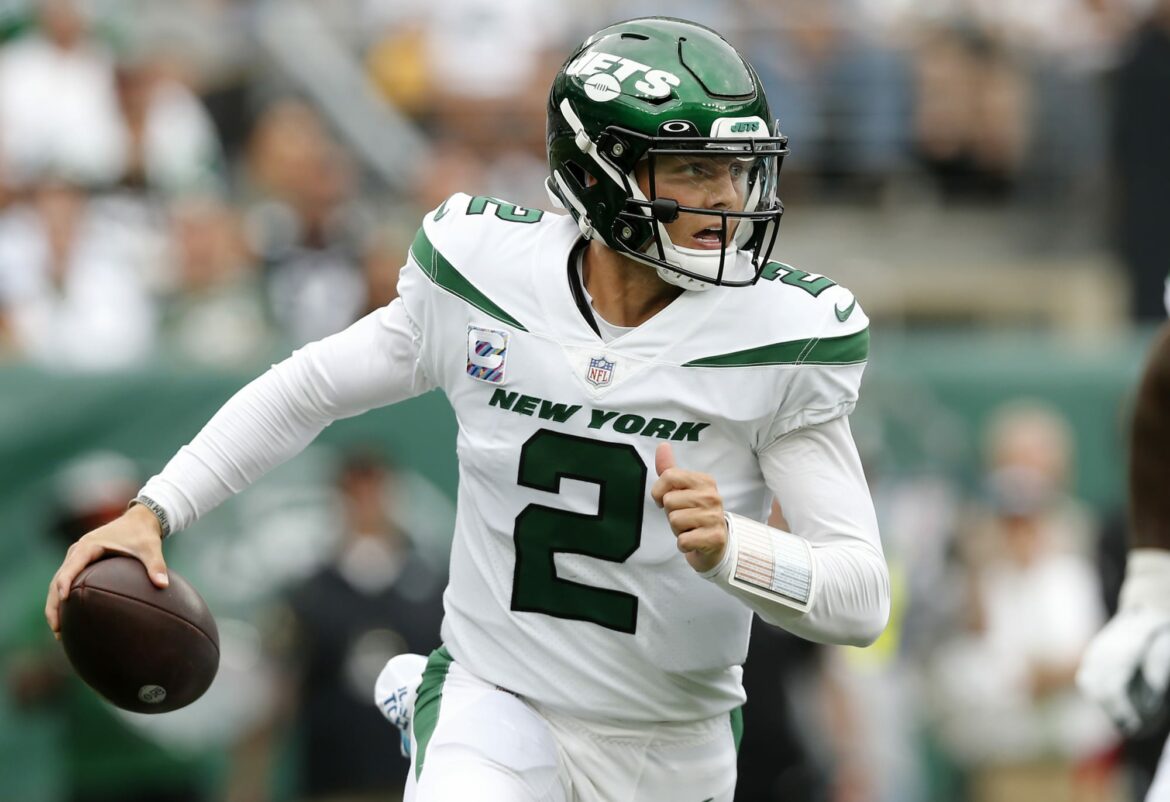 The New York Jets were dealt a pretty rough blow when their rookie quarterback Zach Wilson was sidelined with an injury back in week 7, but it seems like Wilson himself is handling the recovery process pretty well.

Wilson took to Twitter to have a little fun with some mild self-deprecating humor Wednesday evening.

Wilson is obviously more than aware of the jokes that he looks young and he’s willing to lean in and have some fun along with it.

Why not sit back and enjoy the humor?

While Wilson is focusing on his recovery, his team is a bit of a mess. The Jets sit at 2-7 and have lost four of their last five games, including their most recent disappointing contest: a 45-17 blowout loss against the Buffalo Bills.

As they face off against the Miami Dolphins at home on Sunday, the Jets will reportedly be turning to Joe Flacco, who isn’t exactly an elite option to fill in for the injured Wilson. But there aren’t many other great choices for New York to trust right now.

Wilson was great when he was with the BYU Cougars and there’s a lot of hope for his future. The Jets are far from a good team, but a lot of issues can be masked whenever you have a good quarterback. The Jets shouldn’t be in any hurry to rush Wilson’s recovery, but maybe they should be willing to give him the password to their Twitter account for a day or two while he rests.