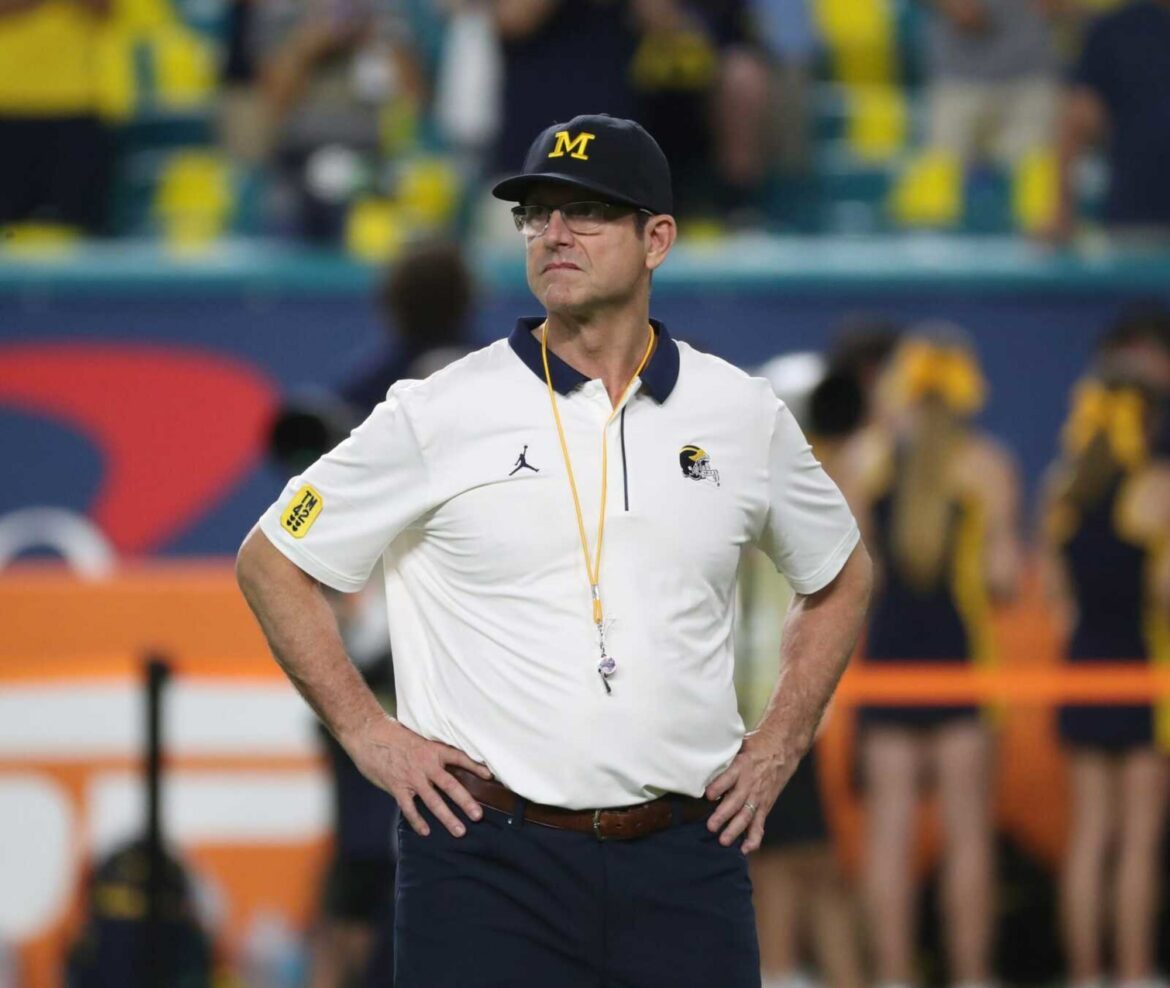 After interviewing with the Minnesota Vikings, Michigan football head coach Jim Harbaugh insists that this was a one time thing and he will not be going back to the NFL again.

After flirting with disaster, Michigan football head coach Jim Harbaugh found out the Minnesota Vikings were just not that into him.

That is fine, as every organization is looking for different things in key positions within the franchise. Harbaugh may have thought he had the Vikings job in the bag, but that clearly was not the case. Minnesota is expected to go with Los Angeles Rams offensive coordinator Kevin O’Connell as Mike Zimmer’s long-term replacement once Super Bowl 56 reaches its conclusion.

Though he did not 100 percent pull a George Costanza, Harbaugh is back in Ann Arbor and fully committed to the Wolverines going forward. He insists he is a Michigan man for good.

“I called Warde (Manuel, the Michigan athletic director) and I asked him if he wanted me to be the head coach. And he said, ‘Yes, 100 percent.’ And I said, ‘OK then. That’s what I want to do,’” said Harbaugh to Mitch Albom of the Detroit Free Press.

“And I told him, ‘Warde, this will not be a reoccurring theme every year. This was a one time thing.’”

Harbaugh is entering his eighth season as the head coach of his alma mater’s football program, having just come off a Big Ten Championship and Michigan’s first trip to the College Football Playoff ever.

Prior to arriving in Ann Arbor, Harbaugh had brief, but great success leading the San Francisco 49ers from 2011 to 2014. They reached the NFC Championship in three consecutive seasons, winning the NFC in 2012 and playing for the Super Bowl. Harbaugh lost to his brother John’s Baltimore Ravens in Super Bowl 47 in New Orleans. It had been the itch he could not scratch.

“Sure, the Super Bowl is the greatest prize in our sport,” said Harbaugh. “But winning a national championship. That’s pretty darn great. Let’s do that.”

“There was a pull to the NFL because I got that close to the Super Bowl, but this was the time (to try and return.) And this is the last time. Now let’s go chase college football’s greatest prize.”

Can we trust Harbaugh to stay put this time? He did leave his alma mater hanging on National Signing Day to actively pursue the Vikings job. Then again, Harbaugh did have his pay cut in half heading into this past college season. If Harbaugh were to have been offered the Vikings job, one would think Michigan would have quickly promoted either Josh Gattis or Mike Hart from within.

Ultimately, there is a ton of positive momentum at Michigan. This playoff berth, Big Ten title and win over Ohio State has built up credibility for Harbaugh going forward. While it is unwise to never say never, as one of Harbaugh’s former teams in the Indianapolis Colts could have a vacancy this time next year, he says he is not going to leave his alma mater on his own accord this time around.

The NFL itch may always be there, but Harbaugh has a top-tier job in the college football world.