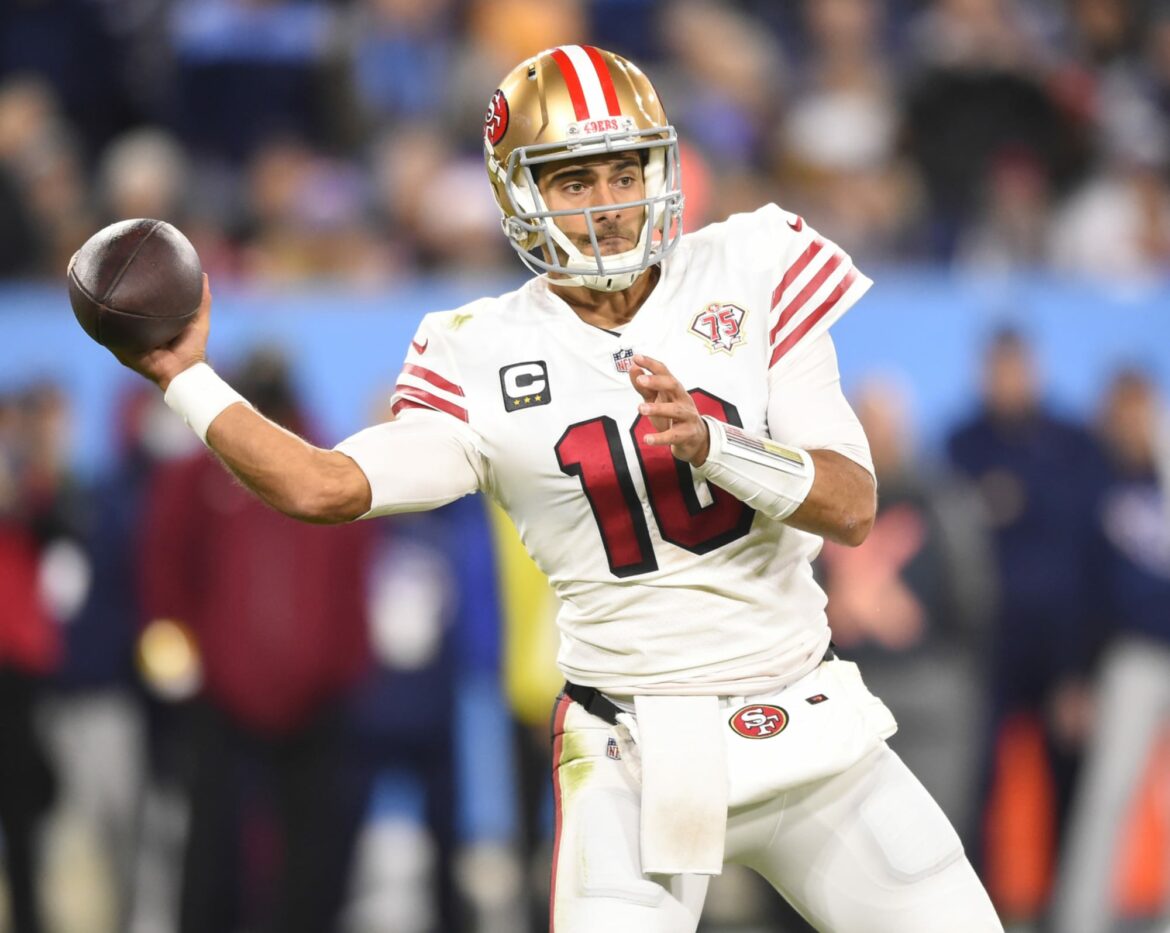 Jimmy Garoppolo’s bad interceptions against the Tennessee Titans proved once more that he’s not the future for the San Francisco 49ers.

With five wins in six games and a playoff hunt back in the picture, 49ers fans might have been tempted to rethink their stance on Jimmy Garoppolo as a viable quarterback for the franchise.

He’d engineered victories over the Rams, Vikings and Bengals. He’d thrown 10 touchdowns to three interceptions since Week 10. Maybe he could make something happen.

Then Thursday night happened and Garoppolo reminded everyone why San Francisco spent the No. 3 pick in the draft on a quarterback. It was a bad night for the QB, featuring two terrible interceptions.

The first pick was costly as Garoppolo sent the ball straight into the arms of a defender in the endzone.

The 49ers were in control of the game in the first half, but they could have been up by more than 10 coming out of halftime if not for that one.

The second interception was a terrible miss, clear over the head of the receiver and right to the safety.

The Titans went down and scored a touchdown to tie the game on the ensuing drive.

Technically, you could give Garoppolo another turnover because of his bad miss on a fourth-down throw to Brandon Aiyuk on the next drive as well. Tennessee scored again to take the lead after that one.

When things go downhill for Garoppolo, they decline sharply.

The 49ers may not be comfortable giving Trey Lance the reins just yet, but the time will have to come eventually. Garoppolo isn’t the guy.