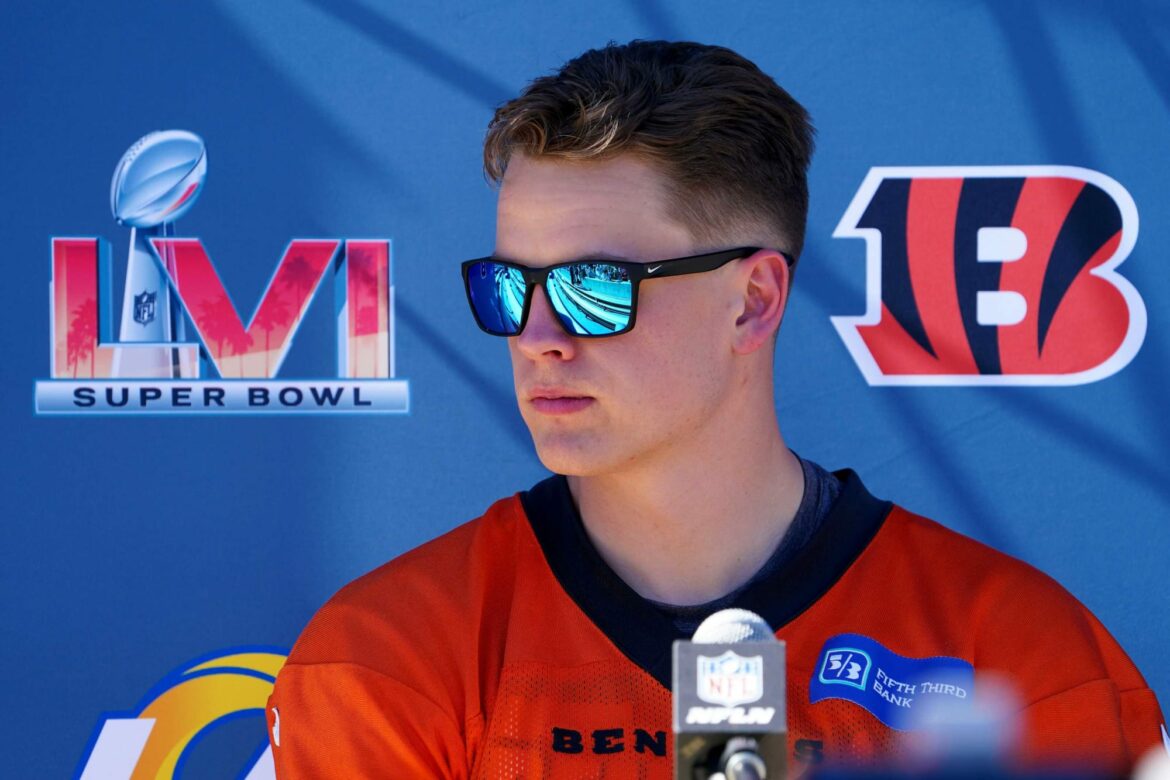 Cincinnati Bengals quarterback Joe Burrow threw some subtle shade at Los Angeles ahead of Super Bowl LVI against the Rams.

The Cincinnati Bengals look to score the biggest win in their franchise’s history on Sunday, Feb. 13. If they are to defeat the Los Angeles Rams in Super Bowl LVI, they will take home their first Lombardi Trophy. They will have to do so on the Rams’ home turf of SoFi Stadium in Inglewood, Calif.

When meeting with the media on Friday, Feb. 11, Burrow was asked whether he would ever live in Los Angeles. Burrow responded, saying he doesn’t think he would be able to…because he likes seasons and having a different wardrobe.

Burrow is all in on Cincinnati heading into the big game.

Speaking of the weather, the temperature for kickoff on Super Bowl Sunday is expected to be 85-degrees Fahrenheit. It will not be a cold day at the office for “Joe Brr.”

The Bengals won the Burrow sweepstakes in 2019 by having the worst record in the NFL, and look where they are now thanks to the quarterback. There was no sophomore slump for Burrow, who had just come off a rookie season that ended in 10 games after tearing his ACL. In the regular-season, Burrow completed a 70.4-percent of his passes (league-high) for 4,611 yards, 34 touchdowns and 14 interceptions.

At the NFL Honors, Burrow was named the 2021 Comeback Player of the Year.

Cincinnati had gone without a playoff victory in 31 years, but in Burrow’s first trip to the postseason, he gave them three. Now, he will look to get his fourth against the Rams, who have an electric offense and a dominant pass rush.

Burrow will look to get his first Super Bowl win in Los Angeles.